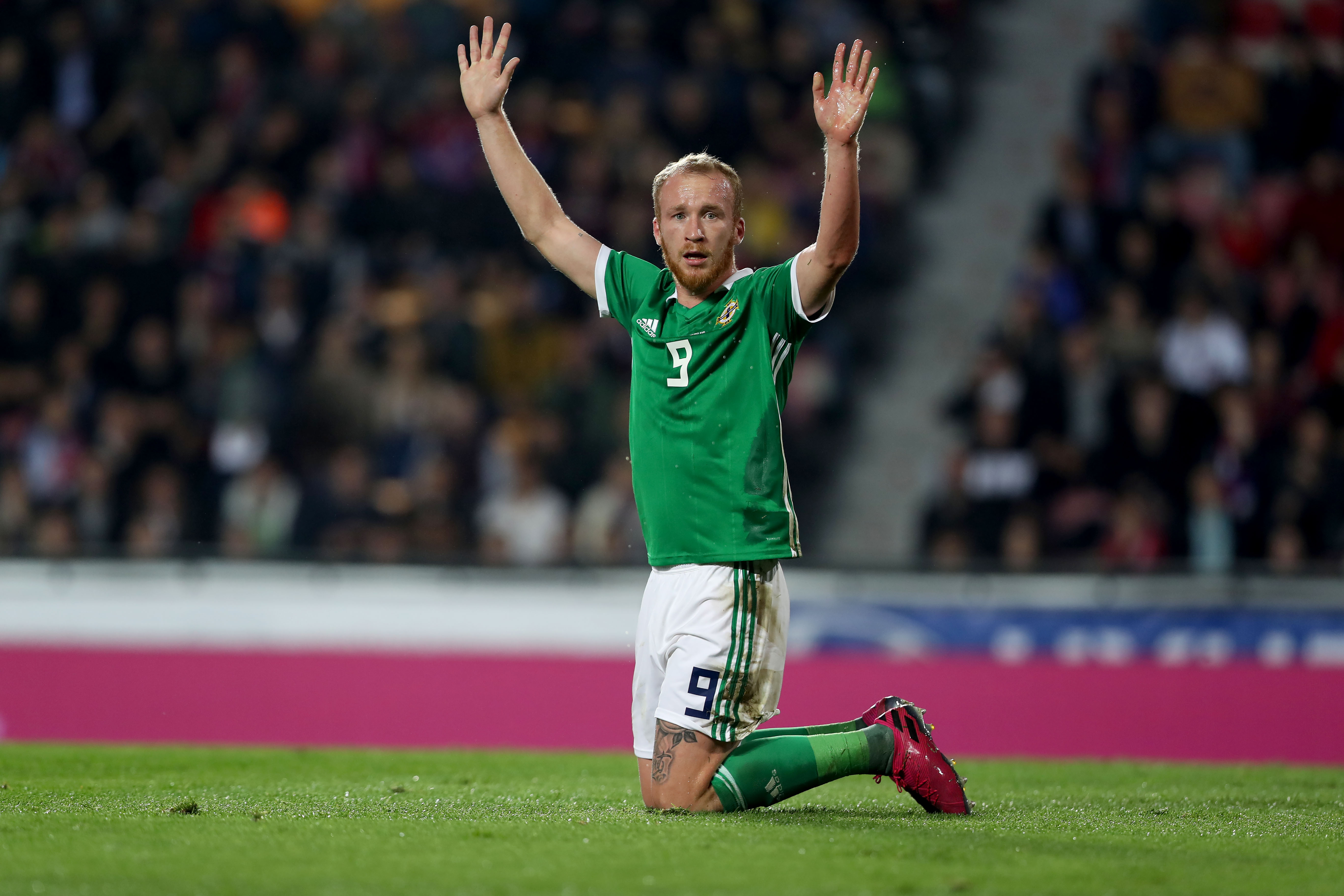 Striker Liam Boyce took his tally for the season to ten following his goal in Burton Albion’s 3-1 home win over Rochdale in League One at the weekend.

After the game Burton boss Nigel Clough praised the former Cliftonville player for his composure in sealing the Brewers’ victory with his side’s third goal eight minutes from time.

“It’s concentration. It’s very easy just to swing at a ball and it goes over the bar or wide,” said Clough. “Good players concentrate and are going to hit the target.

“Liam hasn’t smashed it, it’s almost trickled into the bottom corner. But he hit the target. He deserved his goal and it was a huge relief when it did go in.”

Former under-21 International midfielder Callum Camps scored Rochdale’s consolation with his eighth of the campaign.

The only other Northern Ireland player to get on the scoresheet at the start of a hectic Christmas fixture schedule was striker Caolan Lavery who helped League Two Walsall come back from 3-0 down to claim a point away at Exeter City.

Meanwhile, Stuart Dallas is confident that Leeds United will bounce back after their 2-1 defeat to Fulham in the Championship on Saturday.

“The good thing about it is that we have got another game in three or four days’ time, another massive game at home to Preston,” said Dallas.

“We have come off the back of seven straight wins so I wouldn’t look at it as a dip in form.

“We are of course pleased with our current position,” added the former Crusaders player. “If you had told us at the start of the season that halfway through the campaign we would be nine points ahead of the chasing pack, we would have bitten your hand off. “

Elsewhere in the Championship, Paddy McNair was suspended for Middlesbrough’s 2-1 win over Michael O’Neill’s Stoke City on Friday night, while Shane Ferguson played his first full game for Millwall since recovering from a cartilage injury.

In the Premier League, Jamal Lewis was again an unused sub as Norwich City lost 2-1 at home to Wolves while Leicester City’s Jonny Evans and Craig Cathcart of Watford both played the full 90 minutes in their respective games against Manchester City and Manchester United.

In Scotland, winger Niall McGinn chalked up his sixth assist of the season as Aberdeen fell to a 2-1 defeat at Champions Celtic while Michael Smith also registered an assist for Hearts as they remain bottom of the table following a 2-1 reverse at Hamilton Academicals.

Finally, midfielder Liam Donnelly was substituted a minute before the break after picking up an injury in Motherwell’s 1-0 success at Kilmarnock.