Draw is made for Irish Cup fifth round

The draw for the fifth round of the Sadler’s Peaky Blinder Irish Cup took place in Belfast this afternoon.

Thirty two teams will battle it out to book their spot in the next stage of the competition when the games come around on 4 January.

Staff and players from each of the clubs left in the cup attended the draw at the National Football Stadium at Windsor Park.

The tie of the round is arguably the all-Premiership clash between Glenavon and Coleraine at Mourneview Park. Both clubs are recent winners of the trophy and will both be keen to have an extended cup run.

Cup holders Crusaders will begin their campaign to retain the trophy with a home tie against Championship side Dundela.

And Championship side Ballinamallard United, who were defeated by the Crues in this year's final, will face intermediate side Dollingstown in the fifth round.

There are a couple of David v Goliath clashes, including a tie at Solitude between Cliftonville and intermediate side Hanover and another at Inver Park which sees Larne take on Belfast Celtic.

Here’s the draw in full:

All ties are scheduled to be played on Saturday 4 January 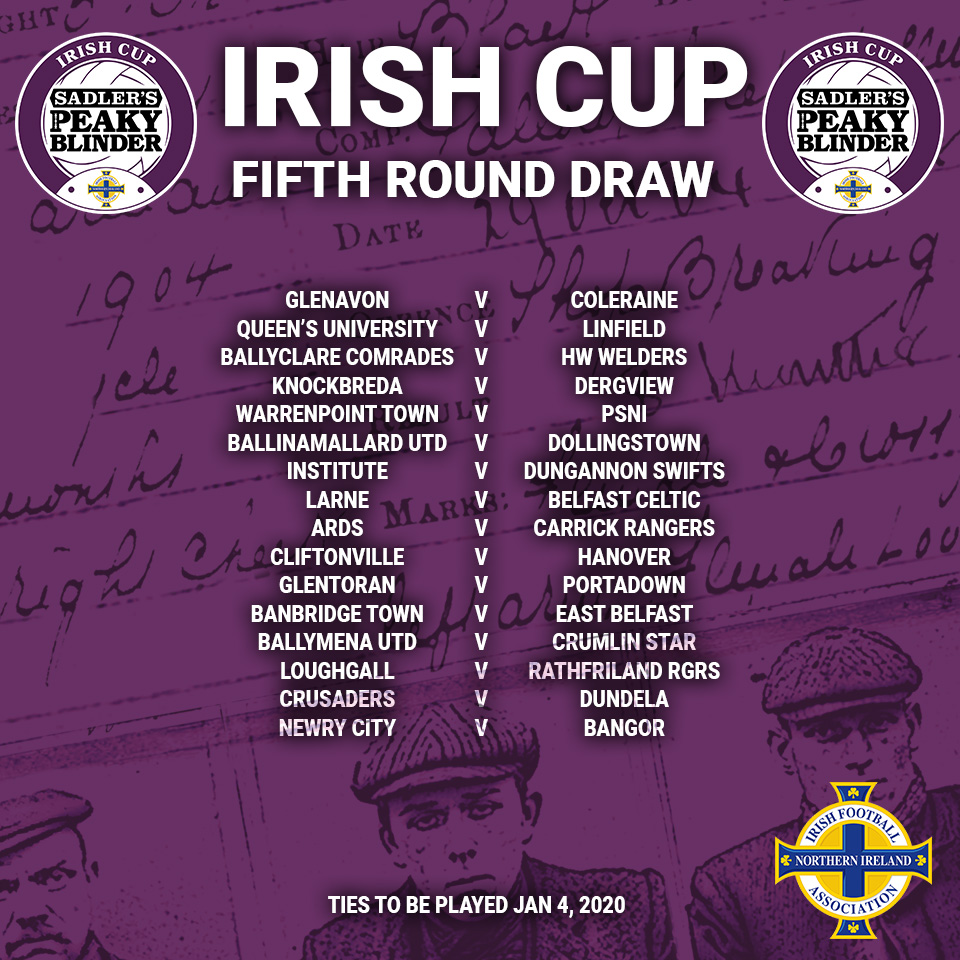