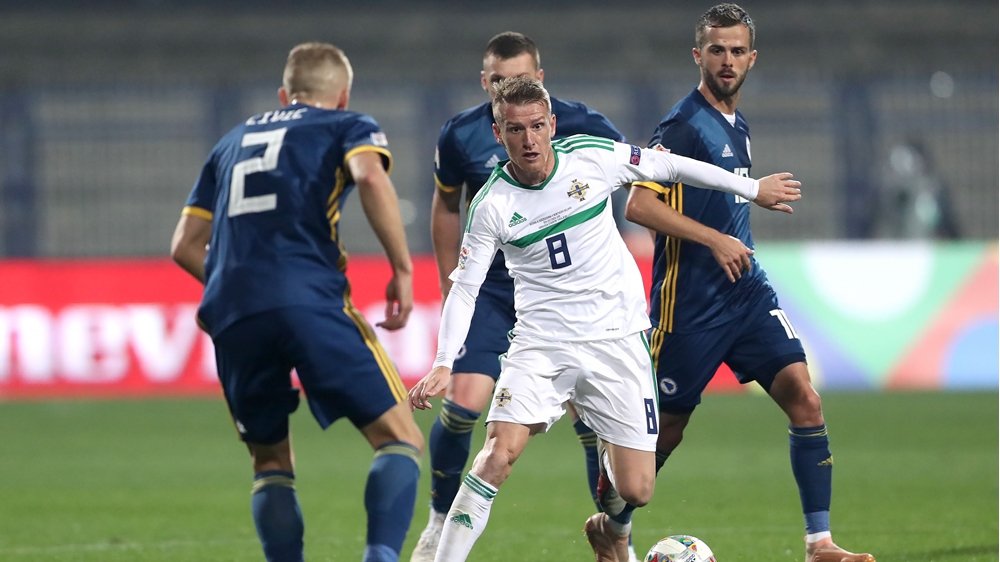 The venue for Northern Ireland’s UEFA Euro 2020 play-off semi-final has been confirmed.

Michael O’Neill’s side will face Bosnia and Herzegovina at Stadion Bilino Polje in Zenica which is just over 40 miles north of capital city, Sarajevo.

The ground, which has a capacity of 15,600, is the home of Bosnian Premier League side NK Čelik and is one of two stadiums used by the national team.

The play-off semi-final is scheduled to take place on Thursday 26 March (1945 kick-off). If Northern Ireland progress they will host the winners of Slovakia and the Republic of Ireland at the National Football Stadium at Windsor Park in Belfast on Tuesday 31 March.

Northern Ireland last played Bosnia away in October 2018 at the Stadion Grbavica, Sarajevo, when an Edin Džeko double saw them fall to a 2-0 defeat in the UEFA Nations League.