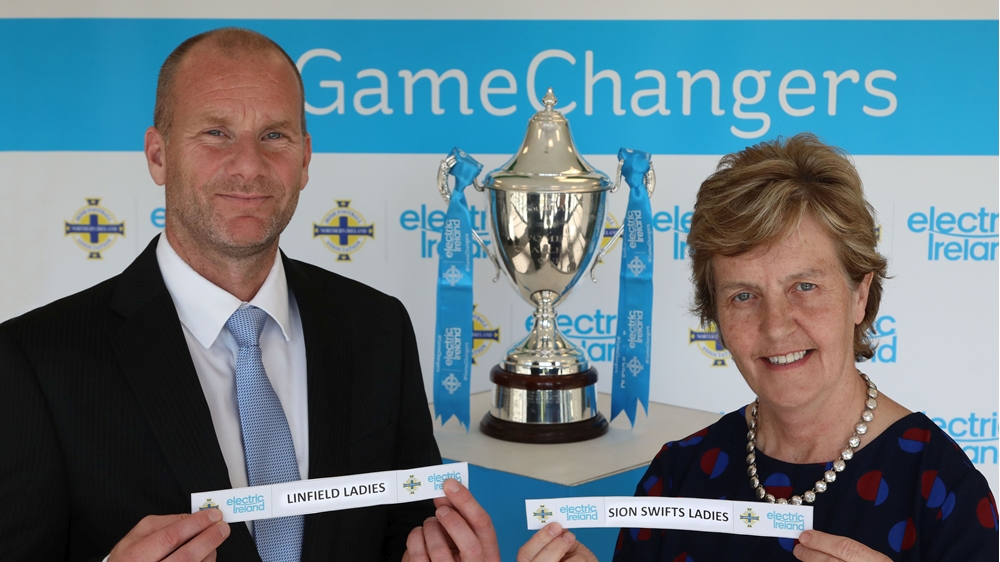 Cheryl, who has been involved in football in Northern Ireland for more than 30 years as a player, manager and administrator, is Chief Executive and Accounting Officer for Probation Board for Northern Ireland.

She has been made a Commander of the Order of the British Empire (CBE) for services to criminal justice.

The Irish FA President said: “I extend congratulations to Cheryl from all at the Irish Football Association.

“I am pleased that Cheryl’s work in the criminal justice system has been recognised with the award of CBE. And I am sure all in the football family in Northern Ireland will join me in congratulating her.”

Cheryl was instrumental in helping to set up the Stay Onside programme, which is aimed at diverting young people away from criminal behaviour.

The Irish FA administers the programme in partnership with the Department of Justice, PSNI, Northern Ireland Prison Service, Probation Board, Youth Justice Agency and various community groups and charities.

Stay Onside - it is delivered in both custodial settings (Maghaberry, Magilligan, Hydebank and Knockbracken) and in community settings - enables participants to gain a coaching qualification and improve their communication and presentation skills, and it offers literacy support and mental and physical wellbeing awareness, too.

The President applauded her work with Stay Onside and her support for women’s football and football in general.

She has been involved in women’s football in Northern Ireland for more than 30 years, all in a voluntary capacity.

Following her playing days she became a coach at international level and then team manager of Glentoran Belfast United where she became Northern Ireland’s most successful club manager in women’s football.

Moving into administrative roles, Cheryl joined the Co Antrim FA Women’s Cup Committee in 2013 and is currently vice president of the association.

She became a member of the Irish FA Council in 2014 and the Irish FA was successful with her nomination for a position on the UEFA Women’s Football Committee last June.