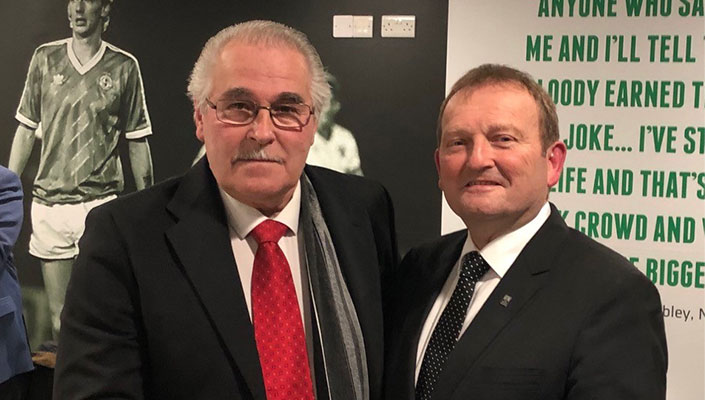 Bobbie Reid has been recognised by the Irish Football Association for his services to football in Northern Ireland – and in particular his work with the association over the past 25 years.

Bobbie, match secretary in the Newcastle and District League, is currently serving on the association’s disciplinary committee.

A member of the Irish FA Council for 25 years, he is also a member of the Junior and Youth Cup Committee. And he has served on various other association committees down the years.

He thanked him for his “sterling work” for the association and applauded his 50 years-plus work with the Newcastle and District League.

Bobbie is also a member of the County Antrim and District FA, which covers Co Antrim and large swathes of Co Down. He represents the Co Antrim FA (also known as North East FA) on the Irish FA Council.