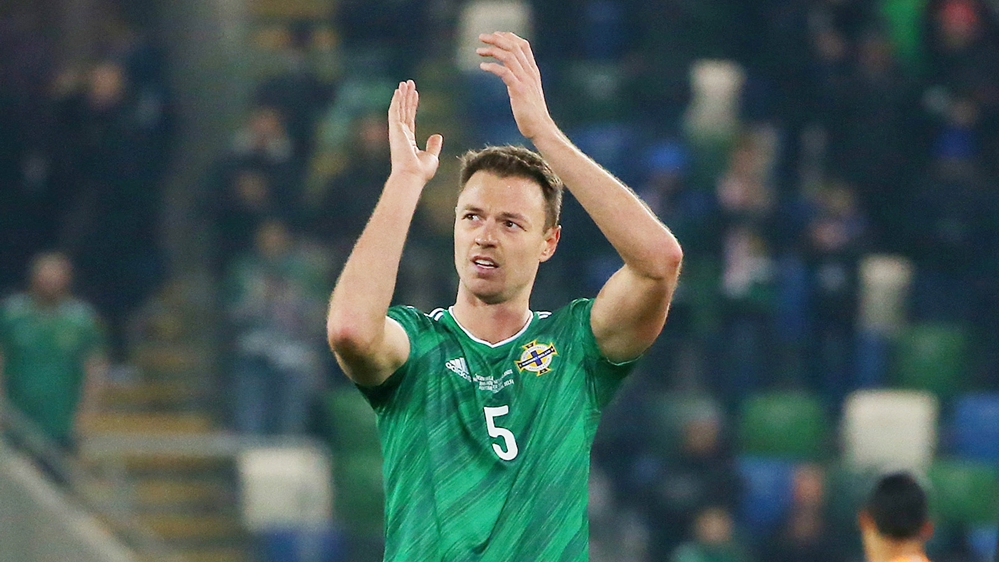 The 31-year-old powered home a header for the Foxes’ third goal just four minutes after the break as Brendan Rodgers' side consolidated second spot in the table - eight points behind runaway leaders Liverpool.

“We’re up there, we’re challenging and playing well,” said Evans, “it’s good to be talked about as title contenders. People want recognition for how they’re playing."

“Everyone likes to be talked up a bit. It’s nice that people are talking about us," added the former Manchester United defender who won three league titles during his spell at Old Trafford.

“There’s a long way to go but we’re all really enjoying it, which is a big factor.”

The 26-year-old, who was sent off against Derby County before the last international break, admitted he was happy with his current form.

He said: “I had a few games before the Derby game and started to get into my stride but the red card was obviously really hard to take on a personal level.

"You feel like you’ve let the side down, so when you do come back from suspension you’re even more determined and you want to step up.

“This was a big result, especially with it being at home,” added the former Millwall player. “We want to give these fans something back. It’s been a tough season for the fans and for us.

“On a personal note, it was nice to get the winning goal.”

Missing from the Middlesbrough squad on Saturday was influential midfielder Paddy McNair who was suspended, while Gavin Whyte (hamstring), Josh Magennis (hamstring) and Shane Ferguson (cartilage) were all absent again, though the latter is back in training and could be available for Millwall’s trip to Bristol City on Tuesday evening.

However, Jamal Lewis did play his first game for Norwich City since picking up a knee injury in the scoreless draw with Netherlands. He came on as a substitute in the Canaries' 2-1 Premier League defeat at home to Sheffield United.

Northern Ireland skipper Steven Davis was ruled out of the Rangers team which lost 1-0 to Celtic in Sunday's Scottish League Cup final. Davis had picked up a calf complaint in the win over Aberdeen in midweek.

“He had no chance of making the game,” admitted Rangers boss Steven Gerard, “He has a calf injury and will miss two to three weeks.”

Finally, Corry Evans chalked up his first assist of the season when he provided a superb pass for Adam Armstrong to score the only goal of the game as Blackburn Rovers overcame Derby County at home in the Championship.