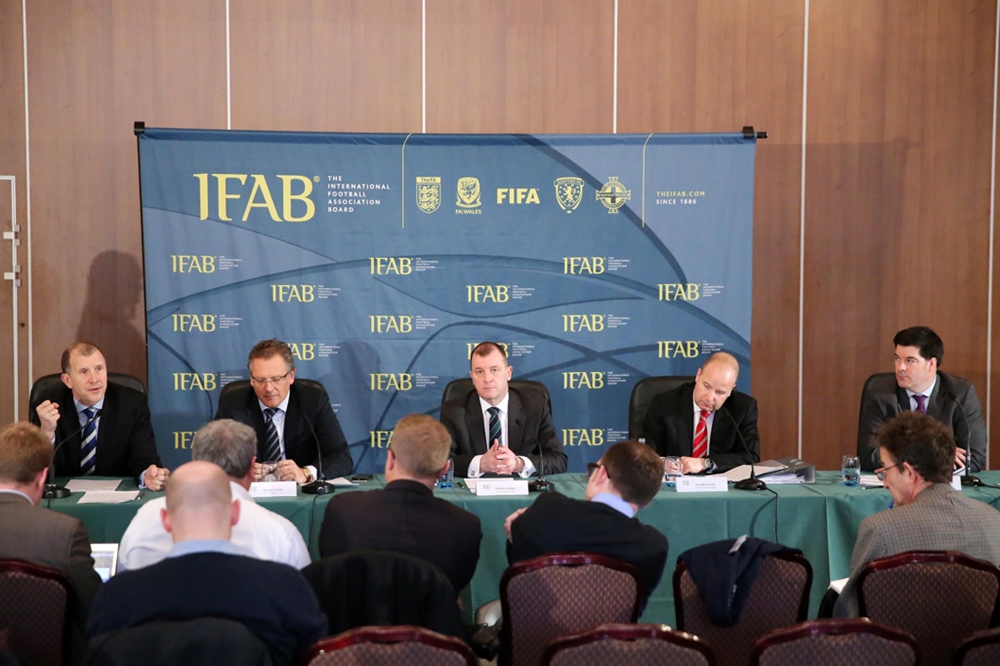 Today’s AGM, chaired by Irish Football Association President Jim Shaw, followed on from the inaugural meetings of two new advisory panels – the Football Advisory Panel and Technical Advisory Panel – in November 2014, which brought together experts from across the world of football to support the board with greater expertise before decisions on the Laws of the Game are passed.

Following further analysis of the so-called 'triple punishment' (Law 12) of sending off, penalty and suspension for the denial of an obvious goal-scoring opportunity within the penalty area, The IFAB agreed that the punishment is too harsh and that a solution must be found. The proposal put forward by UEFA, including a provision that detailed specific instances where a referee should issue a caution instead of a red card, was rejected. After much debate, The IFAB agreed in principle that one element of the triple punishment may be removed and that this element should be the automatic one-match suspension that is currently defined in the FIFA Disciplinary Code.

The IFAB has tasked FIFA and its Disciplinary and Legal Committees to investigate the feasibility of administering on a global level the removal of the automatic one-match suspension for offences relating to the denial of an obvious goal-scoring possibility that are not considered serious infringements. Subject to the outcome of that analysis, FIFA will submit a proposal for potential changes to the FIFA Disciplinary Code to the FIFA Executive Committee in March for decision.

In relation to Law 3 – The Number of Players, The IFAB made a ground-breaking decision to allow for return substitutions in the lowest levels of football. It follows the success of two separate pilot programmes run by The Football Association and The Scottish Football Association, the results of which demonstrated substantial increases in participation levels across the game. The new provision outlines that the use of return substitutes will be subject to agreement of the member association concerned.

Also in relation to Law 3, The IFAB remains of the view that a total of three substitutions is the appropriate number for a football match. It was agreed that the proposal for a fourth substitution in extra time, which was on the agenda today, should be assessed by the advisory panels before any further discussion by The IFAB.

On the matter of electronic performance and tracking systems, The IFAB approved in principle the use of such devices, on the condition that the data is not made available to anyone inside the technical area during a match. The next step will be the introduction of a quality programme in order to categorise such devices, to regulate their use, and to ensure the validity and reliability of the collected data, before any changes to the Laws of the Game can be considered by The IFAB.

With regard to the potential use of video to support match officials, an extensive discussion took place during the AGM including feedback from the two advisory panels. The IFAB decided that this topic should continue to be discussed by the panels in more detail.

Other topics to be referred to the panels include handling the ball, the potential use of “sin bins” and the interpretation of the offside law. A proposal from US Soccer regarding stopping the clock was not approved.

The two panels are scheduled to meet twice this year before November’s Annual Business Meeting, which is a working meeting of The IFAB where potential changes to the Laws of the Game can then be put forward to the AGM for decision.

As a final agenda item, The IFAB acknowledged the contribution of the late William McCrum, who, as a member of the Irish FA, proposed the idea of the penalty kick in 1890. FIFA has agreed to fund the restoration of William McCrum’s grave, which has fallen into disrepair.

The modifications to the Laws of the Game made at today’s AGM will come into effect on 1 June 2015. 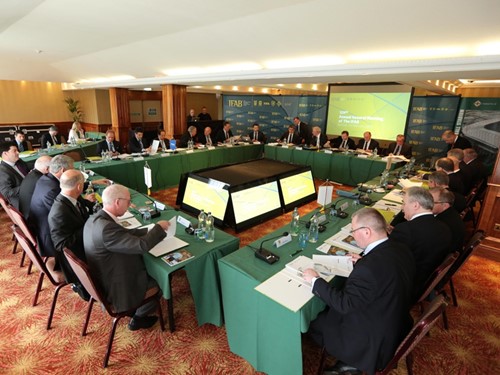 THE 129th Annual General Meeting of the International Football Association Board (The IFAB) took place today, Saturday 28 February, at the Culloden Hotel. 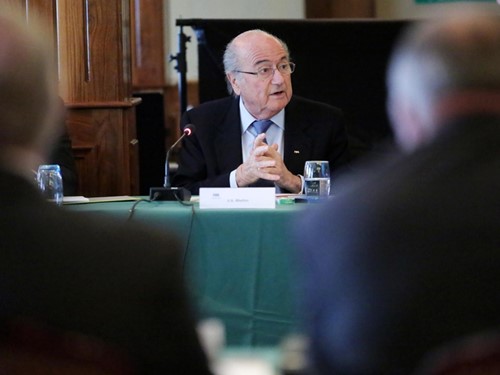 FIFA President Sepp Blatter pictured during the 129th Annual General Meeting of the International Football Association Board which took place today at the Culloden Hotel.