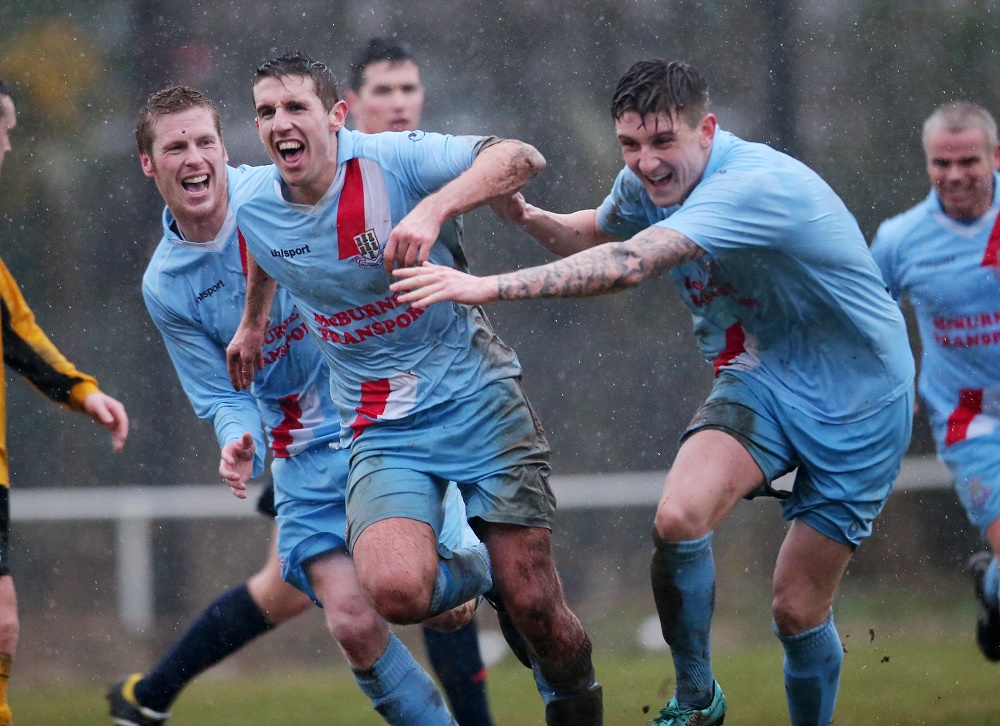 Premiership leaders Crusaders recovered from a goal down at the break to sweep past Carrick Rangers en route to the semi-finals.

Gary Haveron's side led through a Craig McClean own goal after the Crues defender turned a Miguel Chines cross into his own net on 42 minutes.

Richard Clarke levelled for Crusaders ten minutes into the second half following a goalmouth scramble before he turned provider for Diarmuid O'Carroll to head home shortly after the hour mark.

Stephen Baxter's side made sure of victory with two goals in the final five minutes - Clarke's second, a free-kick and Gavin Whyte with a thunderous strike from inside the area.

Glentoran produced a workmanlike performance to continue their progression in this season's Irish Cup.

Curtis Allen opened the scoring after just 14 minutes when he pounced on the ball after Alvin Rouse had touched a David Scullion effort onto an upright.

That was how it stayed until midway through the second half when Marcus Kane found the net before, with five minutes remaining, Niall Henderson tucked away a spot-kick awarded for a David Armstrong foul on Allen.

A Gary Thompson goal deep into stoppage time saw Ballymena United book their place in the semi-finals at the expense of HW Welders at Tillysburn Park.

Thompson struck following a goalmouth scramble in the 94th minute to break the hearts of the Championship 1 side who had looked on the cusp of causing an upset with just over a quarter-of-an-hour remaining.

Michael McLellan had fired the Welders in front ten minutes before half-time from the spot after Craig Gardiner had upended Chris Middleton.

And he doubled their lead on 51 minutes after being played through by Mark Magennis.

United thought they had reduced the deficit on 75 minutes only for Matthew Tipton to miss from the spot but, barely four minutes after that, Darren Boyce did pull one back before Tipton made amends on 85 minutes with a spectacular effort in off the crossbar.

Two Gary Twigg goals helped Portadown dispose of Linfield at Shamrock Park despite a spirited second half attempt at a revival from the visitors.

Chris Casement knocked the Ports in front after just seven minutes from the spot before Twigg added a second on 22 minutes after a Glenn Belezika clearance fell into his path.

Then, a couple of minutes from the break, he added a third after Peter McMahon had won the ball to create the opening.

Stephen Lowry pulled a goal back for Linfield on 72 minutes after teaming up with Andrew Waterworth.

And, with five minutes remaining, he reduced the arrears further from a Sean Ward ball but despite their best efforts Linfield were unable to find that elusive third goal. 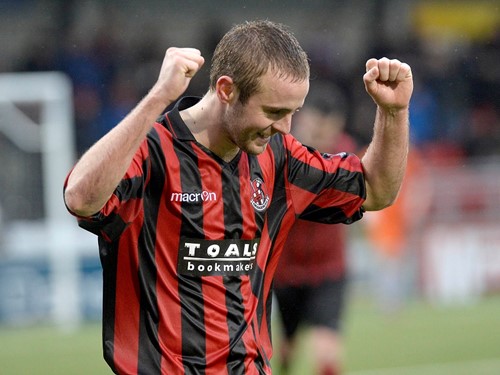 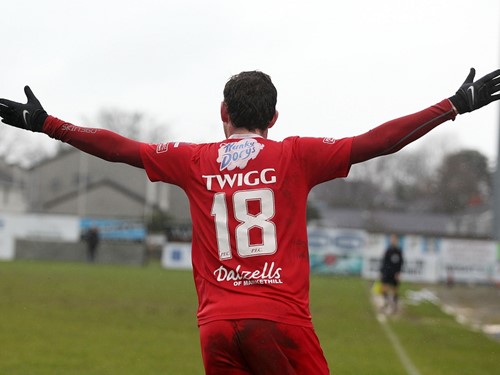 Gary Twigg scored twice for Portadown in their defeat of Linfield 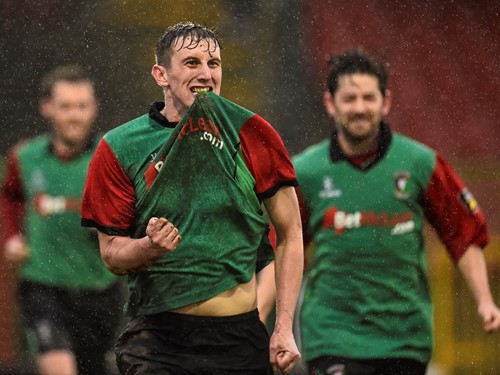