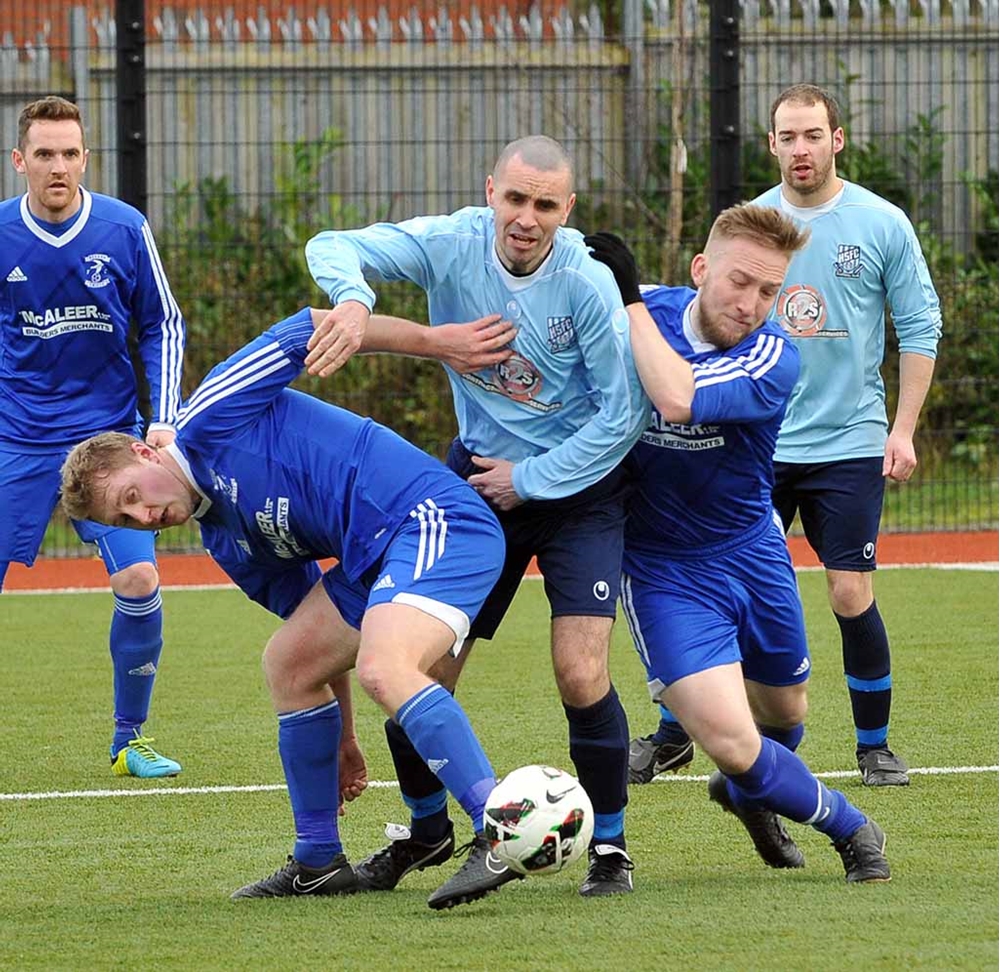 Today's 'Tie of the 5th Round" of the IFA Junior Cup saw a game worthy of a Cup Final.

The home team Hill Street where shocked by a 3rd min goal from the visitors Beragh Swifts player Michael Brown but the home team quickly replied and equalized with a strike from Ian Denny to draw the sides level.

It was a game that saw both teams perform at 100% and no one wanted to give a inch.

Hill Street took the lead on 9 mins with a well worked goal from Paul Greenaway and this seemed to settle both sides down but you knew more goals were coming.

On the 23rd min Beragh's Paul Kelly saw red for a second bookable offence and that saw Beragh's regroup and the 10 men looked every much as effective as a full strength Hill Street.

Beraghs pressure payed of when they equalised in the 28th min with a shot from the penalty spot by Stephen Brown and semed to have got their second wind and were up for the challenge.

As time ticked by to the end of the first half Beragh struck again with another goal from Michael Brown on the 43rd min.

The second half again started and continued at a blazing pace and credit should be given to both teams for their fitness throuout the game.

Both sides had chances, posts and crossbars rattled, penalty calls and great saves from both keepers but alas it looked like the visitors would be taking home the victory until the 89th min when Hill Street drew the tie level with a goal from Steven Lawson which saw the tie enter extra time.

The first half of extra time saw both sides go for the victory but on the 95th min Hill Street took the lead with a goal from Greame McCoy and the same player doubled his tally on the 104th min and saw Hill Street win a very enjoyable game and progress into the quarter finals of this seasons IFA Junior Cup.

The 'Man of the Match" Michael Brown of Beragh Swits received his trophy from IFA Junior Committee member Norman Livingstone.

Other Results from today's Matches.

Hill Street 5 v 3 Beragh Swifts *TIE OF THE ROUND* 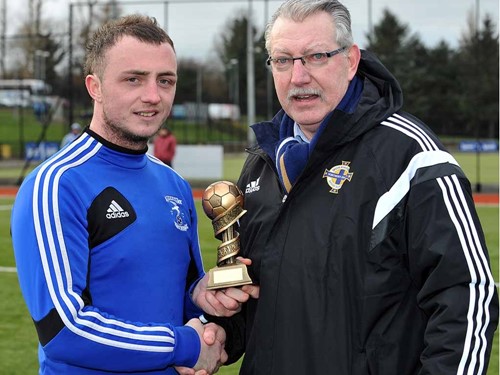 Norman Livingstone of the IFA Junior Committee presents Michael Brown of Beragh Swifts with his "Man of the Match" trophy. 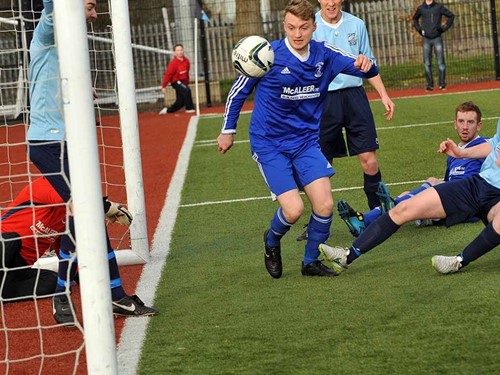 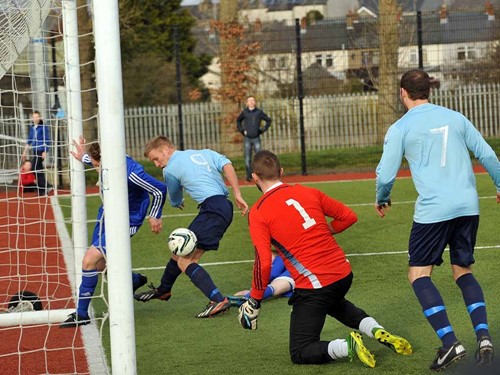 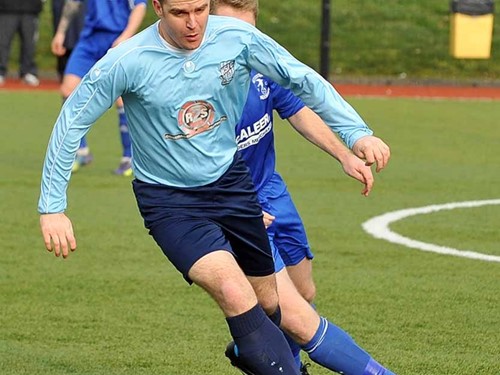 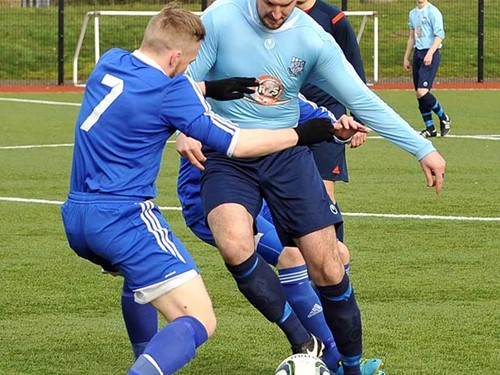 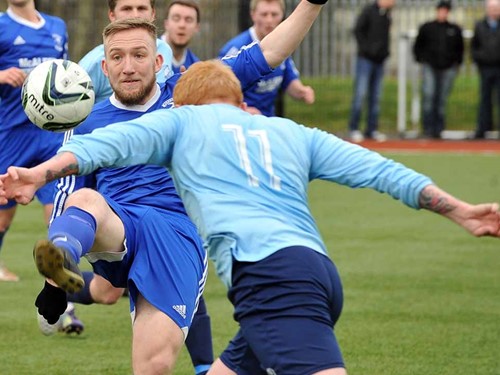 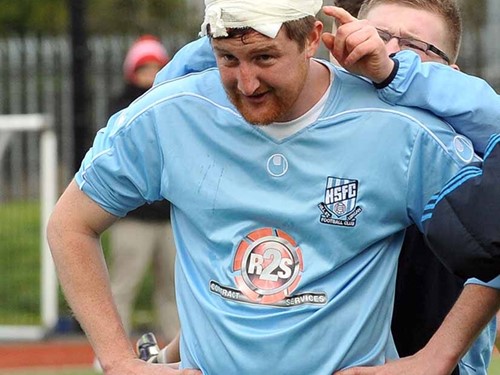 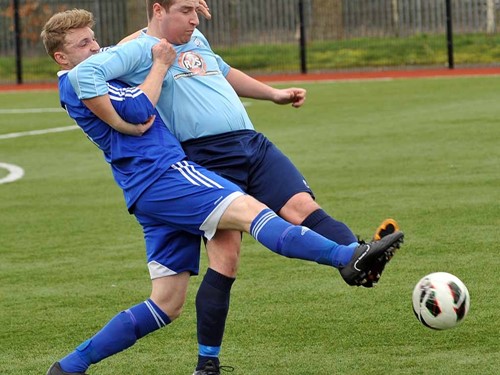