Ni U19 Women Take On Estonia 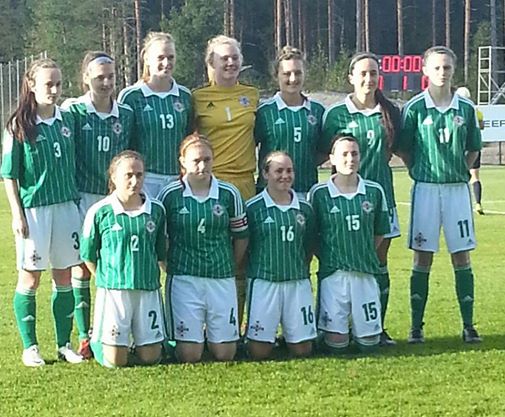 Northern Ireland are no strangers to the Estonia squad, and are mindful of their energetic and competitive nature. The last meeting between the teams took place in August 2014, with Northern Ireland coming out on top with a 2-0 and 1-0 victory.

National Women’s Coach Alfie Wylie stated “We have a great relationship with Keith Boaness (Estonia Head Coach) and Estonia and we are delighted that they have agreed to the games. Having played Estonia before, we found them to be very difficult to beat and we had two very close games, so we will be keen to see how much we have progressed since then.”

The Northern Ireland U19’s have made excellent progress and having qualified in Finland for the UEFA Women's U19 Championship - Elite MIni Tournament, they have been drawn in a tough group of England, Switzerland and Norway which will be hosted in Northern Ireland between 4th-9th April. Alfie Wylie however ensured that the squad are excited and looking forward to embracing the challenge ahead. He shared his views on the importance of the upcoming friendly fixtures and stated:“The upcoming games are a good test for the squad, as it will help monitor their fitness levels. These games along with the recent match against Australia are the first games the girls will have played since qualifying. The fixtures will help certain players gain some valuable playing time and provide them with a chance to showcase their talent to the Northern Ireland management.”

“A squad of 20 players has been selected for the Estonia games and with a few players missing through injuries, the games are a great opportunity for players to stake a claim for the final squad of 18 which will be announced in March.”

Both fixtures are free entrance, so remember the dates (Tuesday 17th and Thursday 19th February) and come show your support as it will verify to be an exciting contest and an entertaining event for everyone.
For further information: Please Contact: Niall O’Neill (noneill@IrishFA.com)