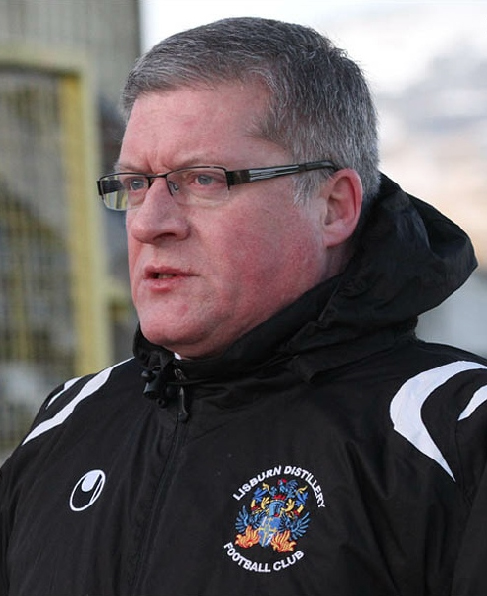 The Comrades reached this round by virtue of a 3-1 victory over Queens in round 4 with goals from Andrew Simpson, Simon McGowan and Kyle Buckley.

It was a similar scoreline for the Whites against Malachians with Marty Jones, Sean Southam and Robbie White doing the damage.

The Championship 1 sides clashed at the end of January at Ballyskeagh with the Dixon Park side romping to a 6-2 win, but will this have any influence on the Intermediate tie?

"Absolutley not" says Ballyclare midfielder Samuel McIlveen, "We have a number of players cup tied, so this will be a completly different ball game and no doubt the Whites will be looking revenge, Lisburn Distillery beat us earlier on in the season so we expect a close but tough encounter."

"Davy and Ross Oliver bring a freshness and a different voice to training, Under Eddie Hill's direction they have changed things a little and I think we are getting the rewards on the pitch, Saturday's game is all about getting into the hat for the next round."

For Whites Boss Tommy Kincaid, he see's it as a chance to put things right from a tough day at the office;

"Without taking anything away from Ballyclare, we were poor on the day. It's a great incentive, to right so many wrongs, we simply didnt turn up or compete and the manner of that defeat hurt everyone connected with the club."

Kincaid continued, "It's a nice wee break from the League and a chance to reach the quarter finals with a nice trophy up for grabs, we beat the Comrades earlier on in the season on their own patch and we will be looking to do the same again on Saturday."

Kick off in the Dixon Park tie is 3pm.

Rest of the fixtures,

(all games kick off at 1-30pm unless stated) 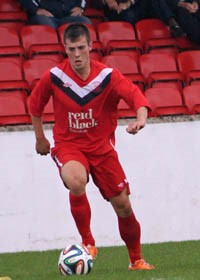