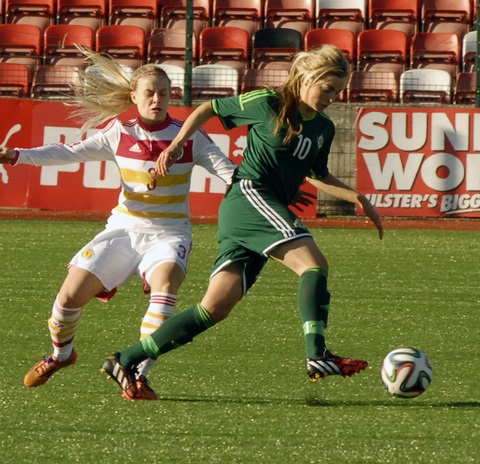 Alfie Wylie’s team started well and soaked up early pressure as Scotland’s Fiona Brown made a series of runs down the wing.  Rachel Corsie came close to opening the scoring in the 8th minute but Northern Ireland’s Emma Higgins made a great save.  Higgins made another save on 21 minutes as Kim Little dribbled into the penalty area, and just two minutes later captain Ashley Hutton made a fantastic sliding tackle to prevent another Scottish shot on target.   Scotland then scored two goals in two minutes as Jane Ross’ shot hit off both posts before crossing the line, and Caroline Weir’s close-range effort found its way past the impressive Higgins.

Scotland made it 3 – 0 on 47 minutes as Caroline Weir scored a spectacular goal from 20 yards.  Avilla Bergin looked lively for Northern Ireland but no-one could get onto the end of her crosses into the box.  Jane Ross scored her second, and Scotland’s fourth, on 73 minutes with another long distance effort, which impressed the attending fans.   Northern Ireland pushed for a goal but couldn’t find a way past the Scotland defence. 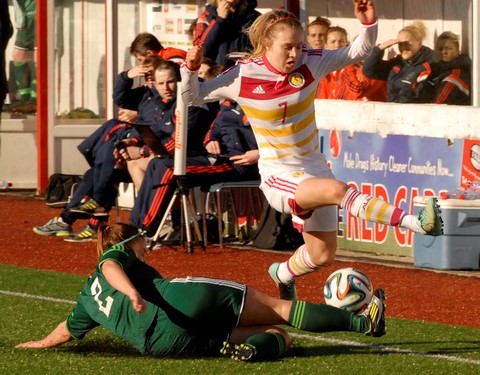 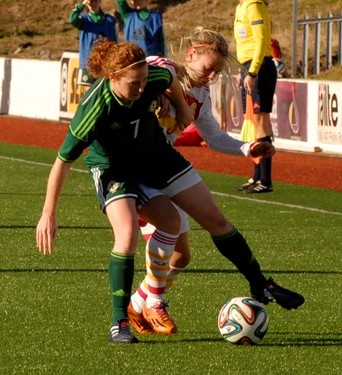 Marissa Callaghan in possession against Scotland 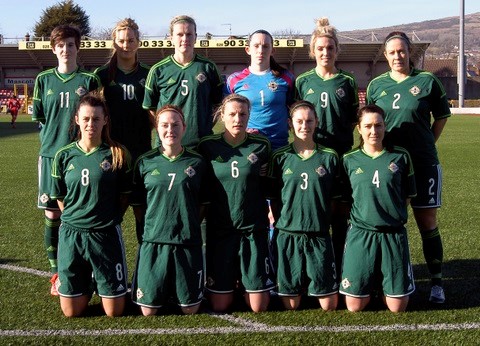