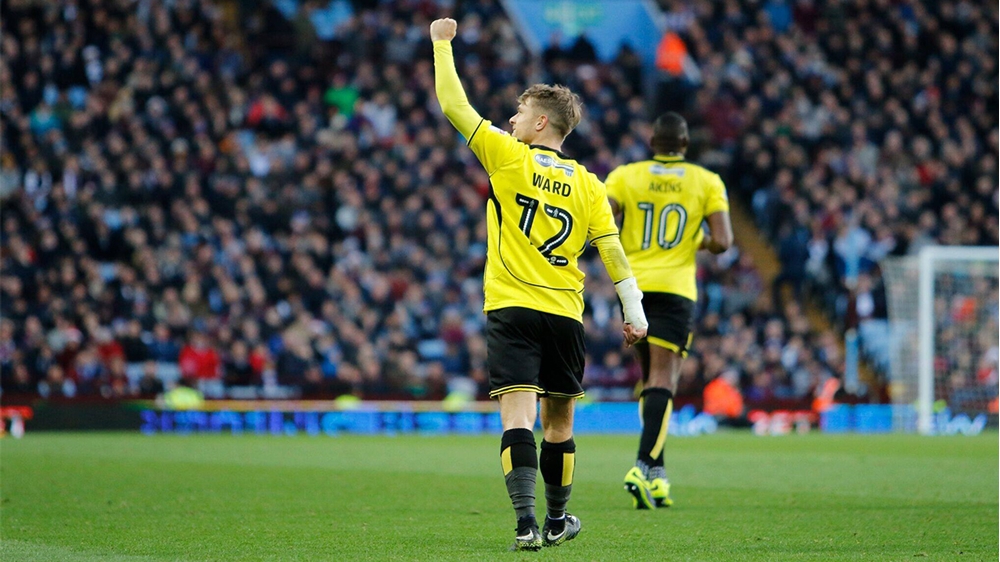 Jamie Ward’s good form continued when he scored his second goal in four games for Burton Albion, however, it was not enough to prevent Nigel Clough’s men going down 2-1 in the Championship at an ever improving Aston Villa.

The 30-year-old scored with an acrobatic volley just past the half hour mark at Villa Park to register his fifth of the season and the goal would have been made all the sweeter as Ward started off his career as a trainee with the Birmingham outfit.

Elsewhere Northern Ireland under-21 international Ben Kennedy made it six for the campaign when he found the net in Stevenage’s 2-1 home defeat by Cambridge United in League Two.

Although Stevenage boss Darren Sarll was disappointed to drop three points at home he was full of praise for the 19-year-old from Lisburn.

The only other Northern Ireland player to hit the target on Boxing Day was former Larne midfielder Jeff Hughes who scored for the second game running to earn all three points for Tranmere Rovers who defeated Macclesfield 1-0 at home in the National Conference.

In the Scottish Premiership games played last Friday (23rd December) Niall McGinn clocked up his eighth goal of the season as Aberdeen continued their chase for second place with a 3-1 victory at Motherwell.

Meanwhile, McGinn’s international colleague Liam Boyce made it five goals in six games when he scored in Ross County’s 3-1 home defeat to Partick Thistle, the former Cliftonville man has now scored 11 goals this term just nine short of his total for the whole of last season.

Finally, striker Martin Paterson is seeking a new club after his short-term contract at Port Vale came to an end after the League One side’s 1-0 reverse at home to Walsall yesterday.

The 29-year-old only arrived at Vale Park in the summer and scored three goals in eighteen appearances during his brief spell with the Potteries outfit.