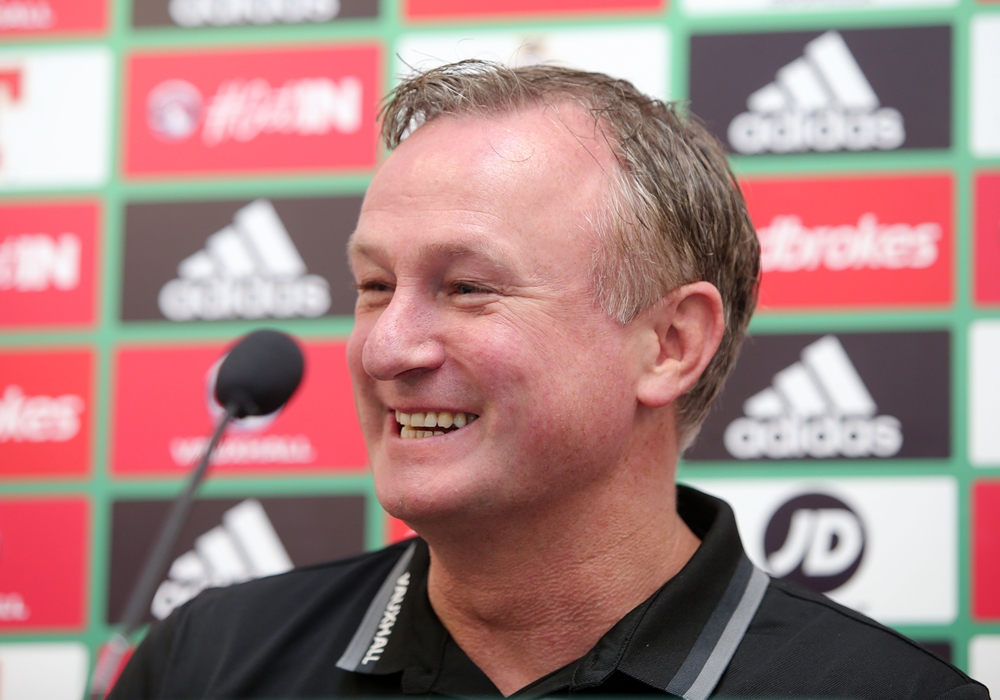 Michael O’Neill has capped a remarkable year by being awarded an MBE in the New Year’s Honours List. The 47 year-old took Northern Ireland to EURO 2016 in the summer, the country’s first major tournament in 30 years. There, he guided the side to a memorable 2-0 win over Ukraine which in turn led to qualification for the last 16 of the tournament.

Despite being a history-making manager, O’Neill is quick to share the credit when it comes to picking up this individual honour:

“It’s fantastic and totally unexpected to be honest,” he says. “In many ways I am just getting the recognition for what the team and the association have achieved in recent years. It’s not only about the past year and the EUROs, its about the completion of the new stadium and the team doing well, it’s recognition of all that. I am just the fortunate person that gets to pick up an award.

“My oldest daughter thought it was a prank to begin with when the letter arrived! My family are very proud and my family back in Northern Ireland are very proud as well. In many ways it hasn’t really sunk in yet, but it’s lovely when you get recognition - it is a proud day for me and all my family.”

From a Northern Ireland football perspective 2016 will always be looked on fondly. The manager is now aiming to make 2017 just as memorable as the year gone by.

He says: “The whole year has been fabulous. It will probably only be when I am not in the job that I will be able to look back and realise the extent of what we all achieved. This award comes at the end of 2016 but it’s actually a great way start to 2017. That will give me inspiration and motivation to continue to do everything possible to try and qualify for the world cup and to do well in the games that we have ahead.”

One thing’s for certain, If he gets Northern Ireland to Russia, he will deserve a knighthood..