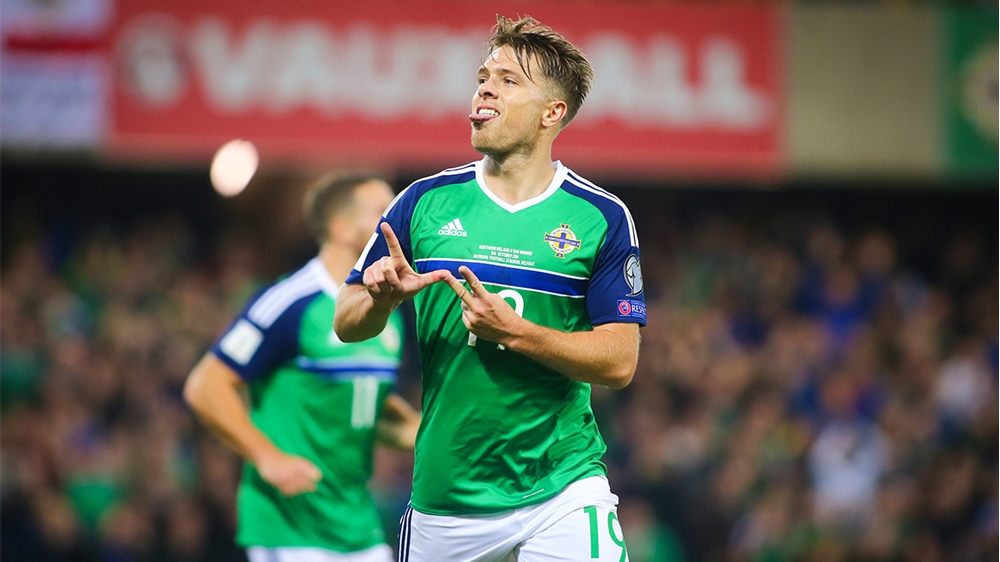 Burton Albion winger Jamie Ward scored his first goal for the club since returning from injury but it was not enough to prevent the Brewers from going down to a 2-1 defeat in the Championship to Brentford at the weekend.

The 30-year-old found the net in the 27th minute with his third goal since joining Nigel Clough’s side on-loan in August, however, a Scott Hogan brace gave all three points to the south-London outfit.

The other Northern Ireland player to register a goal over the weekend was Sheffield United striker Caolan Lavery who opened his account for the club in what was his 13th appearance since linking up with the Blades in the close-season.

The former under-21 international, who struck his debut goal eight minutes after coming on as a substitute in the 4-0 victory over Swindon Town, admitted he has really enjoyed his first four months at Bramall Lane.

“It’s a privilege and an honour going into work every day,” said the 24-year-old , “We’ve got a great group of lads willing to work hard for each other and it’s a great place to be.

“I haven’t had too many chances to score in my games so far and the one I got against Swindon was probably a little bit lucky.

“But you’ve just got to keep trying to get into the right positions as a striker and something will eventually go your way.”

In the Premier League, Jonny Evans was named man-of-the-match after an outstanding defensive performance in the 1-0 reverse against Chelsea at Stamford Bridge yesterday.

Also in the starting line-up for the Baggies was Evans central defensive partner Gareth McAuley and midfielder Chris Brunt with the latter admitting defeat was hard to swallow after such a battling performance.

“It’s a difficult one to take with their goal coming late on,” said the 31-year-old, “The fact we lost a game 1-0 to Chelsea and we are disappointed shows what a good place we are in at the minute.

“We knew we were going to have to work hard because they are in a good place at the moment, but I think we managed to keep them quiet for the majority of the game."

“We have a big game coming up on Wednesday night,” he added, “so it’s important we get that defeat out of our system and look forward to the next match.”

Finally, 17-year-old Strabane teenager Dylan King was an unused substitute in Oldham Athletic’s 1-1 draw at Oxford United in League One on Saturday.

The under-19 international defender is in the second year of his scholarship at Boundary Park after signing for the Lancashire outfit from Institute back in 2015.