Five senior internationals get their names on the scoresheet 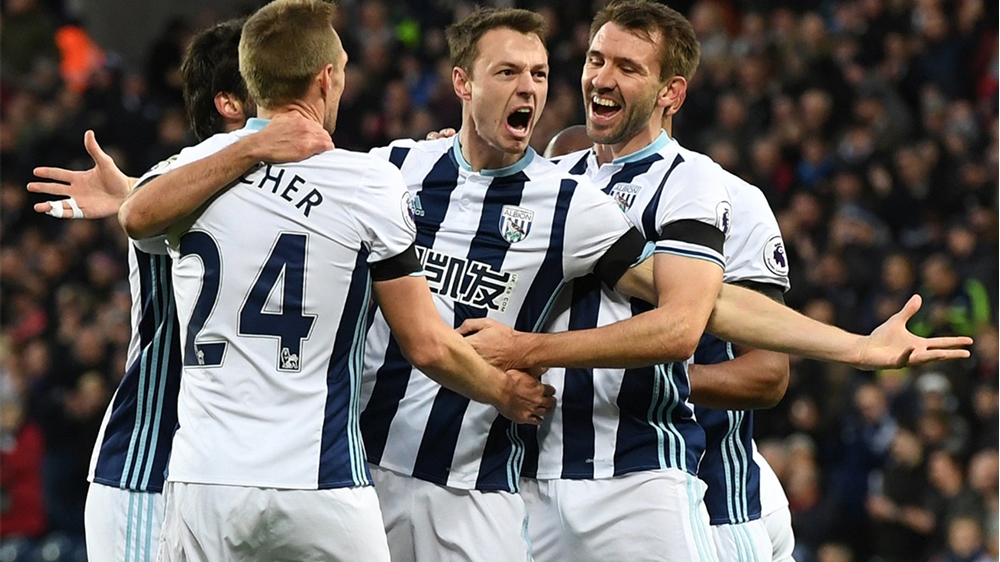 It was goals galore at the weekend for Northern Ireland players with no fewer than five of Michael O’Neill’s current squad getting their name on the scoresheet for their respective clubs.

In recent weeks West Brom defender Gareth McAuley, who turns 37 today, had been receiving the plaudits for his goals and performances but on Saturday it was his international team-mates Jonny Evans and Chris Brunt who took centre-stage after they both scored in the 3-1 Premier League victory over Watford.

Former Manchester United defender Evans opened the goalscoring after just 16 minutes when he headed home a Chris Brunt corner for his first goal for the club since January.

Brunty then found the target with a deflected free-kick on 34 minutes to record his first Baggies goal since scoring in a 3-0 home win over Chelsea in May 2015.

“It was great to get on the scoresheet again,” admitted Evans, who won his 58th cap against Azerbaijan last month. “My goal calmed us down a bit as we were under a bit of pressure from Watford who started the game very well.

“Once Brunty’s free-kick went in and we were 2-0 up I think we were confident that we could see the game out.

“We’re not getting carried away though,” added the 28-year-old, “as we have three difficult games coming up within a week against Chelsea, Swansea and Manchester United.

“The matches against Chelsea and United will be especially tough, but those are the games that we feel if we can sit tight and nick a goal from a set-piece then we could take some points off them.”

One of the most unlikely goalscorers of the weekend was Rangers full-back Lee Hodson who registered his first strike for the Glasgow outfit in the 2-1 home success over Aberdeen.

“It’s a fantastic feeling to get my first goal for the club,” said Hodson, who arrived at Ibrox in the summer on a free-transfer. “The most important thing though was the performance of the team and how we all dug in deep and showed our character to get the three points.”

Elsewhere in the Scottish Premiership, Liam Boyce earned Ross County a point for the second week running when he scored from the penalty spot to record his ninth goal of the season in his side’s 2-2 draw at home to Hearts.

Also in Scotland, Northern Ireland under-21 international Jamie McDonagh was amongst the goalscorers as Greenock Morton cruised to a 6-0 win at Beith Juniors in the second round of the Scottish Cup.

In the FA Cup in England Shane Ferguson helped Millwall into the Third Round when he scored in the 5-2 success over National Conference side Braintree, while Billy Kee hit a brace for Accrington Stanley in their comfortable 3-0 win at Woking.

Finally, after a month on the sidelines with a fractured wrist, Jamie Ward returned to the Burton Albion team that defeated managerless Rotherham United 2-1 in the Championship.