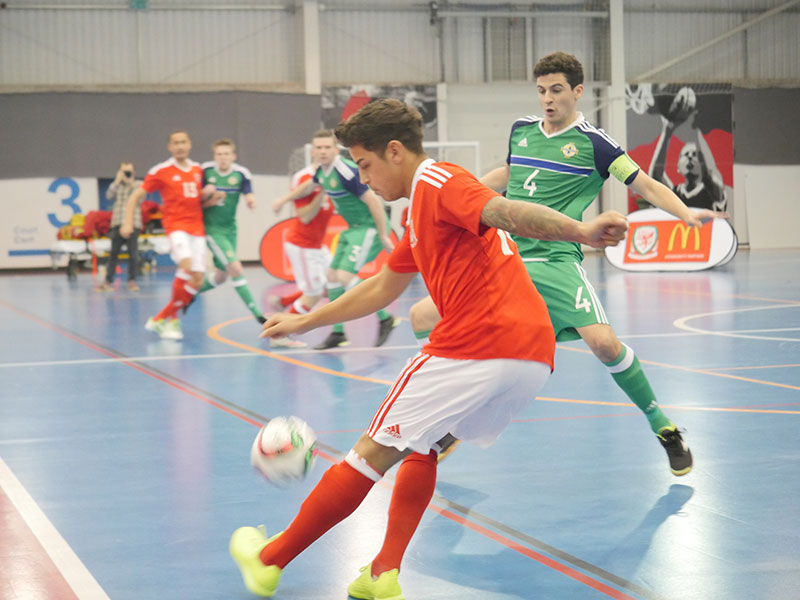 The historic occasion didn’t see any points claimed in the tournament for Northern Ireland, but spectators witnessed a fantastic end-to-end game and our first ever competitive international goal.

Wales ran out eventual 7-1 winners, but that score-line more than flatters the hosts as Northern Ireland hit the frame of the goal no less than four times in an enthralling encounter.

Wales scored two late goals in the first half to go in 3-0 up at the break, and scored a further four in the second half.

Michael O’Hehir claims the title as the first player to score an international futsal goal for Northern Ireland as he held off a defender to rifle the ball past Wales goalkeeper Jones and into the roof of the net.

“I am immensely proud of the boys for their efforts tonight and the strength of their character.

“Considering the boys have only been together for six sessions and the quality of the opposition they should be proud of what they have achieved in such a short space of time.

“This is a learning experience for us as players and coaches and we’ll take a lot of positives out of the game.”

Northern Ireland face England on Saturday and Scotland on Sunday in their remaining fixtures in the tournament. You will be able to watch the games live here