It's an all Mid Ulster affair this evening as Dungannon Swifts and Glenavon meet in the final of the Harry Cavan Youth Cup at the National Football Stadium at Windsor Park (kick-off 7:45pm).

The decider pitches a free-scoring Glenavon against a defensively strong Swifts side that have conceded only one goal on their way to the final.

That goal came in the semi-final victory over Cliftonville, a game that saw the Swifts trail to a first half goal before Shea Kearney bagged the leveller in stoppage time with Chris McCann's side going on to win 4-3 on penalties.

Dungannon also needed a late strike in the quarter-final defeat of Linfield when Cormac McNally netted four minutes from time. Prior to that Ards fell by the wayside in the second round while the Swifts kicked off the competition with a four-goal defeat of Bangor.

Glenavon, by contrast, have knocked home no fewer than 25 goals en route to tonight's game, including a 5-1 victory over Glentoran in the last four. Bradley Ingram opened the scoring within 38 seconds but the real damage was done early in the second half when Cameron Purdy, Liam Corr and Ingram again all found the net within four minutes of each other. 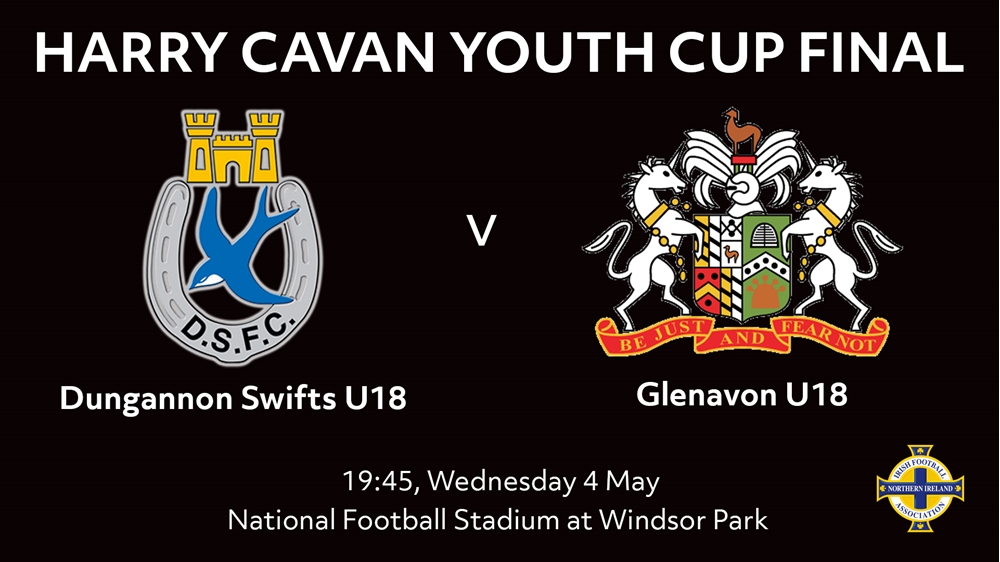 Luca McGreevey Couchman went on to complete the scoring to maintain his record of getting his name on the scoresheet in every round this season. He scored twice in the 4-2 quarter-final defeat of Carrick Rangers, another two in the 9-0 thumping of Ballyclare Comrades prior to that and also bagged a brace as Rosario YC were dispatched 7-3 in the opening round.

Whilst the Swifts will be hoping to lift the trophy for the first time Glenavon will be looking to claim in a third triumph in just over a decade. Their last victory came back in 2015 with a narrow defeat of Linfield.

With players on both sides having picked up first team experience this season who knows what future stars will be on display this evening?

Tonight's match will be streamed live on the Irish FA's YouTube channel with commentary from Michael Clarke.

It is available here or by clicking on the video below from 7.30pm this evening