Northern Ireland U19s are set to play two friendlies against Malta’s U19s next month as part of ongoing preparations for Euro qualifiers this autumn.

Gerard Lyttle’s team will face Malta on Wednesday 8 June and again on Friday 10 June. Both games are due to be staged at the Malta Football Association training complex in Ta’ Qali, with kick-off at 20.30 local time (19.30 UK time).

The 21-strong Northern Ireland squad for the two games against Malta shows five changes from the 22-strong panel chosen for the Federations Cup tournament in Spain back in March. 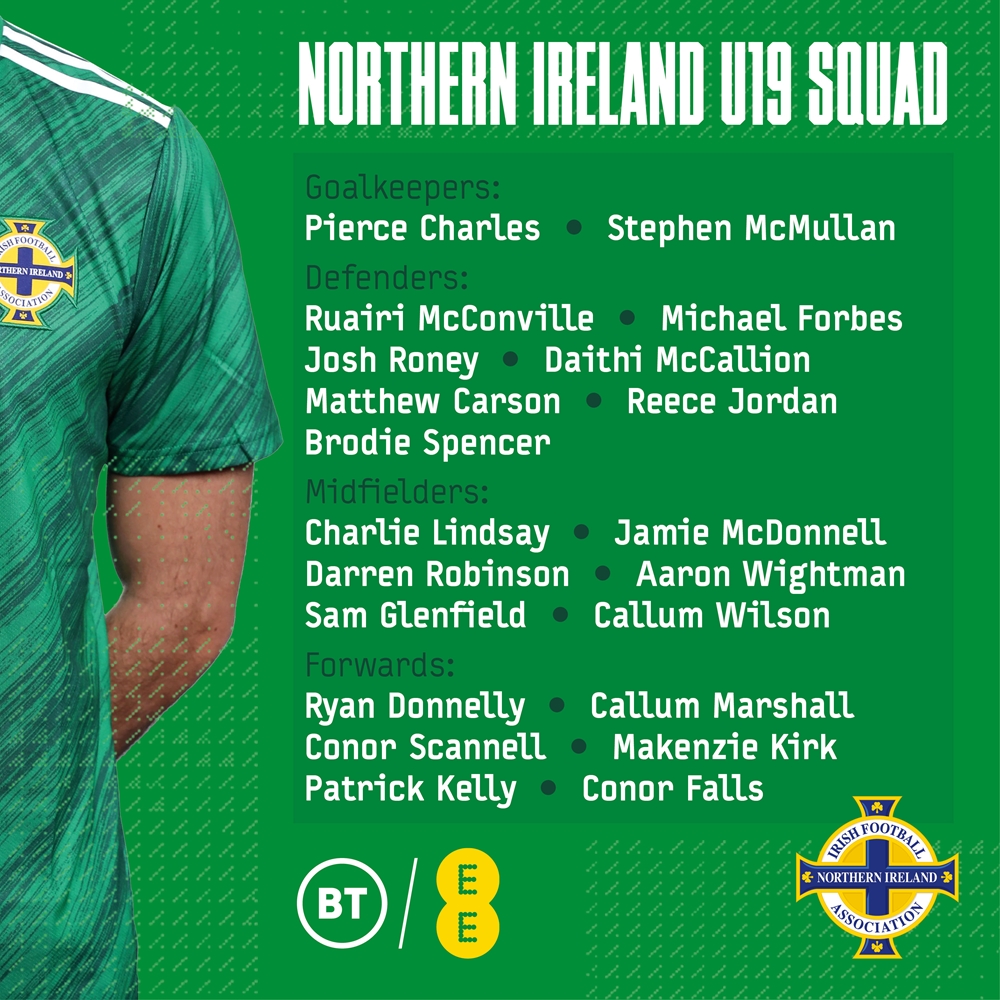 Coming in are Stoke City defender Josh Roney, who was injured in March, and Sheffield Wednesday keeper Pierce Charles, who steps up from the U17s.

The 2022-23 UEFA European Under-19 Championship qualifying round will run from 21 to 27 September and 16 to 23 November, with 13 groups beginning the road to the eight-team finals, which are actually being held in Malta next year.

Northern Ireland have been drawn in Group 13 along with Netherlands (hosts), Slovenia and Moldova. Their games in the qualifying round are scheduled to be staged from 21 to 27 September.

The top two teams in each of the 13 groups will join top seeds Portugal in the spring 2023 elite round along with the third-placed team with the best record against the top two in their section. From there seven teams will join hosts Malta at the finals in summer 2023.

Northern Ireland’s U19s began preparations for the Euro qualifiers by taking part in the Football Federations Cup in Spain in March.

In their first game Northern Ireland defeated Norway 2-1 thanks to goals from Charlie Lindsay and Aaron Wightman. They lost out 2-0 to Belgium in game two but deservedly beat the Czech Republic 1-0 in their third and final game. The win, which saw Northern Ireland finish second overall in the competition, was secured thanks to a Michael Forbes strike.

Northern Ireland U19 squad for June friendlies in Malta: