Dungannon Swifts lifted the Harry Cavan Youth Cup for the first time in their history after a deserved 3-1 win over Glenavon at the National Football Stadium at Windsor Park tonight.

The U18 sides from the two NIFL Premiership clubs gave it their all in the all-Mid Ulster affair but a penalty from Swifts captain Oran O’Kane and goals from striker Kenny Ximenes and wing back Vicky Saldanha enabled Chris McCann’s side to secure the silverware.

Glenavon, who scored no fewer than 25 goals en route to the final, produced some decent approach work in the first half, however it was Dungannon, who only conceded a single goal in the four ties that led to their appearance in the final, were more potent going forward in the opening 45 minutes – and across the 90 minutes.

Striker Ximenes, who was named man of the match, produced the first shot after just two minutes, however his low shot was comfortably gathered by Glenavon keeper Se Ferris.

Swifts winger Jamal Tavares also looked lively and had a couple of decent runs before Ximenes directed a header well wide of the target.

On 21 minutes Tavares produced a bit of magic. He darted into the area and unleashed a lovely curler with the outside of his right foot which Ferris managed to push around the post. It was a great effort and a great save.

The Co Tyrone side took the lead from the penalty spot on 26 minutes. Ximenes nipped in when the ball was headed back by a Glenavon defender towards Ferris, however the keeper upended the striker as he got his shot away.

Swifts captain Oran O’Kane stepped up to take the penalty and he slotted it home superbly, sending Ferris the wrong way.

Glenavon missed a great opportunity in the 29th minute. Liam Corr fired an excellent cross into the six-yard box but Luca McGreevey could not apply the finishing touch.

Moments later Corr blasted a free-kick towards goal which was tipped over the bar by Swifts keeper Adam Groogan.

In the 38th minute Dungannon’s Ryan McDaid clipped a lovely cross into the area but Ximenes was unable to generate enough power with his header to trouble Ferris.

Just after the break Glenavon had the first shot, with captain Harry Norton driving the ball over the top from distance.

Ximenes and Tavares linked up for Dungannon after 50 minutes but the latter’s shot from distance drifted over the bar.

Corr continued to look good on the ball for Glenavon. He delivered a great cross into the area in the 60th minute, however Groogan just managed to grab the ball as a couple of Glenavon players closed in. Moments later McGreevey dragged a shot wide for the Lurgan side.

On 63 minutes Dungannon doubled their lead. Tavares played a superb through ball with the outside of his right foot which found Ximenes. The striker then raced forward and rounded the keeper before sliding the ball home.

Glenavon, to their credit, continued to battle hard and create chances as they tried to get back into it.

Swifts keeper Groogan had to be on his toes to tip away a long range piledriver from Glenavon substitute Dylan Sinnerton, while Cameron Purdy directed a header off target.

However, Dungannon popped up with their third in the closing stages. Adam Towe darted to the bye-line and cut the ball back to Saldanha and he bundled the ball home.

Right at the death Glenavon’s Harry Lynch arrived at the back post to score with a powerful header but it was merely a consolation for the team from Co Armagh. 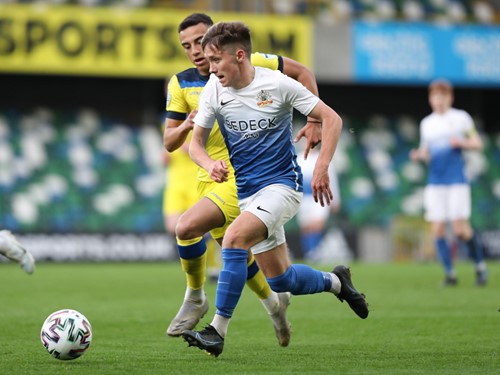 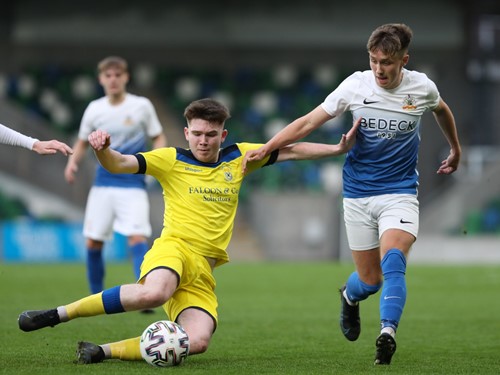 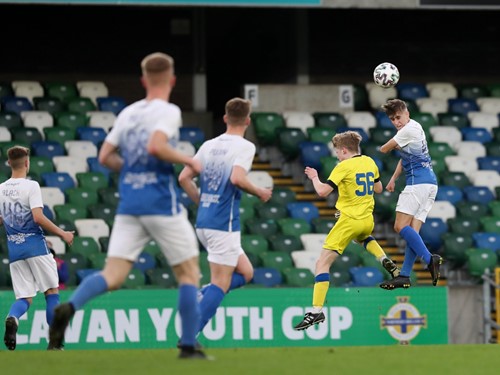 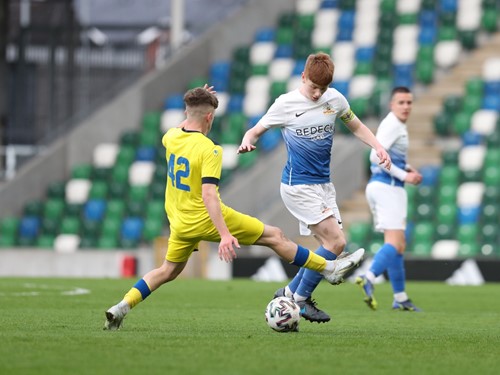 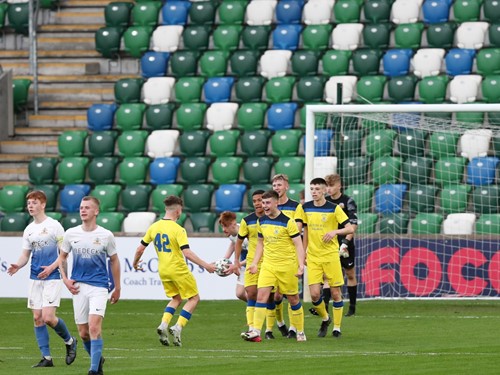 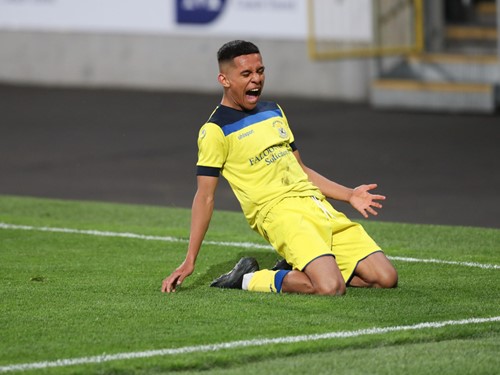 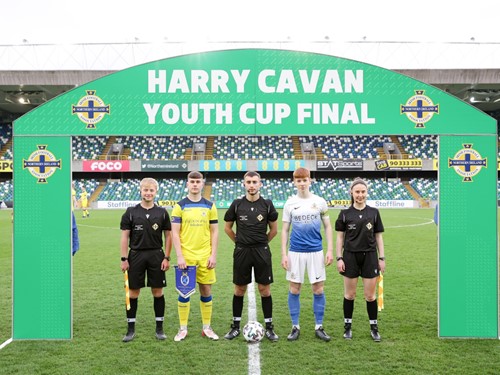 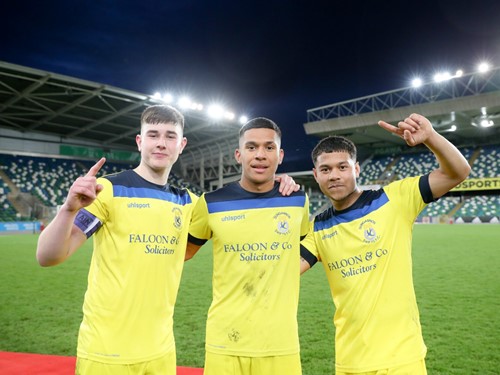 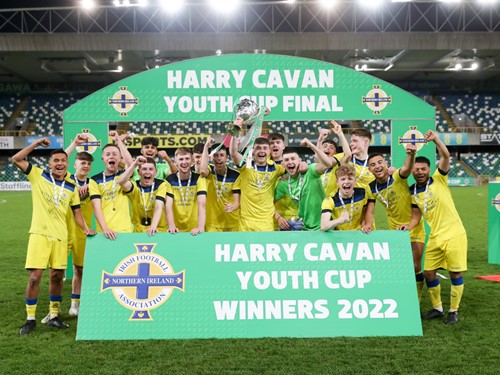