Northern Ireland’s women’s futsal team are in Serbia this week to compete in the first stage of qualifiers for the next edition of the Women’s Futsal Euros.

They have been drawn in Group A in the preliminary round of the UEFA European Women’s Futsal Championship 2022-23 against Serbia, Netherlands and Latvia.

There are three preliminary round four-team tournaments being played this week - and the three group winners and best two runners-up will progress to the main round in October. From there four group winners will qualify for the finals in March 2023.

First up for Keith Gibson’s side in the third edition of the UEFA competition is a match against hosts Serbia on Wednesday (11 May) followed by a game against Netherlands, the top seeds in the group, the following day. And their final encounter is against Latvia, who are making their debut in the competition, on Saturday.

Gibson explained: “It will be a stern test but the squad have been working hard in preparation and they are determined to improve on their last Euros campaign where they secured Northern Ireland’s first win in the competition, which was against Lithuania.

“Futsal, although still relatively new in Northern Ireland, has been building as a sport throughout the world, and 24 European countries will be taking part in the qualifiers for the next Women’s Futsal Euros.” 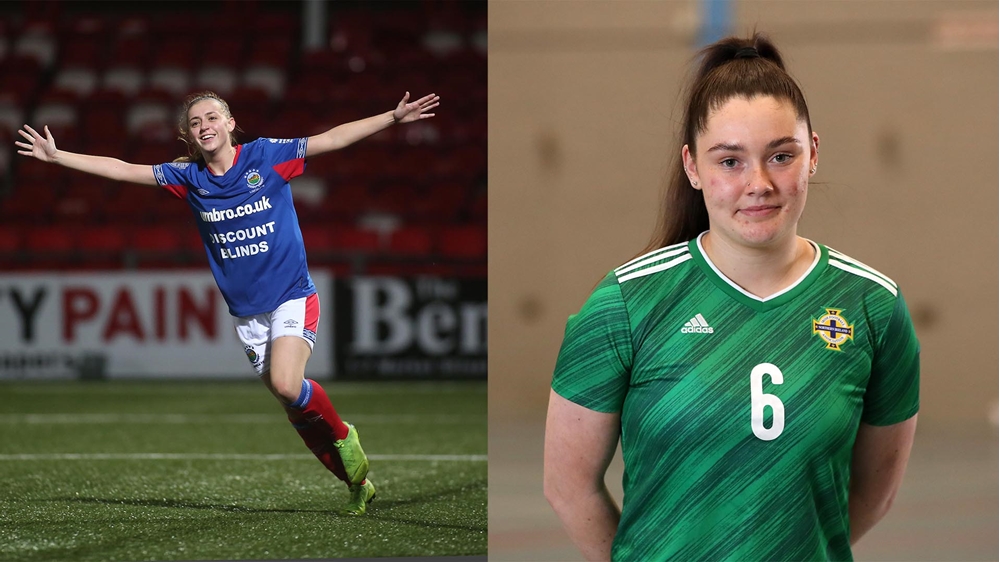 Gibson is confident his players can take their game to another level this week.

“The players are constantly working hard both on and off the court as well as playing with their respective clubs,” he pointed out.

The Northern Ireland manager also issued a thank-you to the players’ clubs for being supportive in helping the squad prepare for this week’s tournament and in letting their players go to the four-team tournament during the season.

He further revealed defender Erin Hennity is going above and beyond to play in Serbia. Erin got married in Portugal last week and is cutting her honeymoon short to take part in the Euro qualifiers.

“Erin has been part of the futsal squad from the start and this shows the commitment she has and her pride at pulling on the green shirt,” said Gibson.

There are two uncapped players in the squad, Rebecca Bassett from futsal league champions Linfield and Jessica Rea of Crusaders Strikers. Both are former Northern Ireland U19 football Internationals. And Martine Power has been added to the coaching team.

Image: Rebecca Bassett (left) and Jessica Rea are the newcomers to the panel.