In the end the Samuel Gelston's Whiskey Irish Cup First Round produced no major shocks but there was still no shortage of drama on what turned out to be an intriguing afternoon of cup football.

Two Championship sides will be grabbing the headlines, however; one defeating top-flight opponents and the other coming from two goals down to almost force extra-time. 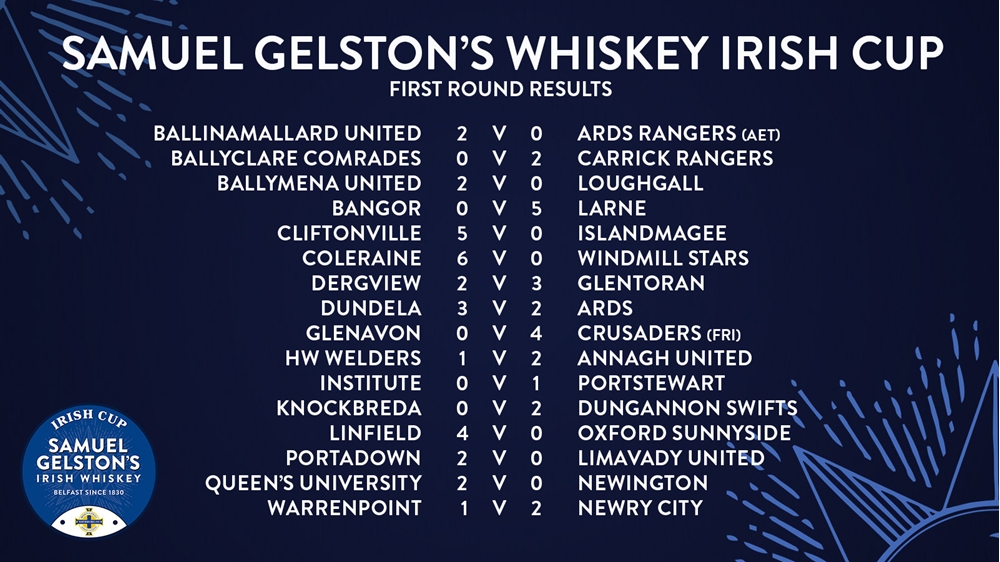 At Milltown, the 'Mourne Ultimatum' pitched near neighbours Warrenpoint Town and Newry City together with Darren Mullen's Championship leaders emerging victorious thanks to goals from James Teelan and Fra Brennan.

There was almost a twist when recent 'Point signing Daniel McKenna pulled one back late on, with the home side then striking the crossbar in the dying moments!

It looked like plain sailing for Glentoran at Darragh Park when two Robbie McDaid strikes inside the opening half-an-hour put Mick McDermott's side in the driving seat against Dergview. 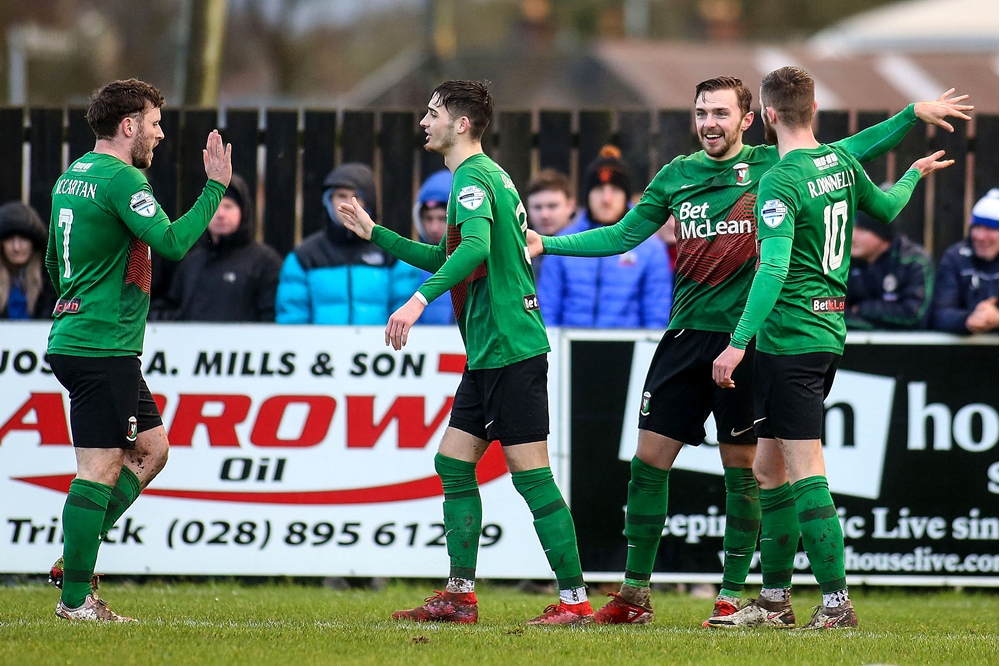 However Tommy Canning's charges reduced the deficit just short of the hour mark through Jamie Brown before Graham Crown levelled with five minutes remaining. But the Glens responded almost immediately via new signing Sean Murray who knocked home what proved to be the winner.

Holders Linfield were held for 44 minutes by Mid Ulster Intermediate A visitors Oxford Sunnyside at Windsor Park before Kyle McClean broke the deadlock. Martin Donnelly made it 2-0 early in the second half with later goals from Andrew Clarke and Ethan Devine making it 4-0. 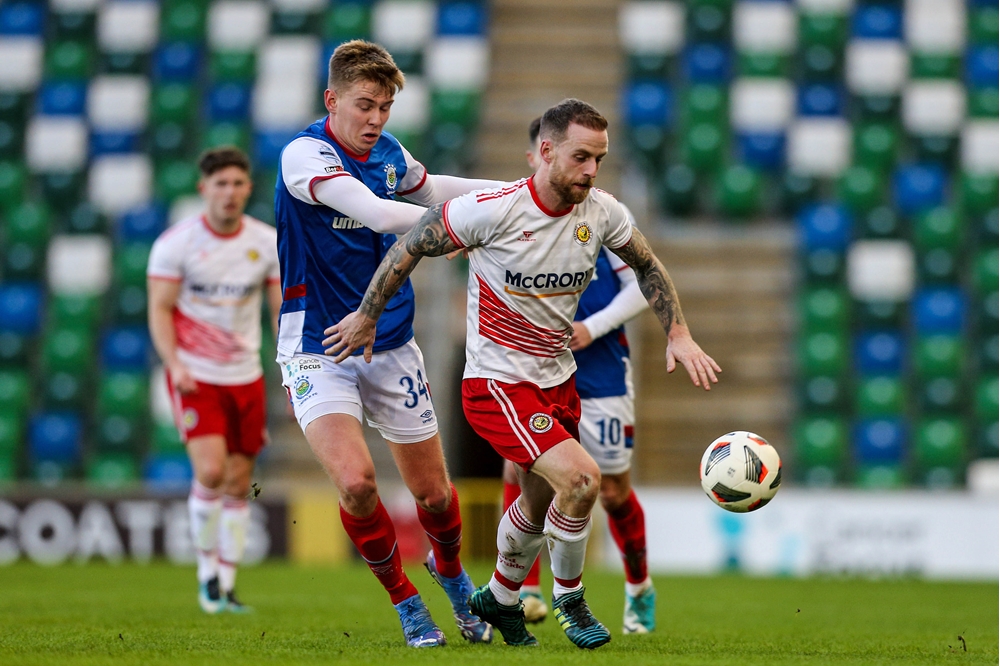 Ronan Hale hit four goals as Larne travelled to Bangor to win 5-0. Andy Scott kicked the scoring off before Hale took over to hit a double in each half.

Joe Gormley also claimed the match ball as his first half hat-trick set Cliftonville up for victory over Islandmagee at Solitude. Luke Turner added a fourth not long after the restart with Aaron Donnelly completing the scoring late on. 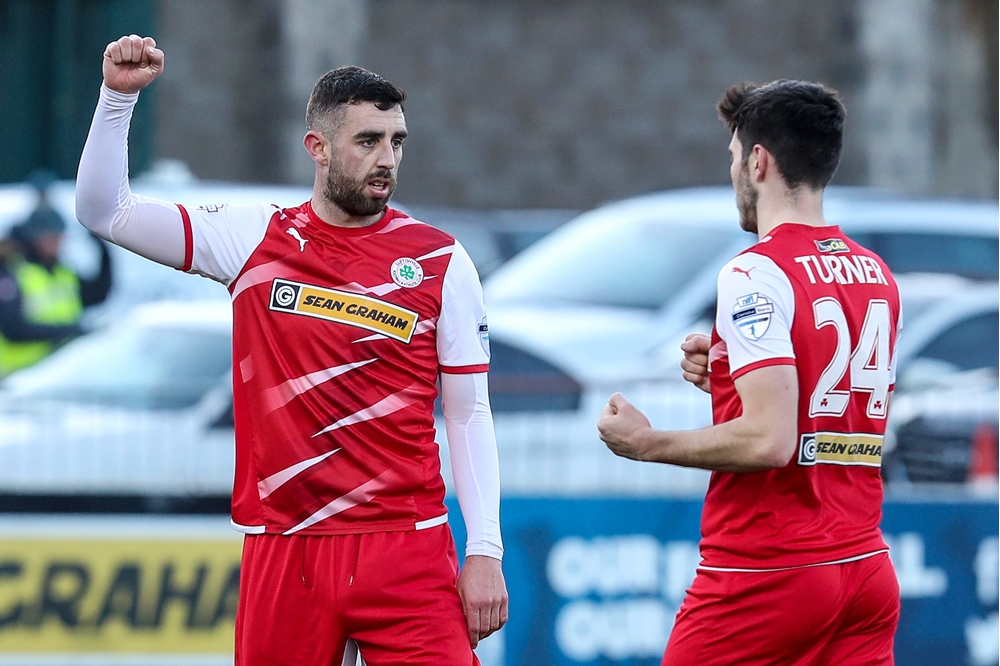 Coleraine were top scorers on the day, hitting six without reply past Windmill Stars at The Showgrounds. Jamie Glackin, Curtis Allen and Matthew Shevlin found the net in the first half with Patrick Kelly, Aaron Jarvis and James McLaughlin scoring after the break.

There was late excitement at the Brandywell when Premier Intermediate League side Portstewart accounted for Institute. Scoreless for the vast majority of the game Mark Edgar popped up in the closing moments to blast home a long distance winner.

And it took a late goal at the Blanchflower Stadium for Annagh United to get past HW Welders. Ruairi McDonald opened the scoring for Annagh on 38 minutes before Michael McLellan levelled around the hour mark ... but skipper Niall Henderson struck in stoppage time to see Ciaran McGurgan's side through.

The other all-Championship clash saw Dundela defeat Ards by the odd goal in five at Wilgar Park. The Duns seemed to be untroubled with first half goals from Jay Magee and Guillaume Keke putting them firmly in control, followed by a Rhys Annett strike with just over ten minutes to go but Eamon Scannell and Gary Donnelly scored late on the for the visitors to set up a nervy finish.

It proved to be a fairly straightforward afternoon for Carrick Rangers, Ballymena United, Dungannon Swifts, Portadown and Queen's University who all recorded 2-0 victories over Ballyclare Comrades, Loughgall, Knockbreda, Limavady United and Newington respectively.

One game went to extra-time when Ballinamallard United and Amateur League visitors Ards Rangers couldn't be separated after 90 minutes at Ferney Park. However, Sean McEvoy and Peter Campbell struck for the Mallards to ultimately ensure safe passage for the Championship side. 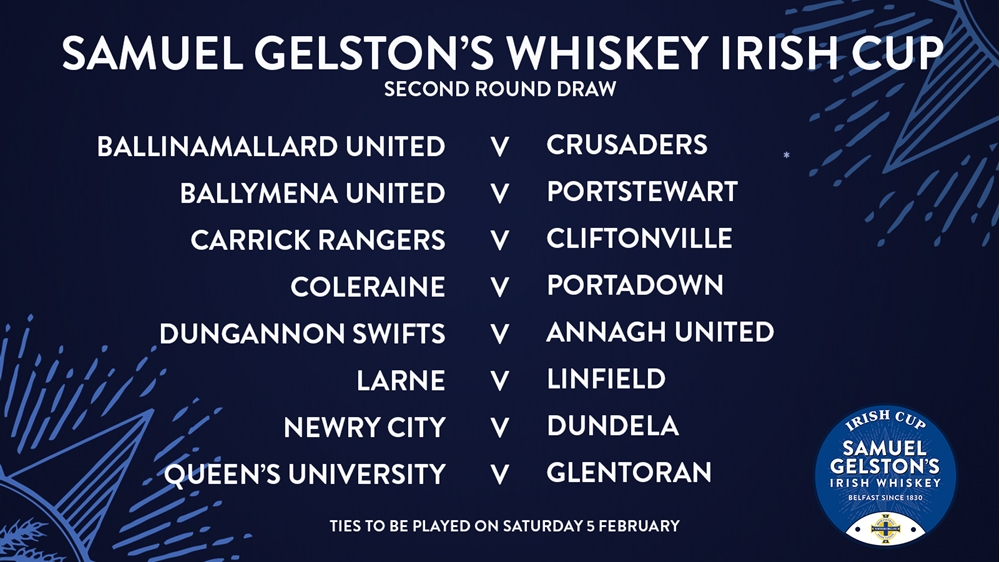