Northern Ireland star Sarah McFadden has been named as the women's player of the year for 2021 by the North East Football Writers’ Association.

Football journalists in England’s North East voted her number one in the region for her superb displays at both club and international level.

At club level the 34-year-old midfielder/defender helped Durham Women to a record-breaking second place finish in the FA Women’s Championship in 2020-21. And during the year she made her 100th appearance for Durham.

Sarah was also recognised for helping the Northern Ireland senior women’s team to qualify for a major tournament - UEFA Women’s Euro 2022 - for the first time in their history. 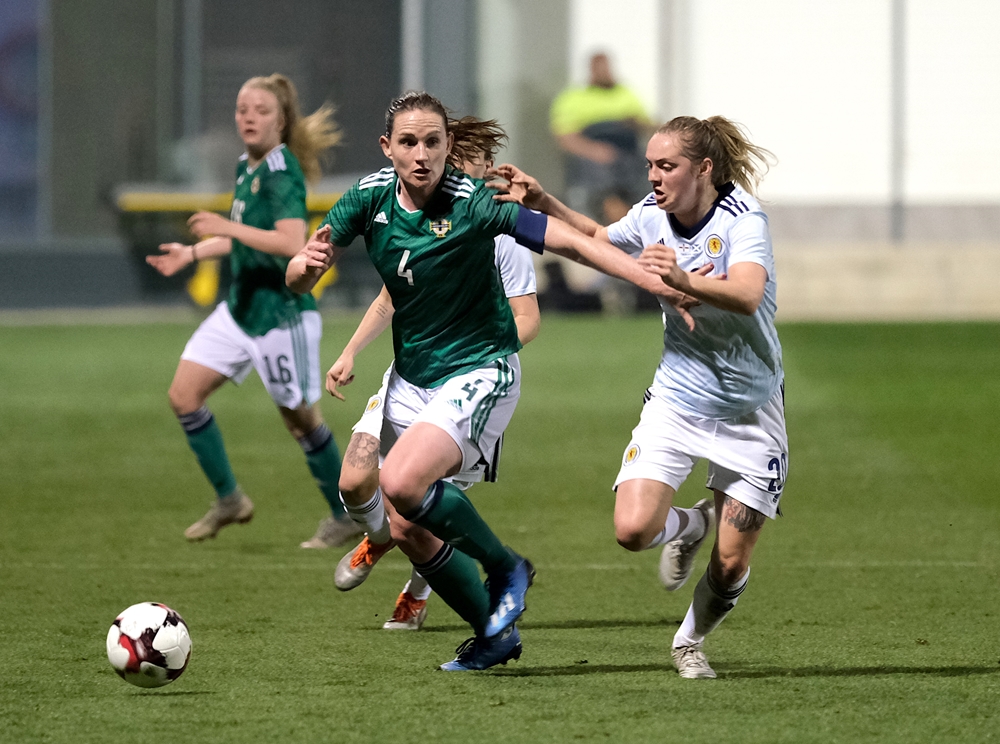 She will be presented with her trophy at a ceremony at the Ramside Hall Hotel in Durham on 6 March.

Sarah operates as a central midfielder or a centre back these days but has also been known to play up front.

She played for Northern Ireland at Under-14, U15, U17 and U19 levels before turning out for the senior international team, for whom she has earned more than 80 caps. She made her senior debut in 2005.

Originally from Bellaghy in Co Londonderry, but currently living in the North-East of England, Sarah started her career with Moyola Park Ladies in Castledawson before moving to Ballymena United Allstars.

Stints with Icelandic teams Fylkir, Grindavik and FH followed – just after she spent three years in the United States playing varsity football after winning a scholarship to the University of Southern Mississippi.

After her Icelandic adventure she joined Sunderland Women for five years. She switched to Durham in 2017.