Northern Ireland set to face Luxembourg away in March 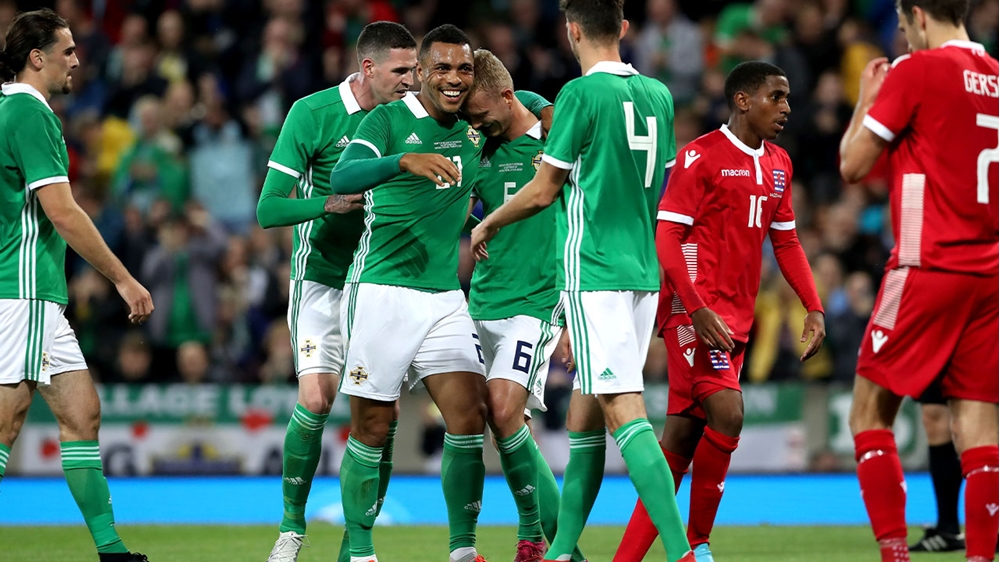 Northern Ireland will gear up for their third UEFA Nations League campaign by playing a couple of friendlies in March.

One of those international challenge matches was confirmed today. Ian Baraclough’s team are set to face Luxembourg away on Friday 25 March – and the game will be staged at the Stade de Luxembourg in Luxembourg City (kick-off time TBC).

Northern Ireland manager Ian Baraclough said: “This will be a welcome test for the team and a good way to kick off our year. We know this Luxembourg side can cause problems and we will be preparing thoroughly to make sure we’re at our very best.”

The two countries last met in a friendly in September 2019 when a Kevin Malget own goal gave Northern Ireland a narrow 1-0 win in Belfast.

Like Northern Ireland, Luxembourg will be using the friendly as preparation for competing in the UEFA Nations League this summer and autumn.

Northern Ireland, who were relegated from League B last time around, are the top seeds in Group 2 in League C of the 2022-23 competition.

Luxembourg are also in League C. They are second seeds in Group 1, which also features Turkey, Lithuania and Faroe Islands.

In their qualification campaign for FIFA World Cup Qatar 2022 they finished fourth in European Qualifying Group A. Serbia won the group with 20 points followed by Portugal with 17. The Republic of Ireland finished third on nine points, the same number as Luxembourg. Azerbaijan propped up the group with a single point.

In the World Cup qualifiers last year they defeated the Republic 1-0 in Dublin and enjoyed victories home and away against Azerbaijan.

They also competed in League C in the second edition of the Nations League, finishing second in Group 1 behind Montenegro. They won three, drew one and lost two in the 2020-21 competition in a group that also contained Azerbaijan and Cyprus.

The first time Northern Ireland played Luxembourg in a full international was in February 2000 at the Barthel Stadium in Luxembourg. The boys in green and white secured a 3-1 victory in the friendly with David Healy, then a reserve striker at Manchester United, scoring twice on his debut.

Their next meeting was in September 2012 in a World Cup qualifier when Dean Shiels scored in a 1-1 draw in Belfast and a year later Northern Ireland lost 3-2 to Luxembourg away in the reverse fixture. Martin Paterson and Gareth McAuley were on target that day.

Northern Ireland’s 2022-23 UNL campaign begins against Greece on 2 June, followed by an away trip to Cyprus or Estonia on 5 June. Next up is a trip to Kosovo (9 June) and then there’s a home game v Cyprus/Estonia on 12 June. Their final two games in Nations League C2 will take place in late September – against Kosovo at home on the 24th and second seeds Greece away on the 27th.

Northern Ireland’s other friendly in March is due to be confirmed soon.