The Irish FA Foundation’s summer football camps are proving to be “hugely popular” with kids across Northern Ireland.

By the end of the summer a total of 75 camps will have been held throughout the country – with at least 5000 participants.

Parents know they are leaving their children in a fun, safe and inclusive environment. Our coaches are all qualified and trained to make sure that young people have fun while playing. Boys and girls make new friends and learn new skills

Northern Ireland captain Marissa Callaghan and Julie Nelson, who was the first female player to win 100 caps for her country, as well as international team-mates Lauren Wade and Toni-Leigh Finnegan are among the players visiting camps. 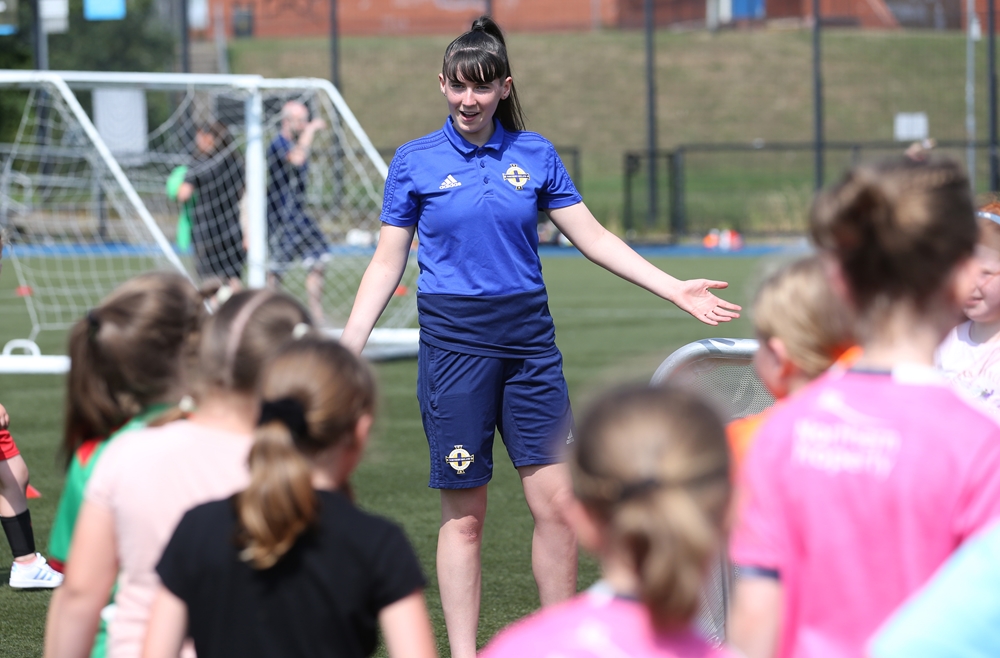 In addition the UEFA Super Cup trophy has been on display at several camp venues ahead of the Super Cup clash between Chelsea and Villarreal at the National Football Stadium at Windsor Park in Belfast on 11 August.

Camps co-ordinator Amanda Morton said: “Our summer camps are proving hugely popular with parents and kids. Parents know they are leaving their children in a fun, safe and inclusive environment. Our coaches are all qualified and trained to make sure that young people have fun while playing. Boys and girls make new friends and learn new skills.”

Keith Gibson, Acting Director of Football Development at the Irish FA Foundation, said: “This has been a record summer as we relaunched our holiday camps programme after an enforced break.

“With just under 5000 boys and girls already booked on to our camps at this stage we are delighted to see so many kids getting active again. We are especially pleased with the number of girls attending our camps as well as the 13 girls-only camps running throughout the country.” 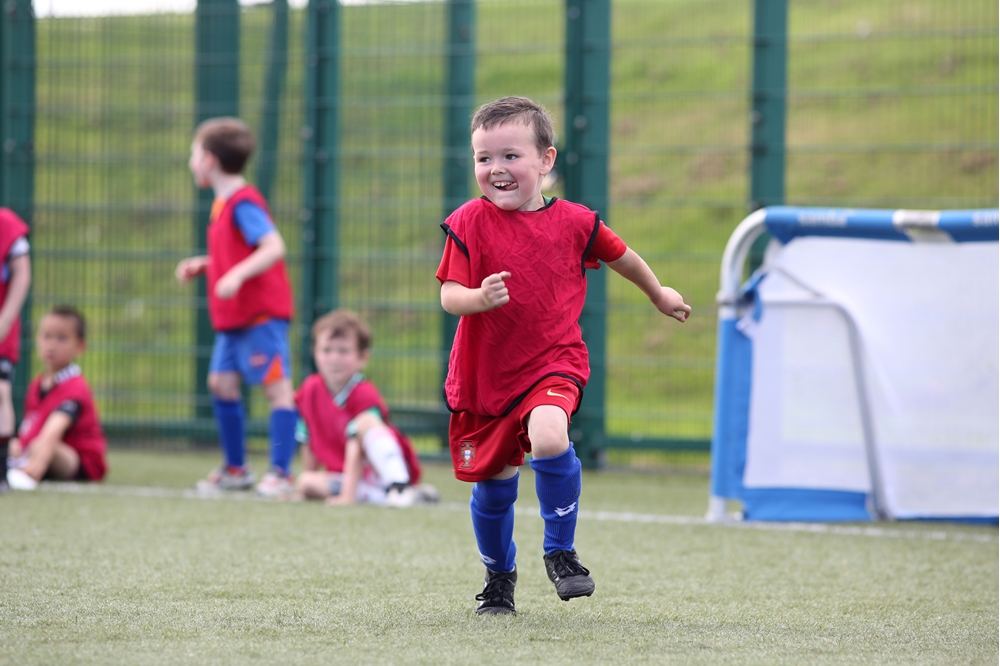 The week-long football camps, which are part of the foundation’s grassroots football development programme, are being staged in the country’s 11 council areas. And the girls-only camps are being run in each council area as part of the wider camps programme.

The sessions provide opportunities for children aged 5-13 to develop and improve their football skills in a structured environment with professionally trained and vetted staff.

Nine-year-old Joseph Quinn, who attended the camp held at Eden Playing Fields near Carrickfergus, said: “I loved it. It was a dream week. I also loved the fact that quite a few of my friends were there.”

And his twin sister Marie-Therese said: “It was great fun and the coaches were friendly. I think more girls should try it.”

There are still places available at some forthcoming camps.