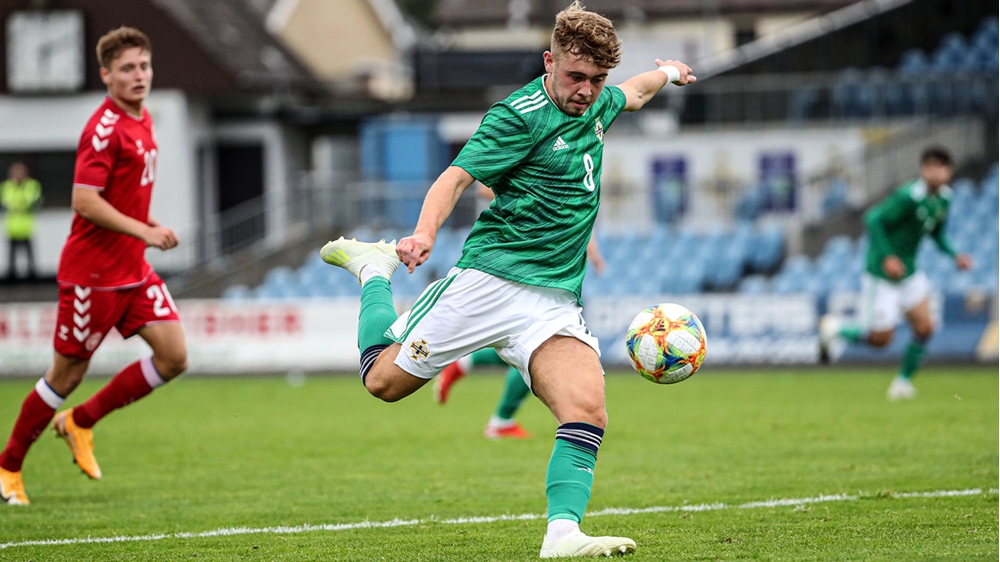 McCalmont’s move follows on from the successful loan spell the 21-year-old had at Oldham Athletic last season where he scored 10 goals in 39 appearances for the Latics.

“I’m delighted to be here,” he told the club’s website. “Interest has been there for a while and it’s been going back and forth between the clubs. I’m just happy to get it over and done with, and I just can’t wait to get started.

“I had a good season [at Oldham], played a lot of games, scored a few goals and then I just thought this opportunity to go up to League One with Morecambe was the right step for me and I’m just happy to be here.

“I knew the gaffer because of the Northern Ireland connection,” he added. “I’ve been up last week to have a conversation and see the training ground, the stadium and just see what the plan was and how it’d suit me.

“After hearing that, I thought straight away that’s for me, and I just wanted to get the deal done as soon as possible.”

Morecambe supremo Stephen Robinson was also delighted to have captured the signature of the highly rated midfielder, stating: “I’m really excited about the signing, he’s a fantastic addition to the squad.

“He proved his quality on loan last season at Oldham, he gets goals from midfield and is a full Northern Ireland international which further highlights his quality.

“We’re excited to get him out on the training ground and get going ahead of Worcester next week.”