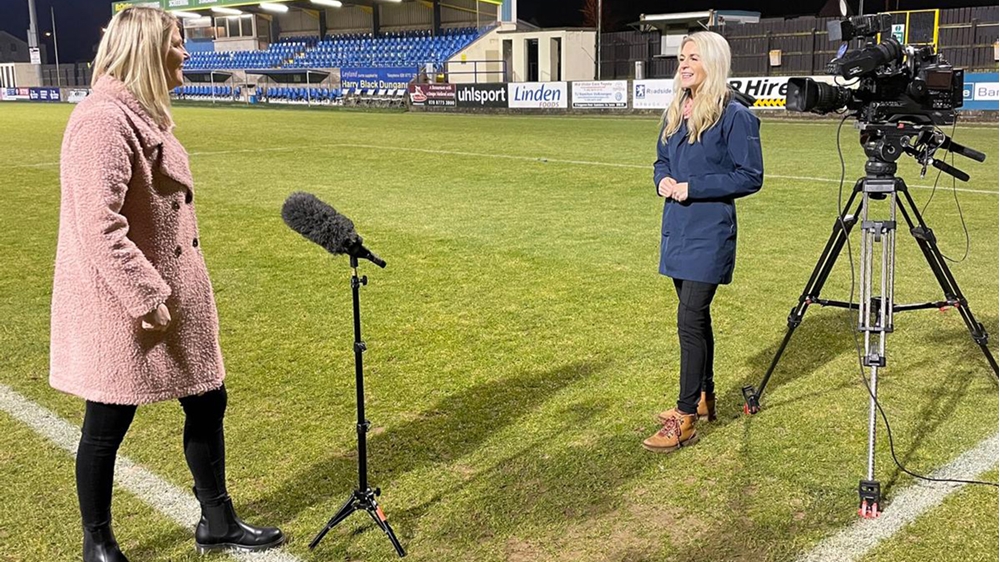 A women-only media training programme pioneered by the Irish FA Foundation has proved to be a huge success.

The programme has been heralded as an important first step in the foundation’s quest to have more women visible and audible in football within Northern Ireland.

It attracted 48 participants but double that number applied to take part in it.

After there was strong initial interest in the initiative the foundation secured additional funding from Belfast City Council to allow 48 women to complete the programme.

Stage one looked at women owning their own voice, speaking with confidence and identifying and overcoming obstacles that stand in their way. The Northern Ireland senior women’s team’s qualification for UEFA Women’s Euro 2022 was a recurring theme throughout.

Participants learned the nuts and bolts of how to present their perspectives on football. All of those taking part already had prior knowledge of the game and brought a diverse range of perspectives and skills, from refereeing, coaching and administration to PR and playing backgrounds.

Preparing for more in-depth media pieces was also covered with each participant delivering a presentation on what Northern Ireland’s qualification for the Euros meant to them.

With individual feedback on their performance, each woman completed the programme with more confidence, clarity and commitment to “turn up the volume on the women’s game”, according to Gail.

Lisa Strutt said: “It was fun to co-design and facilitate this programme with Nicola (McCarthy). It was important to shine a light on how much the women already had to offer.

“I saw my role as helping them to step into the spotlight, give them the opportunity to give it a go and help them to embrace feedback, so that they are always learning and growing.”

Nicola McCarthy had nothing but praise for the participants. She said: “I see it as vitally important to ensure that more women’s voices are heard across all platforms where sport is watched and enjoyed. I believe I have a responsibility to champion that and equip women with the practical skills to help us get there quicker.”

Gail Redmond added: “The Irish FA and Irish FA Foundation are being proactive in their efforts to have more women in coaching and leadership positions, and this includes being visible on media platforms.”

Below Nicola McCarthy looks back on what the course delivered.