Northern Ireland will complete their third UEFA Nations League campaign in Athens, it was confirmed today.

Home to Greece Super League 2 side Apollon Smyrnis, the multi-purpose venue in the Rizoupoli area of the city has a 14,200 capacity.

Northern Ireland’s final two games in Nations League C2 will see them take on Kosovo at the National Football Stadium at Windsor Park on Saturday 24 September (5pm start) followed by the Greeks in Athens.

Ian Baraclough’s team began their Nations League campaign with a narrow 1-0 defeat at home to Greece at the start of June.

Since then Gus Poyet’s side have gone on to defeat Kosovo home and away as well as Cyprus at home, while Northern Ireland have drawn twice against Cyprus and lost to Kosovo away.

Greece are due to play Cyprus away on 24 September before facing Northern Ireland. If they win or draw against the Cypriots they will seal promotion to League B for the next edition of the competition.

Baraclough’s boys will be aiming to get positive results in their final two games to maintain their place in League C. 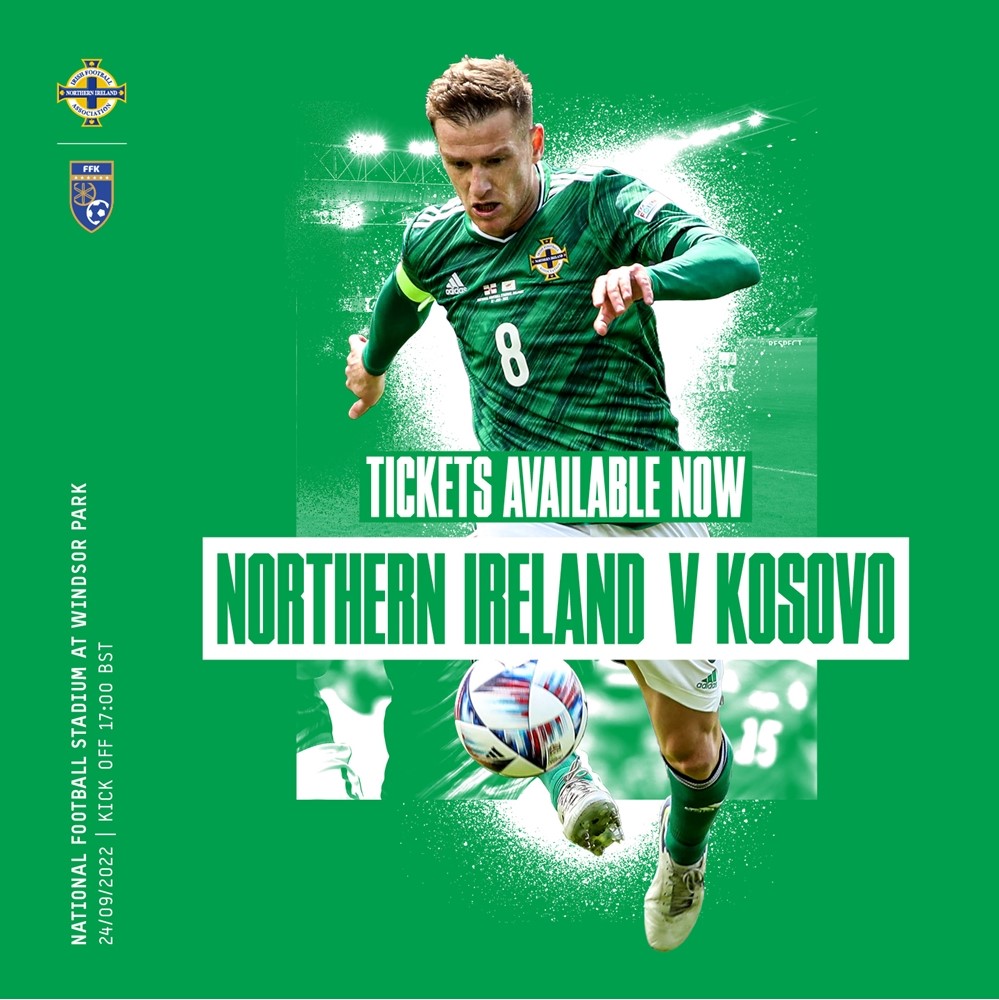 Ticket prices are still to be confirmed by the Hellenic Football Federation (Greek FA) but a priority expression of interest window for campaign card lead bookers will open this afternoon - and lead bookers are urged to to keep an eye on their emails.

A public expression of interest window will open at noon on 22 August until noon on 23 August (link will be published on Monday 22 August).

Those successful during the window will then get access to a booking window between 5 and 7 September.