Shayne Lavery off the mark for the new season 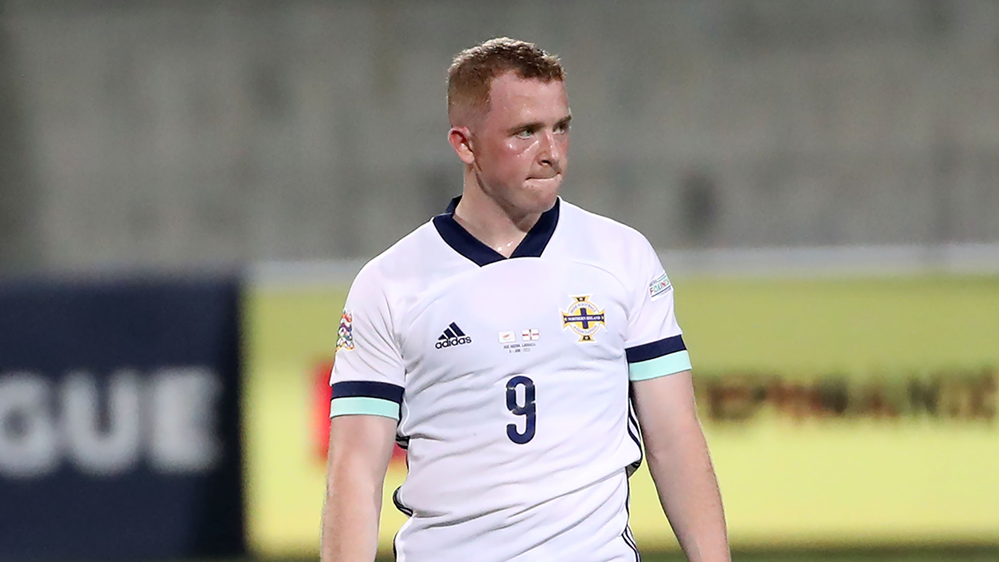 Blackpool striker Shayne Lavery got off the mark with his first goal of the campaign in their thrilling 3-3 draw against Burnley on Saturday.

Blackpool were 3-1 down at half-time but the former Linfield forward, who scored 11 goals for the Tangerines last term, got them back in the contest with a goal 16 minutes from time with Jerry Yates earning the visitors a point with an equaliser two minutes later.

Striker Josh Magennis was also named in the Wigan Athletic starting XI though his afternoon was cut short after just 17 minutes when he was subbed off after the sending-off of team-mate Joe Bennett.

Also in the Championship, Corry Evans returned to action as a second-half substitute after missing Sunderland’s midweek game although his Black Cat team-mates Carl Winchester (back) and Daniel Ballard (broken foot) are both expected to be sidelined for an unspecified length of time.

Also returning to first team duty was striker Dion Charles who after being sidelined for the previous four matches with a thigh strain, came off the bench to play the last half-hour of Bolton Wanderers 2-0 home defeat to Sheffield Wednesday.

Meanwhile, Luke Southwood, who is on a season-long loan at Cheltenham Town from Reading, kept a second successive clean sheet as the Robins picked up all the three points in a solitary goal win at Exeter City.

Seventeen year-old former Portadown striker Sam Glenfield, who joined Fleetwood Town on a three-year deal last month, was a surprise inclusion in Town’s match day squad for the first time for the visit of Derby County.

“Once he squares people up in this division, he just drifts past you, and then it’s about the quality of the ball in.

“It was an all-round good performance from Smudge.”

Under-21 international JJ McKiernan, who is currently on loan at National League side Eastleigh, scored the only goal of the game, and his first of the season in their win at York City.

In the U18 Premier League, 17-year-old Callum Marshall followed up his hat-trick last week with another goal as West Ham United’s youth team put four past Southampton. Also in the Hammers' line-up was former Coleraine midfielder Patrick Kelly.

Charlton Athletic striker Euan Williams opened his account for the season as the South London side blazed to a 5-1 victory at Sheffield Wednesday who, incidentally, had Northern Ireland U19 international Pierce Charles in goal.

Finally, it was back to club action for Sarah McFadden whose Durham side began their league season with a 1-1 draw at home to Sunderland while Rebecca McKenna started for Lewes who picked up a point in their scoreless draw at Birmingham.