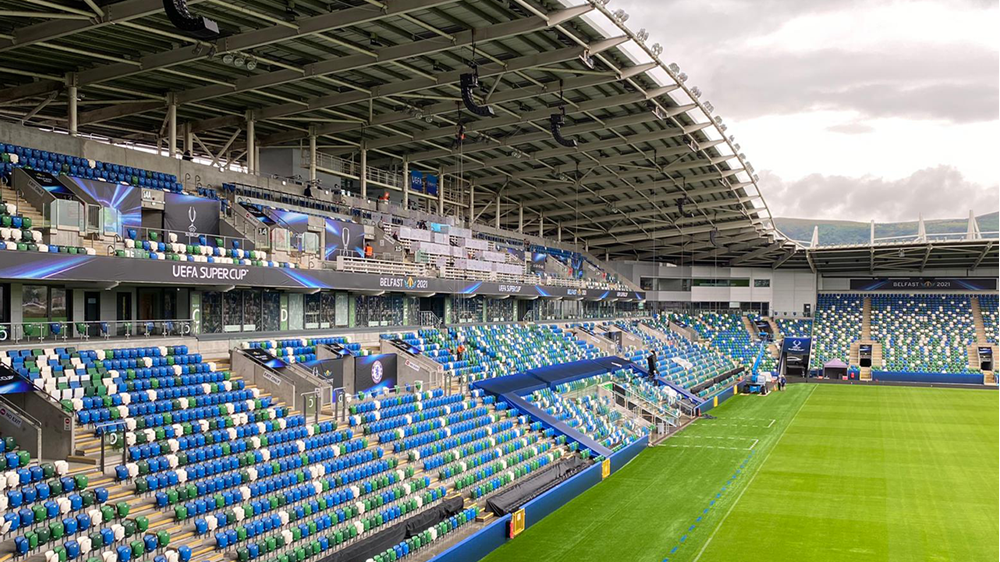 The National Football Stadium at Windsor Park will be packed with state-of-the-art technology when it hosts UEFA Super Cup.

From new wireless networks to virtual advertising, and VAR to goal-line technology, the stadium will be awash with equipment that embodies huge technological advances.

Thomas Fulton (pictured below), the Irish FA’s Head of Stadium Technology, explained: “With Super Cup 2021 on our doorstep we are both proud and privileged to have the opportunity to showcase our stadium from a technical perspective. We have had to make significant upgrades on our technical estate.” 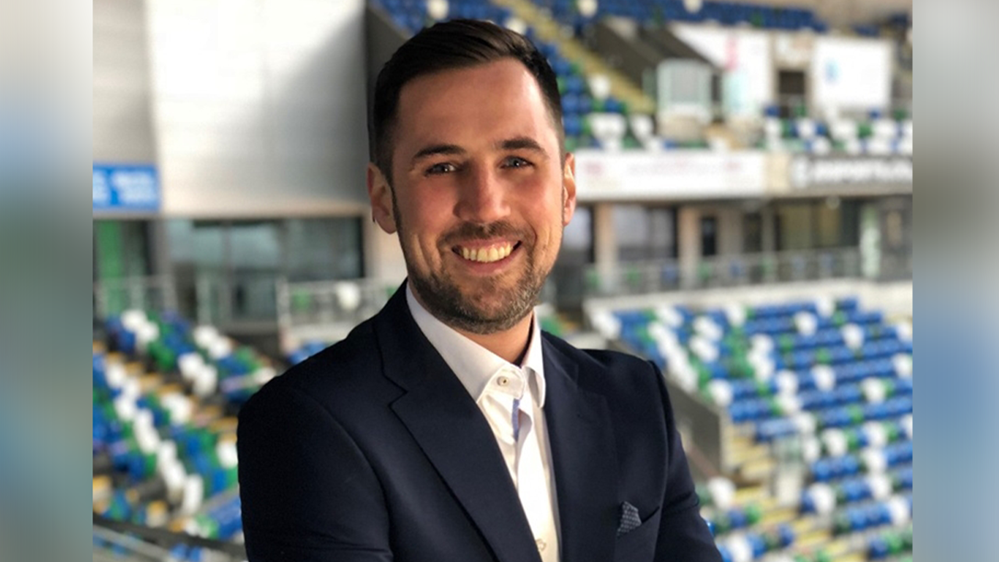 The upgrades include the installation of a new wireless network in the stadium’s media tribune along with a series of fibre connections to various parts of the ground to provide high speed connectivity for VAR (video assistant referee) and goal-line technology.

The stadium has previously accommodated VAR equipment on a temporary basis, however the VAR infrastructure is now a permanent fixture at the venue, and the same goes for goal-line technology. VAR was only used for the first time at the stadium last November in the UEFA Euro 2020 play-off final between Northern Ireland and Slovakia.

Even the perimeter advertising boards being used at the Super Cup are new to Northern Ireland as they are going to have LED overlays.

All the new infrastructure that we have put in to ensure the UEFA Super Cup runs like clockwork will remain in place, making our stadium more attractive to broadcasters long term

Thomas further explained: “All the new infrastructure that we have put in to ensure the UEFA Super Cup runs like clockwork will remain in place, making our stadium more attractive to broadcasters long term.”

BT Sport, the host broadcaster, has brought a huge operation to Belfast to cover the match between Chelsea and Villarreal.

The Irish FA has had to provide cabling, and other equipment, to areas outside the stadium grounds to cope with the broadcast demands. It has even had to use a neighbouring storage yard owned by Translink to accommodate all the gear.

Thomas has been working closely with BT Sport and UEFA to make sure all the necessary equipment is in place so the game can be beamed across the world.

Other investments in technology ahead of the Super Cup include the installation of more than 30 televisions in the stadium’s hospitality lounges and corporate boxes.

And four large video walls, featuring best-in-class software to deliver content, have also been installed in the hospitality area.