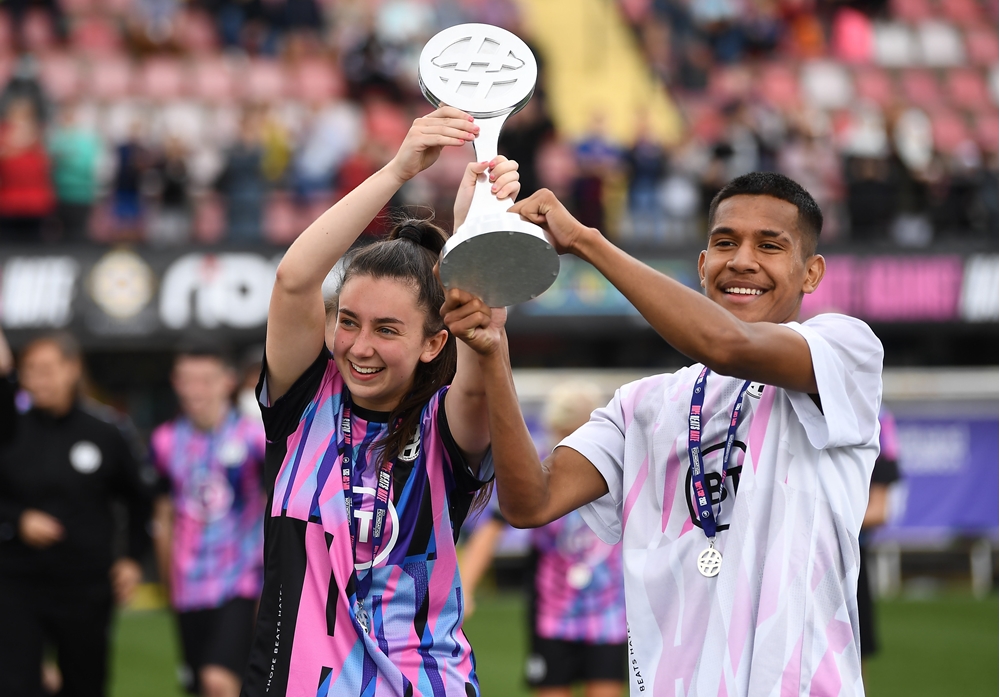 A high profile match was staged at Seaview today - on the eve of the UEFA Super Cup - to raise awareness about the devastating impact of online hate in sport and among young people.

The game at the home of Crusaders featured teams representing BT’s Hope United and the UEFA Foundation for Children.

Hope United, a campaign launched by BT, broadcasters of the UEFA Super Cup, brings together a diverse team of footballers from Northern Ireland, England, Wales and Scotland with the aim of driving change by giving digital skills to people on how to protect themselves and others online.

The match in north Belfast involved children aged between 14 and 17 from community projects across Northern Ireland that are helping to bridge the sectarian divide and care for refugees who have settled here.

Organised by the Irish FA, which is hosting this year’s Super Cup at the National Football Stadium at Windsor Park tomorrow (11 August), the encounter at Seaview was treated like a professional match. 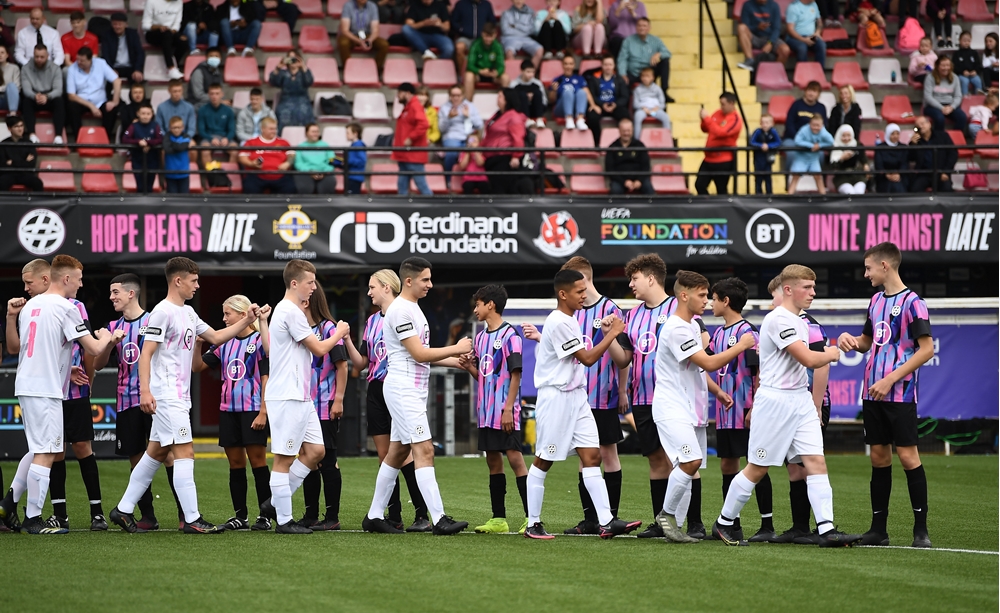 Ex-England and Chelsea manager Glenn Hoddle, who also played for Tottenham Hotspur and Chelsea, and former England, Chelsea, West Ham United and Liverpool winger Joe Cole managed the two teams - and the match will feature in a Hope United documentary set to be broadcast ahead of the Super Cup. 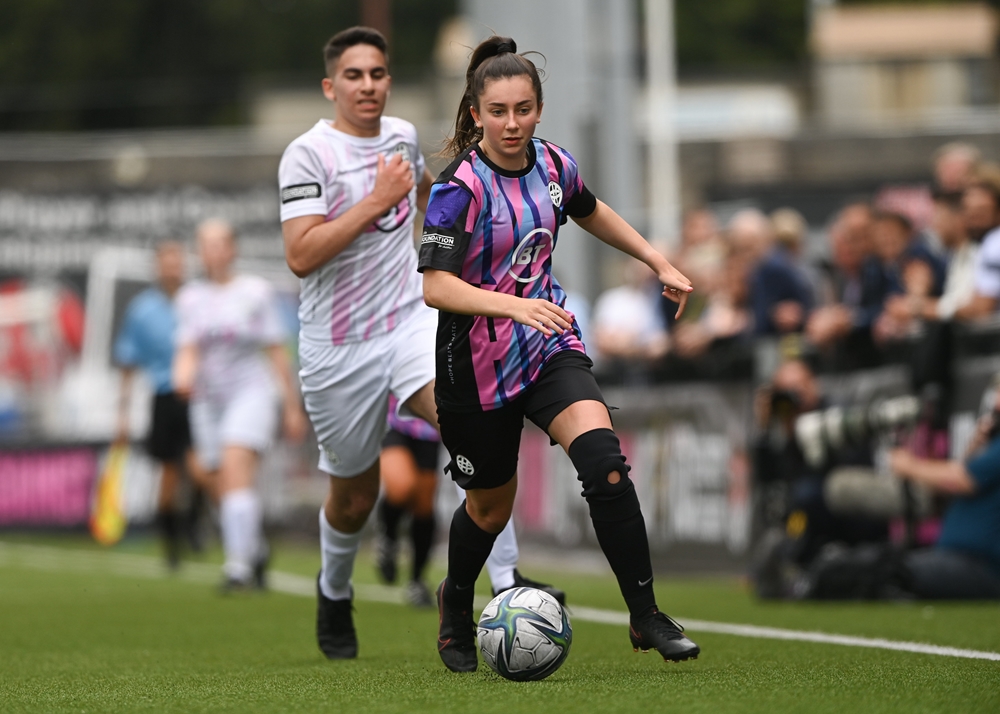 The opening ceremony at tomorrow’s Super Cup clash between Chelsea and Villarreal will also raise awareness about online hate in sport and among young people with the help of Hope United.

During the pre-match ceremony children selected by the Irish FA Foundation and Rio Ferdinand Foundation will carry a Unite Against Hate banner and read a message of hope promoting respect and solidarity online.

Rio Ferdinand said: “My work, both on and off the pitch, has taught me that there is no hiding place from social media abuse.

“Passions run high during big football tournaments, and having seen the devastating effect that can result from online hate first hand it is more important than ever that sport unites to combat it.”

Among those featuring in the match today was Niamh Coyle (16), who plays for Sion Swifts Ladies in Co Tyrone. She has been playing since she was five and loves football. Part of the Northern Ireland development squads, she travels from Strabane to Belfast three times a week for training.

She revealed: “I have friends who have experienced abuse and I’ve helped them through it, making sure they know online abuse is not okay and to just keep playing football.

“Playing in this match has been really special to me and I hope I can achieve my aim to play for Northern Ireland’s senior women’s team one day.”

Ahead of the #SuperCup match in Belfast, #HopeUnited and @UEFA_Foundation have teamed up to raise awareness about online hate in sport and among young people.

We're hosting the #HopeCup today for children aged between 14 and 17 from community projects across Northern Ireland. pic.twitter.com/2TPzvHIrFB

Urs Kluser, General Secretary of the UEFA Foundation for Children, said: “Young people are all too often victims of hate messages and harassment on social media and it is our duty to defend them.

“Thanks to the BT Tech Tips to beat online hate, young people can access real tools that teach them how to detect and respond to abuse but also learn to be more conscious about their own action online and to lead by example.”

Simon Green, MD at BT Sport, said as lead partner of the home nations football teams BT is asking the UK to take a stand against hate speech on social media as well as giving everyone the knowledge and tools they need to be part of the solution.

And he added: “As a major sports broadcaster we launched our Hope United team and campaign at the start of the Euros to bolster the fight against online hatred. The campaign has been well received but the continued abuse online shows how far we have to go. No one should ever dread going online in fear of abuse. Nobody should feel unsafe.”