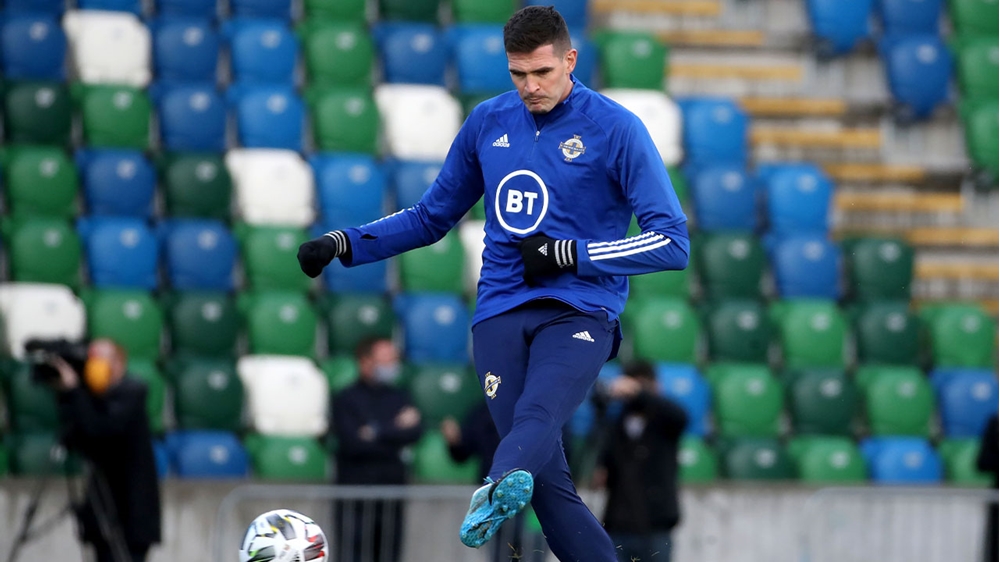 Striker Kyle Lafferty chalked up his first hat-trick in nearly a decade as Kilmarnock cruised through to the fourth round of the Scottish Cup with an emphatic 4-0 victory at Stenhousemuir at the weekend.

The 33-year-old’s last treble was in May 2001 when he helped Rangers clinch the Scottish League title in a 5-1 win over his current club at Rugby Park.

Killie boss Tommy Wright was naturally delighted with fellow his countryman who has now scored six goals in his five games since becoming his first signing back in February.

“That’s why we brought him in,” said Wright, “For Kyle to get a hat-trick, it hopefully gives him even more confidence than he already has.

“He’s a big personality, a great lad, he is someone who I worked with 10 years ago with Northern Ireland. He is always wanting to play the practical joke but I don’t mind that because it gives the players a lift.

“The players actually have a little smile when they see him come into a room. It’s never quiet when he is around.

“But when he is on the pitch and in training, he is a very good professional.”

Also on the scoresheet over the Easter weekend was Josh Magennis who came off the substitute’s bench to convert a penalty in Hull City’s 2-1 League One victory at Crewe Alexandra while Billy Mckay was on target for the seventh time this season as Ross County were knocked out of the Scottish Cup following a 3-1 home defeat by Inverness Caledonian. 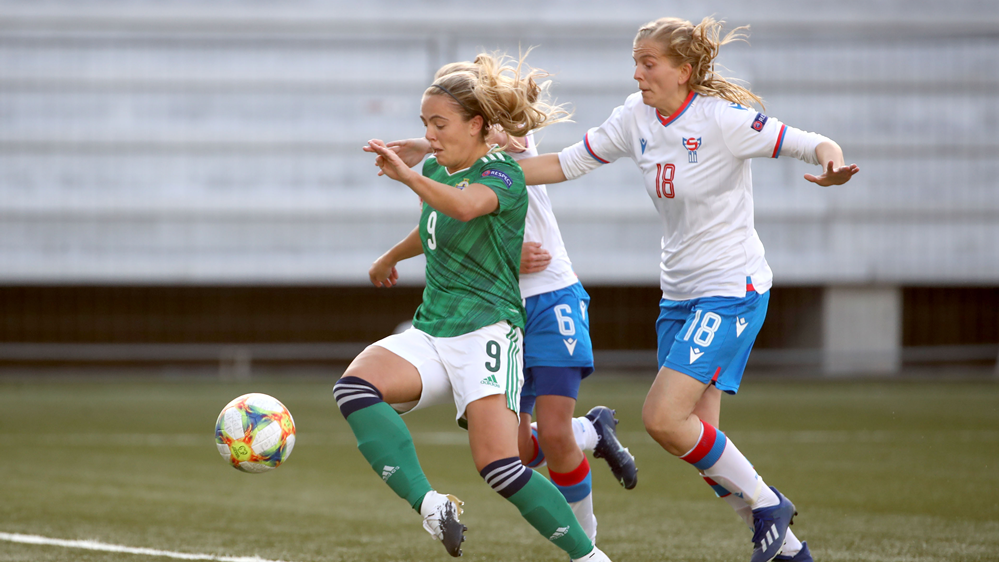 Magherafelt-born Magill, who has 15 goals in 62 appearances for her country, feels she is coming into form at just the right time.

“If ever there was a time I’d want to be scoring regularly it’s now,” she told irishfa.com. “The games against Ukraine are the biggest in our history so to be going into them in form couldn’t be better.”

After his exertions for Northern Ireland, Stuart Dallas was back in the Leeds United starting line-up as they overcame Yorkshire rivals Sheffield United 2-1 in the derby clash at Elland Road.

Reflecting on Saturday’s performance, Man of the Match Dallas told LUTV: “We are delighted with the win; we kick on now. Our last couple of results have been decent and we are starting to build a little bit of momentum.” 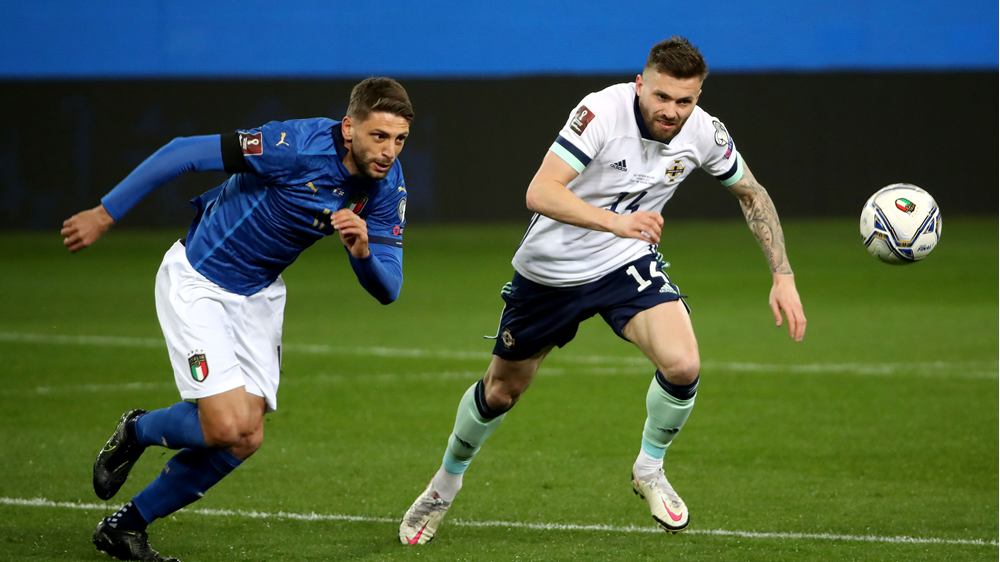 Elsewhere in the Premier League, Jonny Evans started Leicester City’s 2-0 home defeat to leaders Manchester City, while Jamal Lewis was an unused substitute for Newcastle United despite his impressive performance against Bulgaria in midweek.

In the U23 Development League in England, former Linfield striker, Dale Taylor scored a brace for Nottingham Forest in their 2-2 Good Friday draw with Birmingham City.

On the injury front, former under-21 international, Rory Holden, was back in action after a three-month lay-off with a knee complaint when he was used as a late second-half substitute in Walsall’s scoreless draw at Harrogate Town.

Finally, there were assists for Aberdeen winger Matty Kennedy, Stoke City's Jordan Thompson and Jordan Jones, who recovered from injury to play in Sunderland’s win over Oxford United.