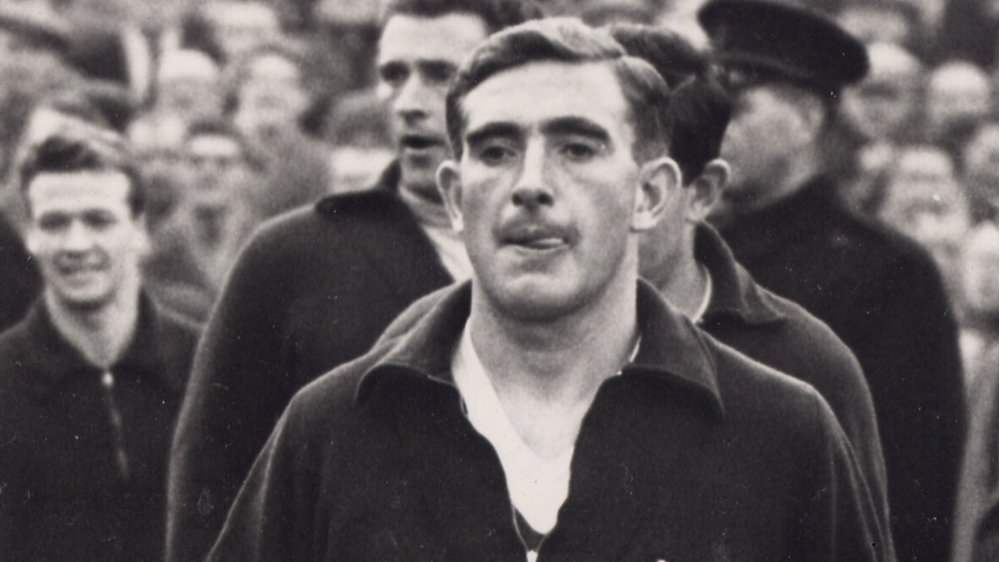 Danny Blanchflower was not just a wonderfully gifted footballer but also one of the most tactically aware players of his generation.

He was never the quickest on the park or was he the most ferocious in the tackle but what he did have in abundance was a natural ability to pass a ball and an aptitude for being able to change tactics in the middle of a game.

His illustrious career began when he joined Glentoran just after the end of the Second World War. A move to the English game did not transpire until April 1949 when Barnsley paid the east Belfast side £6,500 for the then 23-year-old.

Blanchflower’s first cap for Northern Ireland arrived just six months later. He had an inauspicious start to his international career as opponents Scotland left Windsor Park with a resounding 8-2 victory.

In March 1951 Aston Villa secured his services for £15,000 and three years later he was on the move again – this time to Tottenham Hotspur for twice the transfer fee.

During his 10 years as skipper at White Hart Lane he skippered Spurs to the league and FA Cup double in 1961 another FA Cup in 1962 and a European Cup Winners’ Cup triumph over Athletico Madrid in 1963.

A witty, rational and intelligent man, undoubtedly Danny’s greatest ever achievement on the international stage was when he captained his country to the quarter-finals of the World Cup in Sweden in 1958.

Injury blighted the final 18 months of his playing career and he retired from the game in the summer of 1964.

He had a short three-year stint in charge of the national side, the highlight of which was a 1-0 victory over the Republic of Ireland at Windsor Park in his final game in charge.

Blanchflower also had a brief foray into club management with Chelsea in late 1978 but resigned after only nine months at Stamford Bridge, citing he had become disillusioned with the absence of loyalty and integrity within the game.