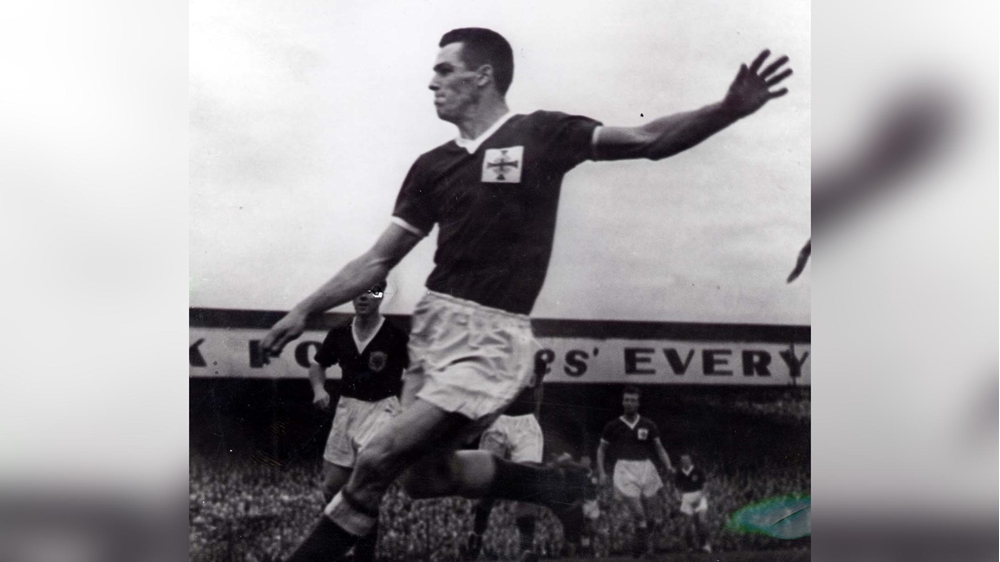 Peter McParland will forever be remembered as the man who catapulted Northern Ireland into the quarter-finals of the 1958 World Cup in Sweden.

The Aston Villa forward spectacularly scored five goals in Northern Ireland’s opening four games to set up a last eight encounter with France, however, their opponents ran out comfortable 4-0 winners against a team which by then had been decimated by injuries.

McParland, who was born in Newry, began his career across the border in the League of Ireland with Dundalk before being snapped up by Villa in 1952 for a fee in the region of £3,500.

Two years later, at 19, the outside-left made his full international debut for Peter Doherty’s side scoring both goals in a World Cup qualifying win over Wales in Wrexham.

In 1957 he scored both Villa’s goals in the 2-1 FA Cup final victory over Manchester United though that final is probably best remembered for his controversial shoulder charge on Ray Wood which left the United keeper with a broken cheekbone.

In 1960 his 22 league goals helped Villa to the Second Division title and the following year he also scored the extra-time winner which secured them a 3-2 aggregate success in the final over Rotherham United in what was the inaugural League Cup.

His time at Molineux was brief though and he played out the remainder of his career with Plymouth Argyle and non-league Worcester City as well as having successful stints in both Canada and America where he won the NPSL Championship with Atlanta Chiefs in 1967.

McParland returned to Northern Ireland to take over as player/manager at Glentoran and enjoyed League Championship success in 1970 in three seasons at the Oval.

He is now living in retirement in England aged 86.

Peter McParland is one of 10 Northern Ireland players featured in the Hall of Fame exhibit at the Education and Heritage Centre at the National Football Stadium at Windsor Park.