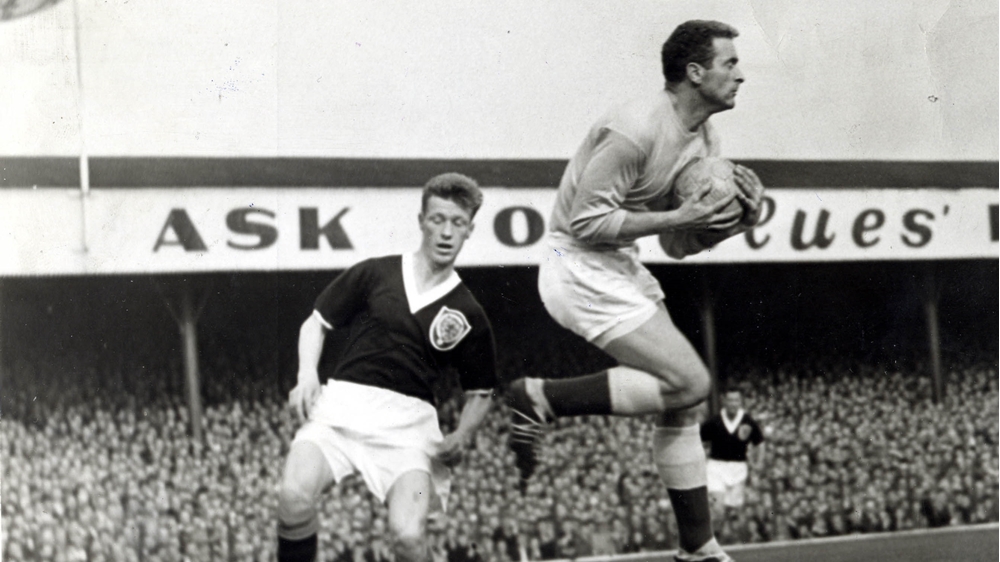 Harry Gregg was a colossus of a man both on the pitch and away from football.

Born in Tobermore, Gregg had a brief spell in the Irish League with both Linfield and Coleraine before embarking on a professional career with Doncaster Rovers in 1952 at the tender age of 18.

After playing a total of 99 games for Rovers, Manchester United signed him for £23,750 in December 1957. At the time it was a world record fee for a goalkeeper.

Two months later the Munich Air Disaster two, which claimed the lives of 23 people, saw him hailed a hero after he helped pull team-mates Sir Bobby Charlton, Dennis Viollet and Jackie Blanchflower clear from the burning wreckage.  He also rescued a pregnant mother and her two-year-old daughter as well as Manchester United manager Sir Matt Busby.

A tough, uncompromising stopper, Gregg was one of the stars of Peter Doherty’s unfancied Northern Ireland side that reached the quarter-finals of the World Cup in Sweden in 1958.

For the next four years he was the first-choice ‘keeper at Old Trafford until a succession of injuries blighted his career and he eventually departed United after making 247 appearances to take up a player-coaching role at Stoke City. 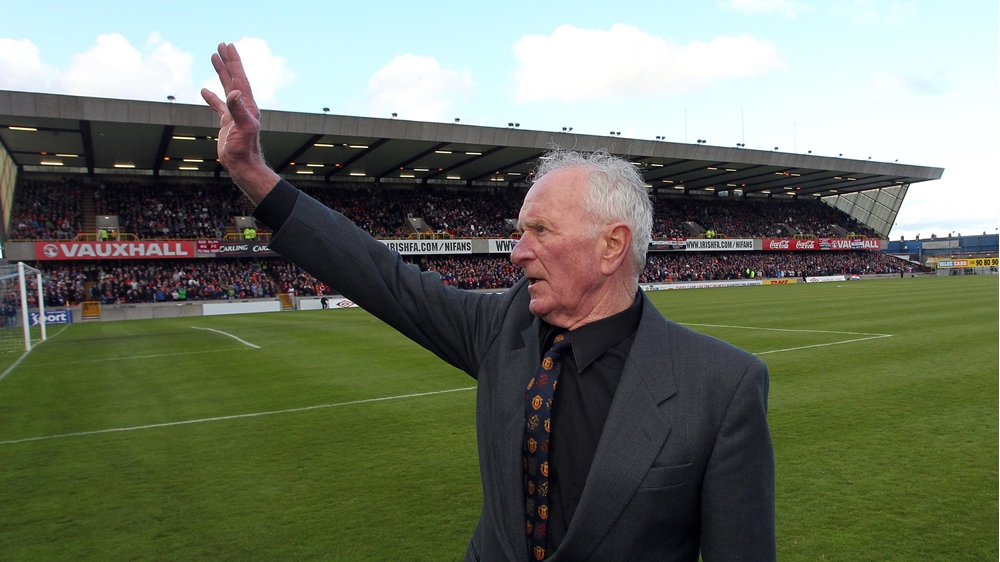 Injuries again curtailed his game time on the pitch and he played just two games for the Potters before retiring from the game in 1967.

After hanging up his boots, he first ventured into management with Shrewsbury Town, followed by stints at Swansea Town and Crewe Alexandra before returning to Manchester United in 1978 as goalkeeping coach under then manager Dave Sexton.

His last managerial position was at Carlisle United before he returned to Northern Ireland permanently and settled in his beloved north coast.

In February 2020 Harry Gregg sadly passed away at the age of 87.