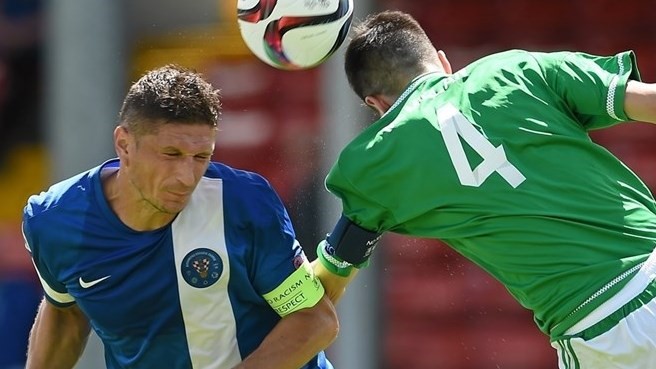 With Zagreb having comprehensively defeated Dolnoslaski from Poland in their opening match this was a must win match for Harry McConkey's men if hopes of a final appearance were to remain a possibility.

McConkey and assistant coach, Gerald Boyle, had the team well prepared for this important match, but the team conceded early in the game with a goal from Zagreb skipper, Zeljko Stulec.  Eamon Kelly's intended pass to striker Murray was intercepted and Zagreb's counter attack was slick and fast, even if there was a suspicion of offside.  Stulec made no mistake with his finish slotting past Neeson in the 8th minute.

The Eastern Region responded well though and came close on 11 minutes when Kyle Buckley won the ball well in midfield and found Thompson on the edge of the penalty area who linked well with Murray, but his shot was well saved by the Zagreb goalkeeper. The Croatians kept the ball well and were mightily impressive in possession and threatened to extend their lead in the 34th minute when the talented Bozidar Karamatic dazzled the Northern Irish defence before creating an opportunity which was well saved by Neeson, whose fingertips deflected the ball over the crossbar for a Zagreb corner.  This led to a period of sustained pressure from Zagreb and Brujic came close to adding to the Zagreb lead in the 37th minute, followed by a further attempt on goal from Strjacki in the 39th minute.

The Eastern Region finished the half strongly though when Joel Cooper won possession on the left flank and found Marcus Dallas in space whose well struck effort from 30 yards curled just wide.

Northern Ireland started brightly in the second half and played with a higher intensity probing the Zagreb defence at every opportunity.

Joel Cooper looked the likely source for a Northern Ireland equaliser as he tormented the Zagreb defence and following excellent work down the left his curling effort from the edge of the penalty area had the Zagreb keeper concerned, but dipped just over the bar.

There was a lengthy delay for 5 minutes following an injury to the Zagreb's Antun Strjacki when he and Marcus Dallas clashed in midfield, with Dallas cautioned by the referee in the 64th minute.

It was a counter attack from Zagreb after 67 minutes which was the killer blow when Arjan Rexhepi broke Northern Ireland hearts with a second goal for the Croatian side.  Rexhepi latched onto a long clearance from the Zagreb defence and despite Neeson's best efforts in the Northern Ireland goal Rexhepi managed to force the ball home.

In typical Northern Irish fashion the Eastern Region never gave up hope and got a lifeline on 77 minutes when O'Riordan was bundled over in the box and the Cypriot referee immediately pointed to the penalty spot.  Murray blasted the penalty past Zagreb keeper, Nevistic, to reduce the deficit to one goal.

In the 82nd minute Zagreb put the result beyond any doubt when Karamatic scored direct from a free kick with his delivery looping over Neeson and in off the post for Zagreb's third.

There were 6 minutes of added time, but the Eastern Region were unable to threaten the Zagreb goal again.

Harry McConkey was disappointed with the result, but acknowledged the quality of the Zagreb Region after the game.

He said, "I'm disappointed with the result, but I will be most surprised if we don't see Zagreb in the final next week.  They had the clinical incision in the final third that I felt we lacked today and I feel this was the difference between the two teams."

Looking ahead to the final group match McConkey added, "We have two days rest before the next game and we will be looking to finish the tournament on a high.  Every match we play in this tournament is a wonderful experience for my players and a great education for them.  We knew this was the 'group of death' and there are no easy matches when you get to the finals.  Polish side Dolnoslaski will be no different, but I'm looking forward to another big game on Wednesday." 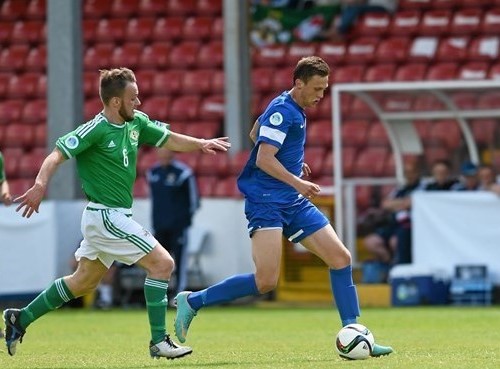 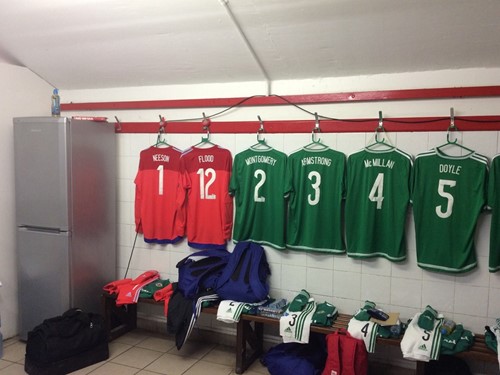