The purpose of the conference was to examine the theory and practical elements that will make up the course content for the Futsal UEFA B Licence.  The conference was delivered by UEFA Futsal experts from Spain, Italy, Portugal and Finland, all of which are involved in coaching roles within their national Futsal teams.

The content of the conference was devised and overseen by Jose Venancio Lopez, the Spanish National Team Head Coach and UEFA Futsal Expert.  He commented about the importance of delivering these events and the enjoyment he had over the four days.  “I would like thank UEFA for their support this week.  Everything that has been provided such as the equipment, the training venue and the hotel has been of the highest quality.  These events are extremely important as all the participants involved are responsible for the delivery of Futsal coach education in their country.  They will therefore have a direct influence on raising the standards of coaching which will in turn have a positive impact on the growth of Futsal.”

Italian National Team Head Coach and current European Champion Roberto Menichelli was also present to provide his insights into the fastest growing indoor sport in the world.  Roberto said “Futsal is a type of football that is played in small spaces, with reduced numbers, small goals and a specialised ball.  It is important that we provide coach education training that is specific to the game and it is pleasing that UEFA offer this opportunity to European Futsal countries.  It is extremely positive that Northern Ireland has hosted this event as it shows their commitment to the sport.  I hope that the knowledge and standard of Futsal coaching will continue to grow and that Northern Ireland will play an important role in Futsal within Europe.”

This was the first time that the Irish FA have hosted a UEFA coaching event and it highlights the strong relationships that have been formed with UEFA and the Futsal community in recent years.  Irish FA Director of Football Development Michael Boyd commented, "It has been wonderful to host other Football Associations in Northern Ireland this week and share knowledge and experiences with groups that have a passion for promoting and developing Futsal.  I would like to personally thank UEFA for all their support and for their generosity in providing this conference."

Michael added, "The Irish FA are committed to offering Futsal opportunities across Northern Ireland and hope that the game will grow in popularity both at a recreational and competitive level.  The development of Futsal is included in the Irish FA's Corporate Strategy and is also an integral element of the Irish FA's Youth Strategy which will be launched this summer.  With UEFA continuous support and the access to knowledge offered by the experts this week I am convinced that Futsal will become a positive element in our football culture moving forward."

For more information about Futsal and opportunities to become involved in this great game please contact Jonathan Michael on jmichael@irishfa.com 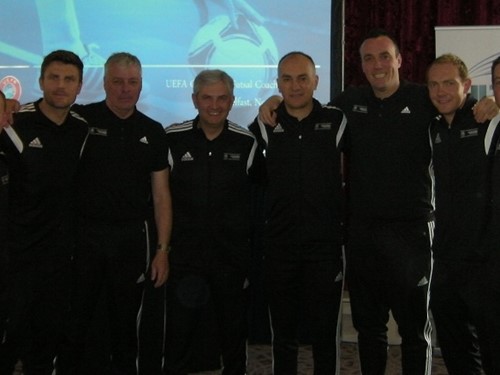 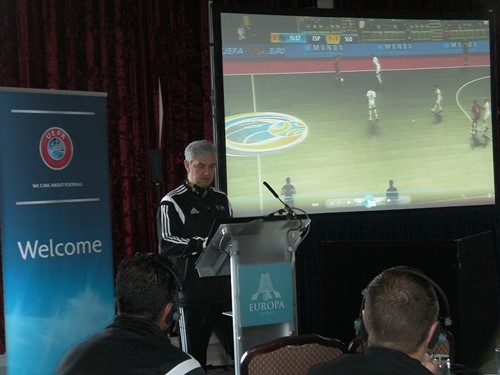 Spanish National Head Coach Jose Venancio Lopez delivers a presentation on systems of play and tactical fundamentals at the conference. 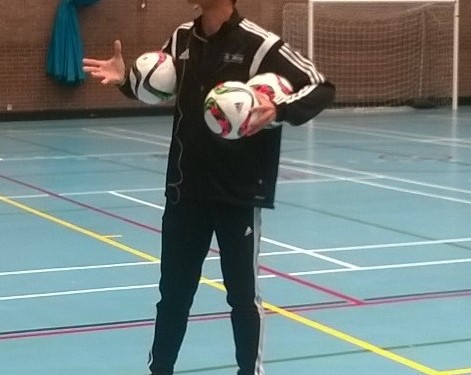 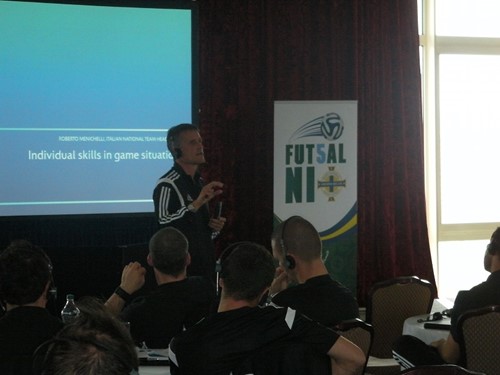