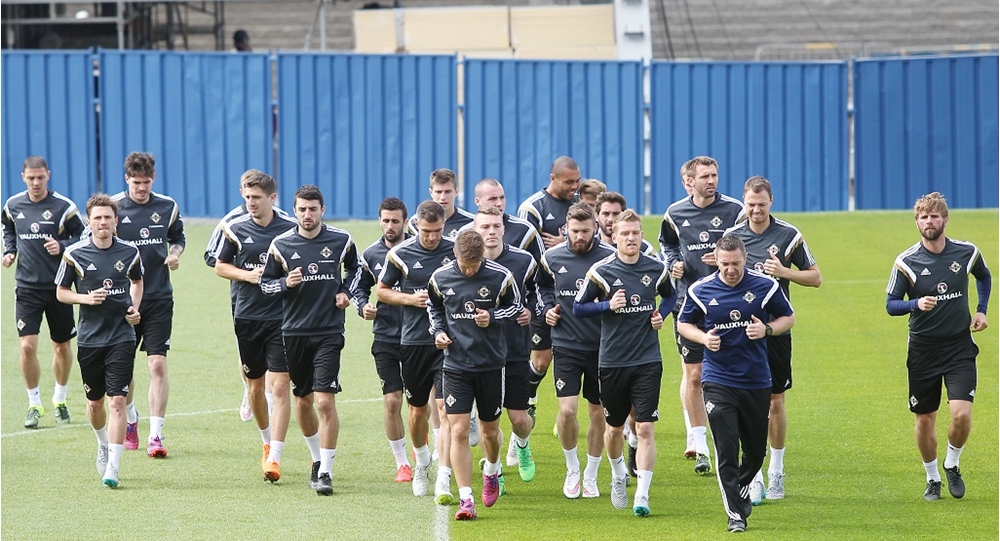 “It’s fair to say Romania are probably favourites to top the pool and qualify, but that’s understandable,” stated the 29 year-old, who was surprisingly released by Championship outfit Derby County at the end of the season.

"Let’s be honest, everyone views us as a small football country, but when we have faced the other higher ranked teams in the pool, the likes of Greece and Hungary, we have shown we can be a match for them.

“We know they (Romania) have quality in their team and that’s why they’re sitting top of the group at the moment.”

However Ward believes that the team are more than capable of raising their game once again to secure a fifth win in six qualifying contests.

“It's important our performance levels reach the same heights as they have in our other group games so far.

“It was a hard night's work, but going into Greece's own backyard and picking up three points was a fantastic result for us.  The same goes for the Hungary game.

“Because there are no big, amazing names on our team sheet, people maybe take us a bit for granted and assume we're not as good as we are, but that suits us,” he added.

“We know it’s going to be another tough encounter on Saturday evening, but we’ll have a game plan and if we stick to what Michael wants us to do, I think we should be okay.”

Michael O’Neill has, as usual, been meticulous in his preparations leading up to the crucial clash with Romania with a friendly against Qatar and a behind closed doors run-out against Martin O’Neill’s Republic of Ireland.

On Friday, it was announced that goalkeeper Roy Carroll was suffering from abdominal pain and was declared unfit to play in the game.

Meanwhile, the manager is likely to give West Brom’s Chris Brunt his 50th International cap, making him the 33rd player to reach the magic half-century milestone.

Without question, Northern Ireland’s talisman during this campaign has been 27 year-old Kyle Lafferty who has so far managed a very impressive five goals in five qualifiers, making him joint-second top scorer in the competition.

The Fermanagh-born striker, who has had an indifferent season at club level, has though been a revelation for the national team this term and Lafferty at his dogged best could cause the Romanian defence all kinds of problems tonight.

The visitors are however in good form themselves having gone their last eight International outings unbeaten conceding just two goals in the process, so victory will be hard earned.

Northern Ireland have been victors on the only two previous occasions the Romanians have played in Belfast.

The first game was back in September 1984 when 26,000 spectators filled Windsor Park to see Billy Bingham’s charges run-out 3-2 winners as they began their subsequently successful quest to reach the World Cup Finals in Mexico.

Romania’s last visit to Belfast was 10 years later in March 1994 in what was Bryan Hamilton’s first game in charge of the side.  Goals from Steve Morrow and Philip Gray, who also received a red card in that match, gave the home side a two goal friendly success. 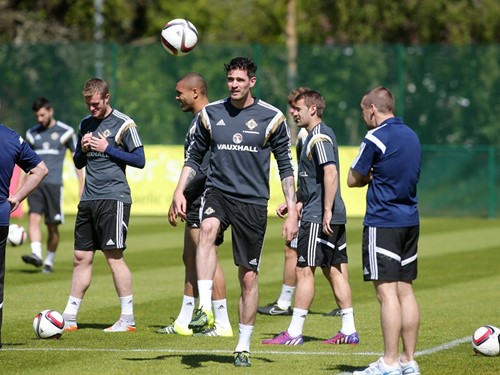 Northern Ireland's Kyle Lafferty pictured during training ahead of the UEFA Euro 2016 qualifier against Romania. 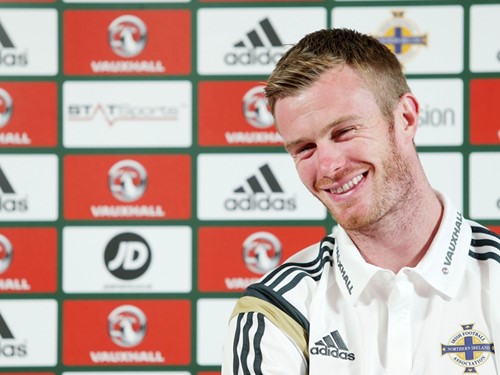 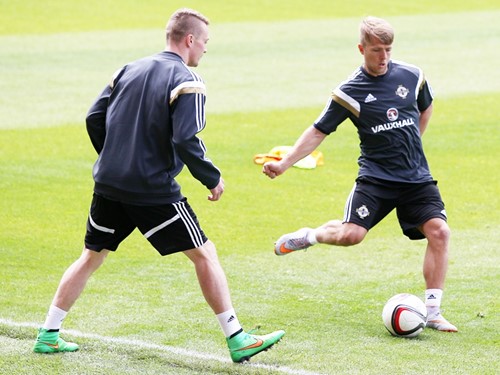