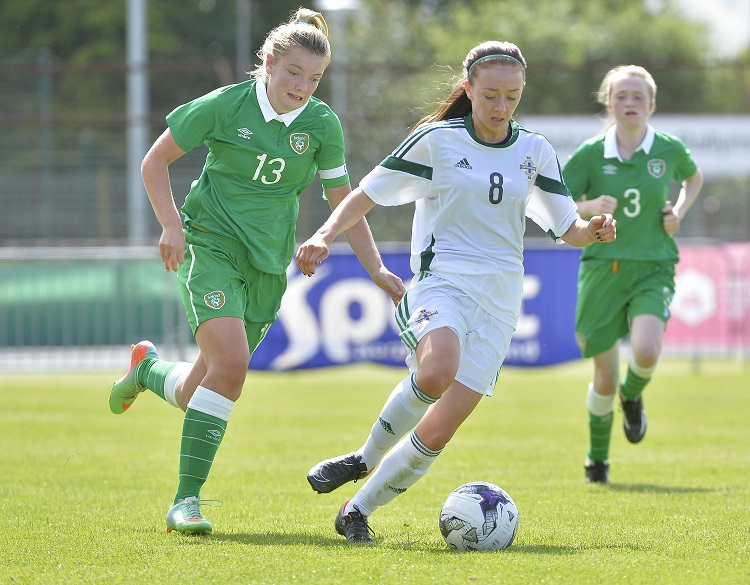 The game had the distinction of being a curtain raiser to the Dale Farm Milk Cup and followed the inaugural women’s one-day football festival featuring 10 teams from across the country in a 7-a-side Under-13 competition.

The game remained goalless until the 55th minute when the visitors went 1-0 up with a goal from Tiegan Ruddy. The Republic of Ireland then added a second two minutes from time through Niamh Sheehan.

The game provided an extremely useful exercise for Alison Nicholl’s Under 17 side as they continue their preparations for the UEFA European U17 Women’s Championship qualifying round in FYR Macedonia later this year.

Northern Ireland will take on the hosts on September 28, before games against Bosnia & Herzegovina on September 30 and Italy on October 3. 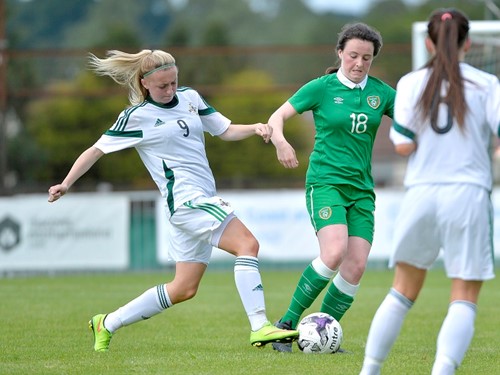