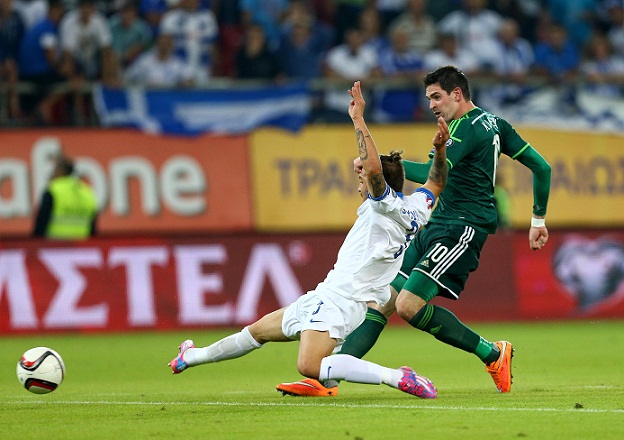 Or is your favourite one of the 5 scored by Kyle Lafferty (v Hungary, Faroe Islands, Greece or Finland)?

In the second of a new Euro 2016 Question Time series, Irish FA TV recently caught up Kyle Lafferty and his team mates along with a few fans to ask them about their favourite goal from the campaign so far.