An Australia Under-16/Under-17 Schoolboys side produced some slick football to defeat an Irish FA JD Academy U15/U16 team 5-2 at the home of Harland and Wolff Welders this evening. It was all square at half-time, and Northern Ireland went ahead just after the break, however Australia turned up the heat in the second half and ran out comfortable winners.

All the players in the 19-strong squad for the friendly in east Belfast currently attend the Irish FA JD Academy. Based at Ulster University’s Jordanstown campus, it is Northern Ireland’s only full-time residential academy for young footballers.

Midfielder Callum Burnside had to withdraw from the squad earlier today due to illness. He was replaced by George Feeney. And another midfielder, Oilibhar McCart, had to withdraw over the weekend after damaging his shoulder last week.

The game provided a rare opportunity for players at the two age groups within the Irish FA JD Academy to come together as a team. Kris Lindsay was in charge.

Australia scored with their first attack of the game. Mark Leonard got on the end of a low cross into the area and steered the ball past keeper Dara McAuley with just two minutes on the clock.

Captain Ryan Donnelly shot straight at Australian keeper Sam Flannery and Cole Brannigan curled a free-kick over the bar before the JD Academy team conjured up an equaliser. Dylan Stitt applied the finishing touch after some good build-up play.

A swift attack ended with Aldieri testing McAuley once again and Sekhon fired the rebound wide. Then Aldieri found Sekhon 10 yards out and his low shot was saved by McAuley.

Towards the end of the half another sweeping Australia move saw Justin Mayo get in down the left, however he curled his shot wide of the upright.

Just after the break substitute Kenzie Beattie sped down the right flank and crossed to the back post where Braiden Graham guided the ball in from close range to make it 2-1 to the home side.

Australia substitute Oscar Fryer drew the sides level on 65 minutes with a neat finish. And three minutes later Fryer tucked the ball home from close range to make it 3-2 to the visitors.

Northern Ireland pushed forward in search of an equaliser, however Australia scored again. This time Knezevic was on target with a shot from the edge of the area.

Another penetrating move brought Australia’s fifth. Substitute Ali El Sabah found the back of the net. 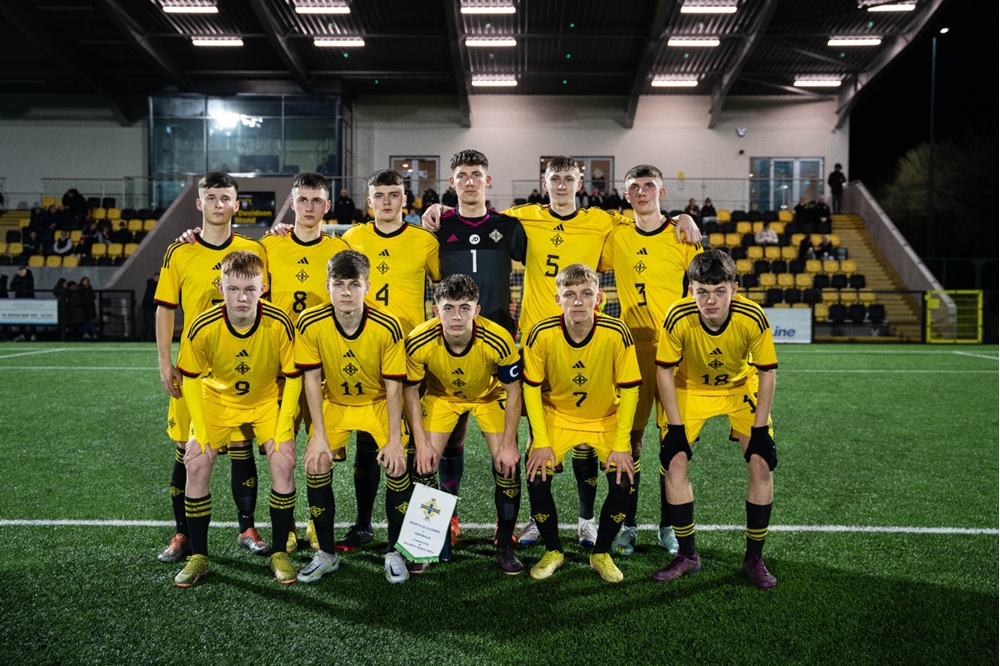