A physically strong and energetic Australia U18/U19 Schoolboys team proved too strong for Northern Ireland’s Under-18 Schoolboys as they began their preparations for this year’s Centenary Shield.

It was manager Simon Nicks’ first game in charge of the Northern Ireland U18 Schoolboys team following the death of previous manager Frankie Wilson back in October. Nicks was assistant boss under Wilson, a well-known figure in Northern Ireland football circles who was just 52 when he sadly passed away.

The U18 Schoolboys squad will travel to Jersey next month to play two friendly games (6 February and 8 February) against Jersey Select teams before the Centenary Shield kicks off in March.

After a scrappy start the game burst into life when captain Michael Morgan produced a neat finish on 15 minutes to give Northern Ireland the lead.

Australia then pushed forward but were repelled by a strong home defence before midfielder Noah Maieroni pounced on a loose ball to slam home an equaliser.

The visitors took the lead on 30 minutes when the ball was fed to midfielder Will Freney just outside the area and his crisp shot sailed over Northern Ireland keeper Rian Brown’s head into the net.

Brown saved well at the feet of striker Thomas Waddingham as Australia continued to push forward, while down the other end Morgan fired an effort just wide of the post.

As half-time approached Morgan got on the end of a long ball, however his low shot was comfortably gathered by Australia keeper Cayden Henderson.

Just after the break Northern Ireland substitute Charlie Chapman cleverly nipped in behind the Australia defence and the ball eventually fell to Luca Doherty who fired over the top, while Australia attacker Jesse Photi’s low drive rebounded into Brown’s arms off the inside of the post.

Although Northern Ireland looked more lively in the second period, it was Australia who extended their lead in the 75th minute when Maieroni clipped the ball into the bottom corner from 10 yards.

Odhran McCart nodded wide from a corner as Northern Ireland tried to respond, while Brown pushed a rasping shot from Australia substitute Matej Busek around a post and defender David Seselja’s low drive crept past the post.

A whipped Ben Walker corner caused panic in the Australia ranks but the ball was cleared, while substitute Joshua Ness blasted the ball over the bar from an angle as Northern Ireland worked hard to pull one back.

Brown produced another fine stop from a Busek blaster as Australia turned the screw once again and they ran out comfortable winners in the end. 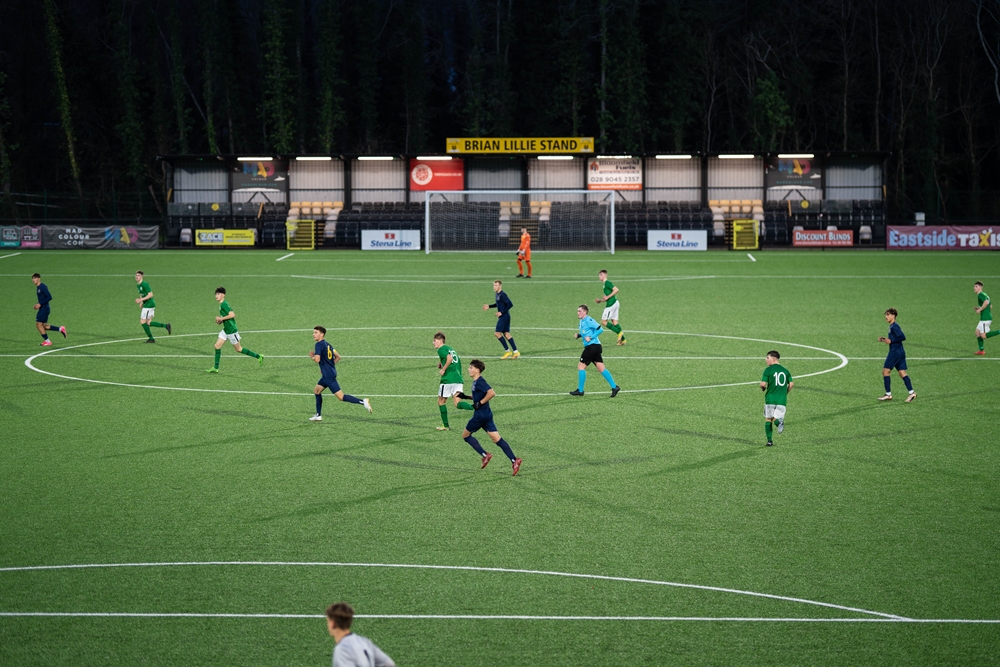