Vote For Goal Of The Year 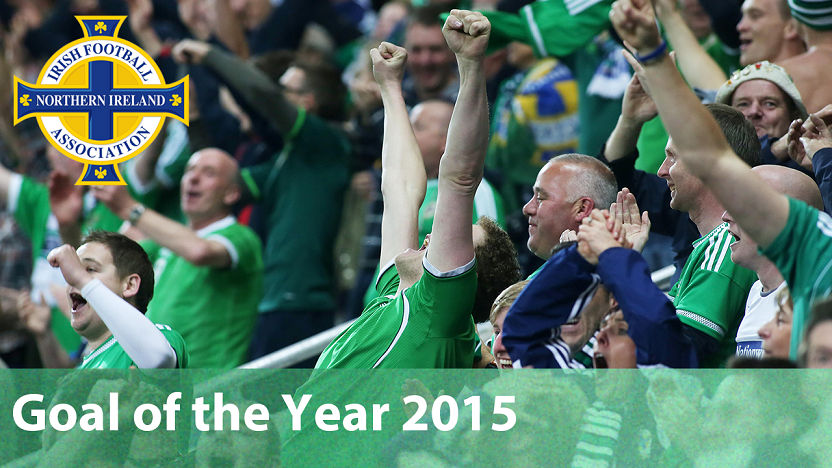 Goals from Steven Davis, Rachel Furness and Kyle Lafferty have made it into the final three, with the winning goal being decided by a public vote.

Goal A
Steven Davis’ header from the edge of the box during Northern Ireland’s victory over Greece on 8 October.

Goal B
Rachel Furness’ 40 yard strike against Switzerland at Mourneview Park on 27 November.

You can watch all three goals here: Goal Of The Year Selection