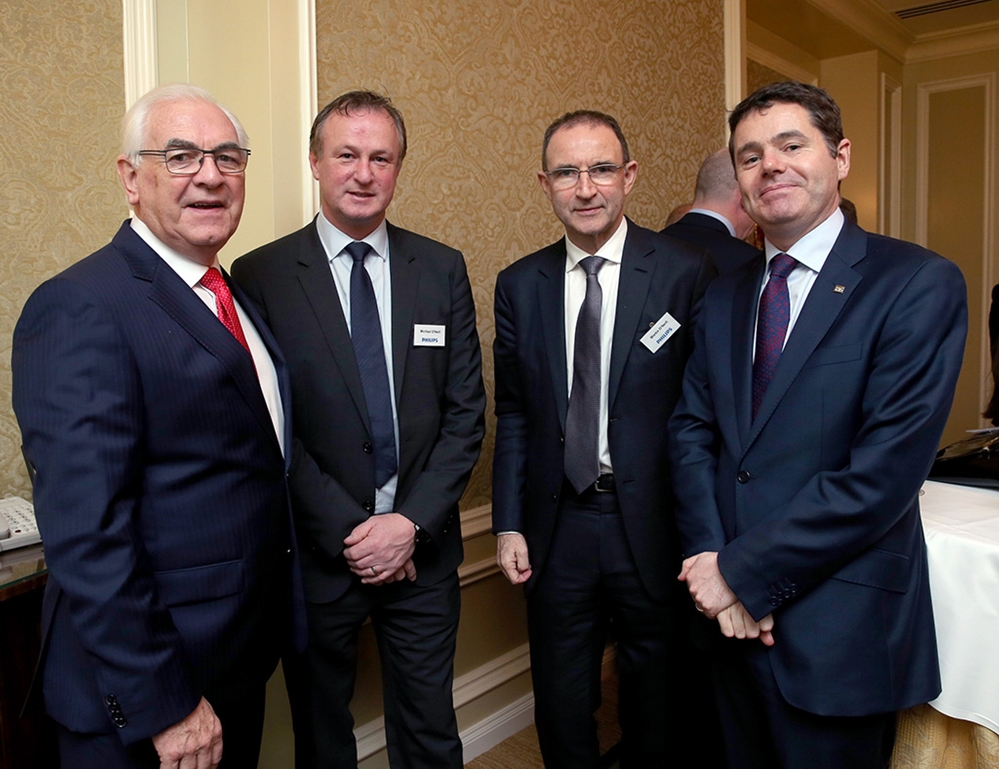 Both managers steered their national teams to qualification for the 2016 UEFA European Championship.

Having reached the playoff stages of their group in the Euros, due in no small part to a superb 1-0 home victory over the World Cup champions, Germany, the Republic of Ireland faced Bosnia & Herzegovina over two legs for a place in the finals in France. A tightly fought 1-1 away result left the boys in green marginal favourites for the home tie three days later. An Irish penalty early on settled the nerves but it was not until Walters scored a second goal well into the second half that Martin O’Neill, Roy Keane and the supporters could celebrate the qualification success.

In October in Windsor Park, a 3-1 victory against Greece saw Northern Ireland top their group with a match to spare and reach their first Euro tournament ever, and their first major championship in 30 years.

Paschal Donohoe, Minister for Transport, Tourism and Sport and Cel O’Reilly, Managing Director of Philips Ireland, presented both men with the 2015 award at a special lunch event held at the Intercontinental Hotel, Ballsbridge, Dublin.

Also in attendance were the other managers who had won monthly awards this year, representatives from Irish sporting bodies, members of the media, and trade customers of Philips Ireland.