Michael O'neill Awarded Coach Of The Year At Bbc Spoty 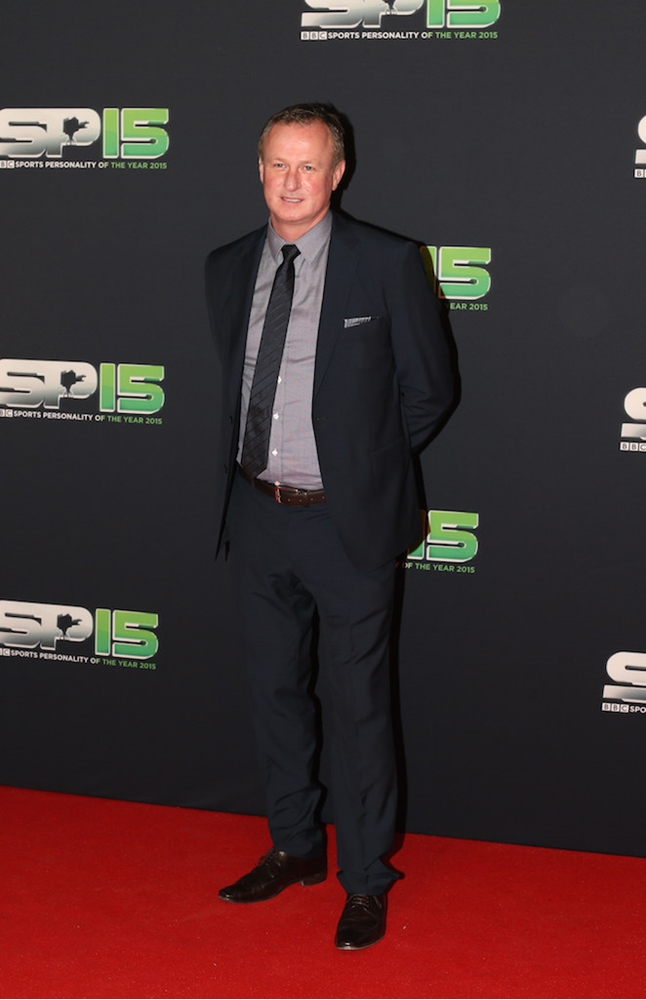 His latest award came on the back of his recent success with the Northern Ireland team as they finished top of their Euro 2016 qualification group to book their ticket to the Championships in France next summer.

O’Neill was presented the iconic trophy by major winning Northern Irish golfer, Graeme McDowell and Olympic Heptathlon champion, Denise Lewis. The Belfast crowd erupted and rose to their feet to show their appreciation of his achievement.

‘It’s been amazing tonight and to be here in Belfast makes it even more special,’ said O’Neill.

‘To be manager of my country and going to France is very special for me. First of all, I want to congratulate all the nominees, it’s very humbling to get the award tonight.

‘I want to thank the association. Two years ago we were not in a great place and it would have been easier for me to walk away and for the association to go with someone else, but we stuck together and we are where we are today. I should recognise that.

‘I’ve got a fantastic backroom staff that work round the clock, they've played as big a part as I have.

‘AP McCoy thanked his horses, I want to thank my players. They come from both sides of the community and our proud to represent our nation.’

A memorable weekend also saw Michael O’Neill awarded the RTÉ Manager of the Year award in Dublin a night earlier.

Other winners on the night were: 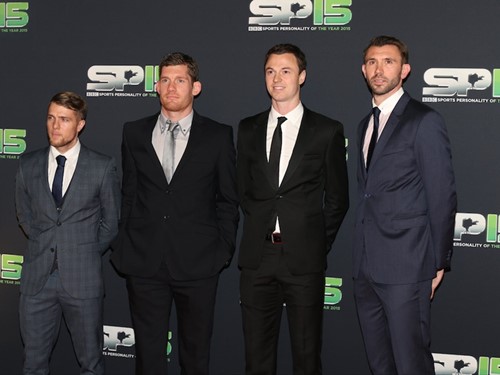 Jamie Ward, Michael McGoven, Jonny Evans and Gareth McAuley at the BBC Sports Personality of the Year awards in Belfast.