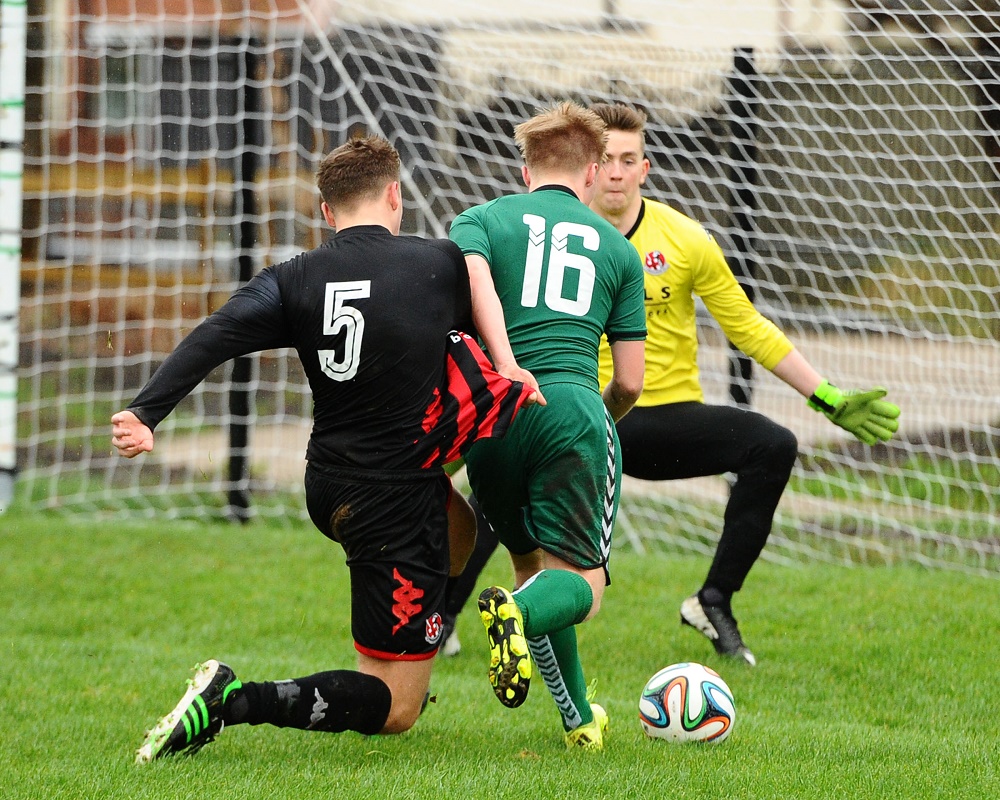 Fast forward to today and there couldn't be a more of a contrast.

Up to two-and-half hours before kick-off the game was in doubt but it went ahead and the conditions played a big part in the outcome. Storm Desmond was making himself known with high winds and constant rain throughout.

It was a game which would see whichever side acclimatized first would run the show.

Both teams started well on a very soft pitch and it was Crusaders Colts who seemed to settle first when on 12 mins Brandon Doyle opened the scoring with a far post header from six yards.

Crusaders continued to adapt well and chances presented themselves on the 31st minute when Wesley Patterson saw his shot saved by Dundela 'keeper Oliver Fleetham.

Another chance presented itself five minutes later when Colts number three Dale McCreery just couldn't connect at the far post to a powerful cross from Doyle.

The North Belfast side got their second on 40 minutes from a Dylan O'Kane free-kick and to make matters worse for the Duns they were reduced to ten men following Simon Johnston's dismissal in an incident that led to the set piece being awarded.

The 'Wee Crues' settled first after the break with Ross Holden adding to their account 13 minutes in from close range with the 'keeper rooted to the goalline.

But Dundela were starting to come back into the game, duly reducing the deficit on 71 minutes when Bradley Porter poked the ball home through a mass of players following a goalmouth scramble.

Both teams battled hard against the wind and rain but it was the Crues that struck next when substitute Aaron McClean found the back of the net on the 83 minutes.

Then, sixty seconds later, Doyle made it 5-1 before supersub McClean added a sixth three minutes from time. 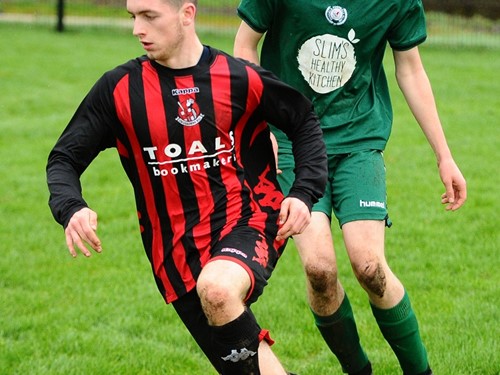 Man of the Match Stephen Sullivan in action 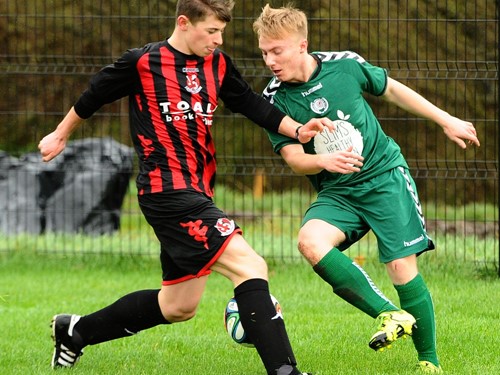 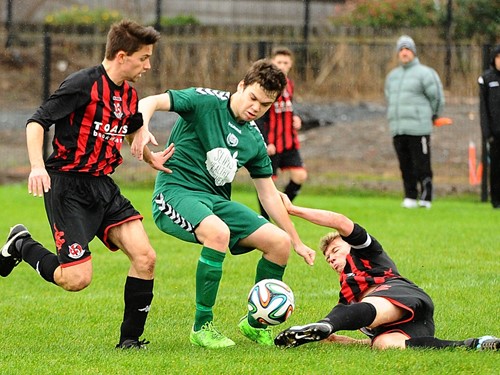 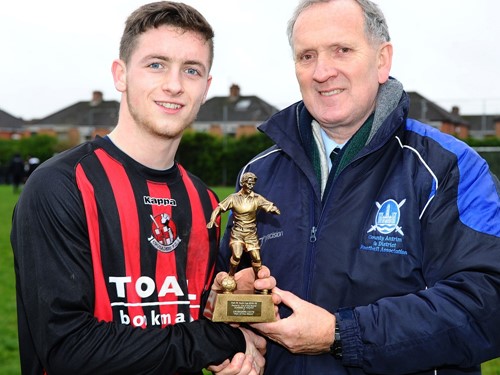 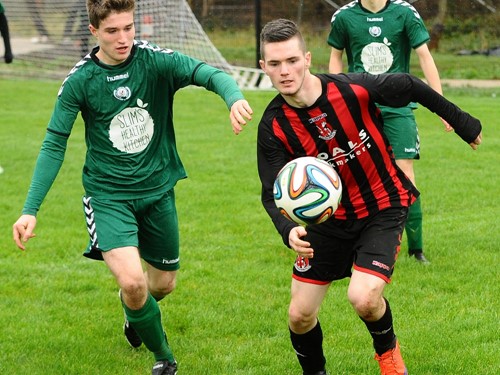