WATCH: Hungary 1-2 Northern Ireland - go back to where our Euro 2016 journey began

When Kyle Lafferty found the net in Budapest on an early September night back in 2014 it marked Northern Ireland’s first away win in four years.

His late strike against Hungary not only smashed a long and unwanted record on the road but for the Green and White Army gathered in the Groupama Arena and those watching from home it also fuelled a tangible sense of belief that something bigger could be on the horizon.

Hope that maybe, just maybe, this could be the campaign that would lead to a fourth appearance at a major finals.

The 2-1 win still stands as Northern Ireland’s only victory in six against the Hungarians but it laid the foundation for an unforgettable qualification ride which culminated in booking a spot at UEFA Euro 2016 for Michael O'Neill's men.

Relive Niall McGinn and Lafferty’s late goals tonight at 8.00 on Northern Ireland’s YouTube channel and Facebook page where we’re giving you the chance to watch the game in full.

Get involved on social media. Maybe you were at the game? Maybe you went crazy in your living room when Lafferty scored? Drop us a comment when tonight’s game goes live and share your memories. #GAWA 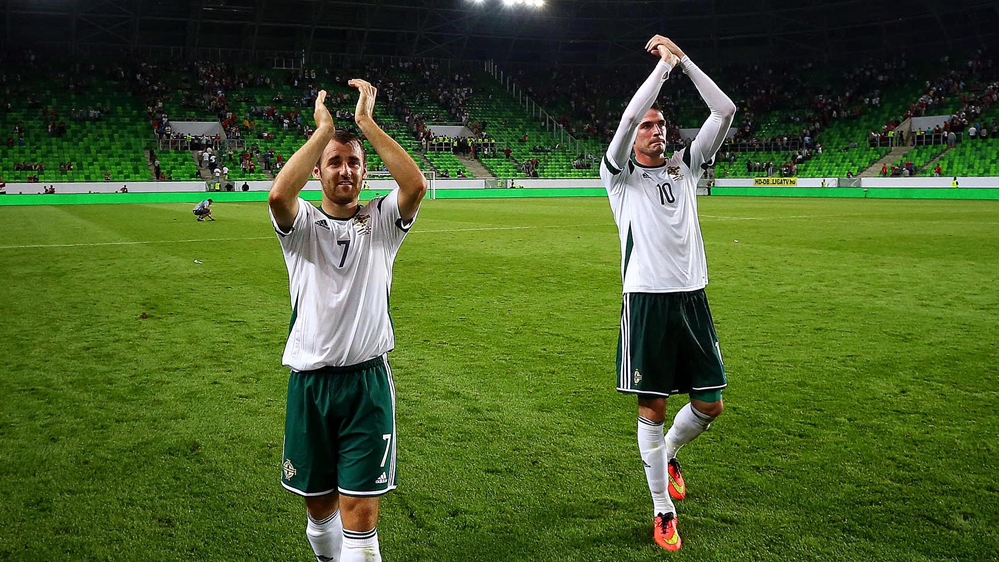