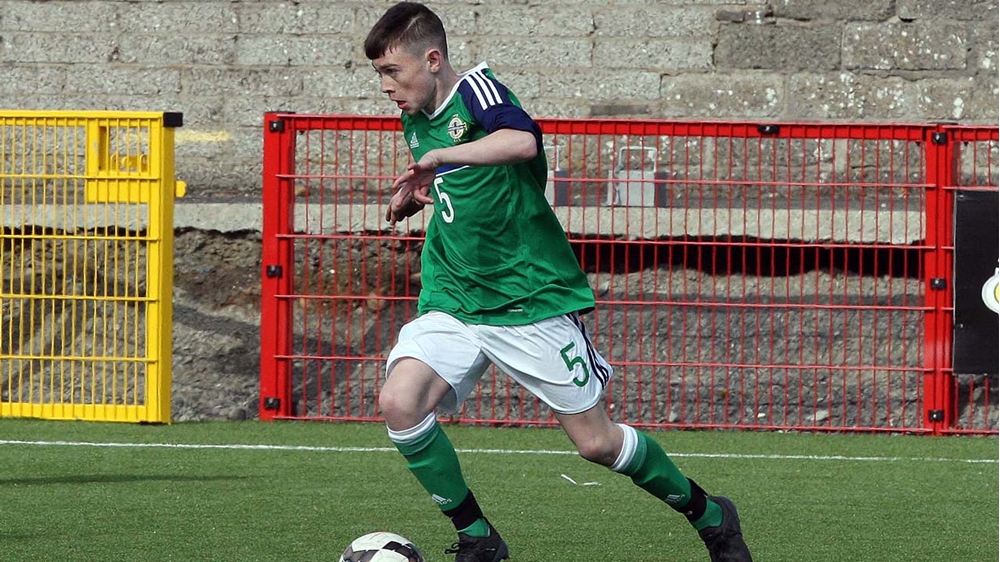 Participants on the Irish FA’s elite player development programmes for both boys and girls have been honing their skills at home during the coronavirus pandemic.

Whether they are part of the UEFA Academy or JD Club NI programme for boys or the Electric Ireland Regional Excellence Centres for girls, the young players have been given online access to workout sessions aimed at keeping them fit and healthy as well as coaching sessions focusing on skills development among other things.

And during their downtime the players on the elite pathway have been responding by showing off the skills they are currently fine-tuning - via a series of videos.

Chris Cope from Castlewellan has been working hard in his garden. The 2005 age group player, who is on Glenavon’s books, can be seen practising technical ball work at speed topped off with an explosive finish.

Callum Marshall from Glengormley, who is a Linfield player and is with the 2004s, has filmed himself undertaking a ball mastery session with speed work.

And Caolan Donnelly from Belfast, who plays for Cliftonville, is caught on camera doing keepy-ups with his strong foot for two minutes and non-preferred foot for one minute. Caolan is right footed but in the video he keeps the ball up for well over two minutes with his weaker left foot.

A basketball net was deployed by Ellen McCartney, a 2006 age group midfielder with Camlough, as she practised her skills.

Daisy Moore, a 2009 player with Linfield who operates as a wide player, also showed off her ball skills, while Rhyleigh McComb, a 2007 wide player whose club is Valley Rangers, tackled a drill involving cones.

All three girls are part of the Electric Ireland Excellence Programme in the Down/Armagh region.