WATCH: Northern Ireland v Greece - the match that sent us to Euro 2016 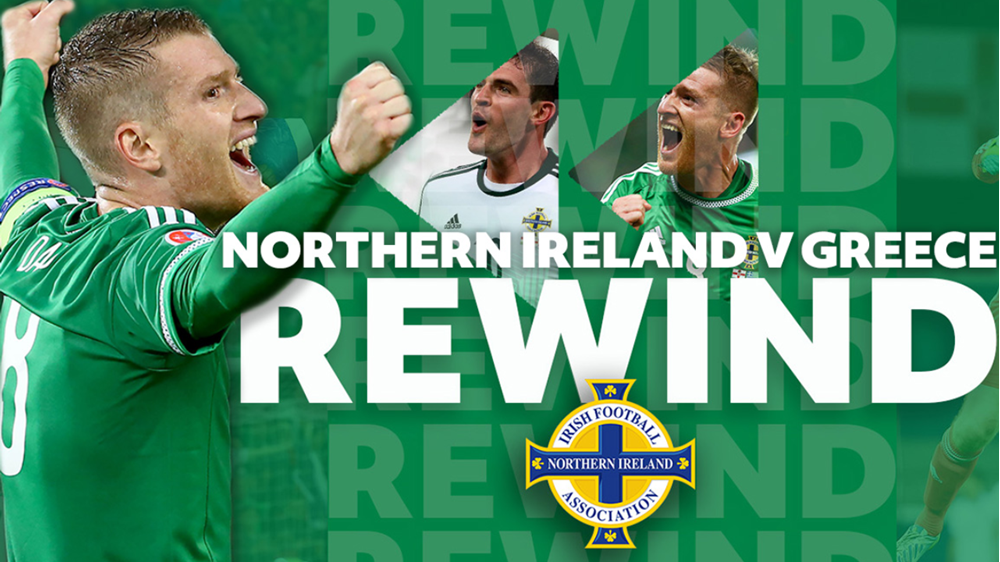 Relive that magical night in October 2015 as Northern Ireland qualified for a major tournament for the first time in 30 years. The team and the GAWA dared to dream as they were on their way to Euro 2016 in France.

Goals in each half from skipper Steven Davis and another goal from Josh Magennis sealed victory for Northern Ireland against the Greeks on an unforgettable night in Belfast.

And a late Greece goal from Christos Aravidis did not spoil the celebrations.

Relive Davis’ goals and Magennis’ header tonight at 8.00 on Northern Ireland’s YouTube channel and Facebook page where we’re giving you the chance to watch the game in full.

Subscribe to our channel below so that you get a notification when we go live.

Get involved on social media. Were you at the game? Maybe you went crazy in your living room when Davis scored?

Join us in the comment sections when the game goes live and tell us your memories. #GAWA

You'll be able to watch the game in full from 8 o'clock by CLICKING HERE.