Boys Across the Water | Josh Magennis on target for Hull City 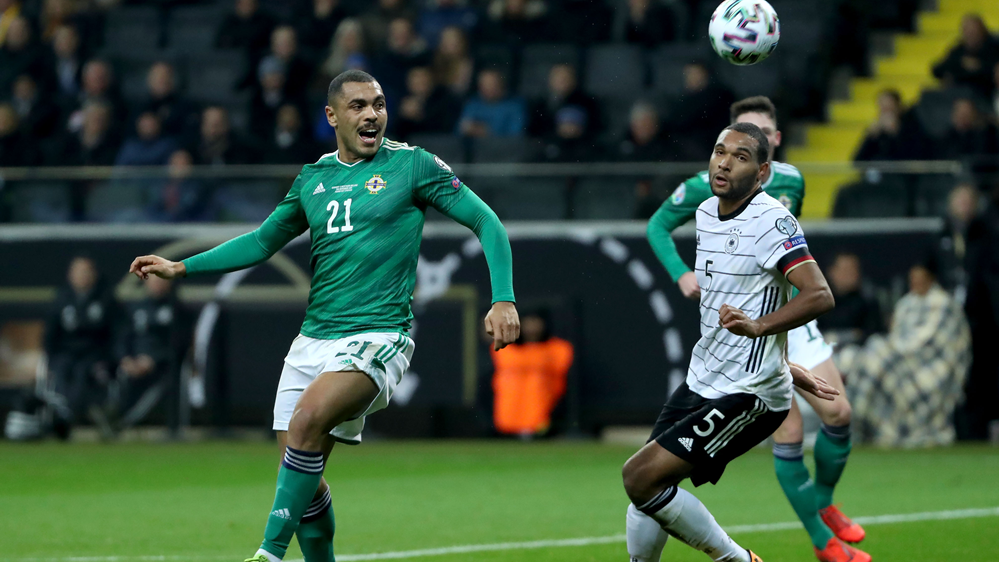 Striker Josh Magennis scored his fifth goal of the season as struggling Hull City left Birmingham City with a point following their 3-3 draw at the weekend.

The 29-year-old headed home to give Grant McCann’s side a second-minute advantage against the St Andrew's outfit. But in the end the visitors had to be content with just a point after twice relinquishing the lead.

Elsewhere in the Championship, Stuart Dallas was part of the Leeds United side who remain on course for automatic promotion following a 3-0 home win over Fulham, while winger Gavin Whyte was again an unused substitute for Cardiff City who moved into the play-off positions with a 3-1 win at Preston North End.

New Middlesbrough boss Neil Warnock started both Paddy McNair and George Saville in midfield as they eased their relegation worries with a 2-0 victory at Michael O’Neill’s Stoke City, who had former Rangers and Blackpool midfielder Jordan Thompson in their line-up.

Millwall included winger Shane Ferguson in their starting team in their goalless draw at Barnsley. However after scoring on his return from injury last week Corry Evans was absent from the Blackburn Rovers team on Saturday with a fractured foot.

“It looks like he’s fractured his big toe,” Rovers boss Tony Mowbray told the Rovers website. “It’s too swollen and too sore at the moment, so we’ll see if it settles down or plays with injections.

“We’ll have to wait and see, but at the moment he can’t put his boot on, which is why he didn’t play at Wigan.

“That’s a bit of bad luck after his excellent performance against Bristol City and the injury he sustained against Preston in January.”

There was disappointment for Northern Ireland players in the last eight of FA Cup as Jamal Lewis’ Norwich City were knocked out of the competition thanks to Harry Maguire’s injury-time winner for Manchester United, while Jonny Evans’ Leicester City were also eliminated following a 1-0 defeat at home to Chelsea.

Finally, in the Premier League, Watford recalled defender Craig Cathcart to their side to face Southampton yesterday but they remain just a point above the relegation zone after suffering a second successive defeat.